6 Benefits Of Getting A Prenup Before You Get Married 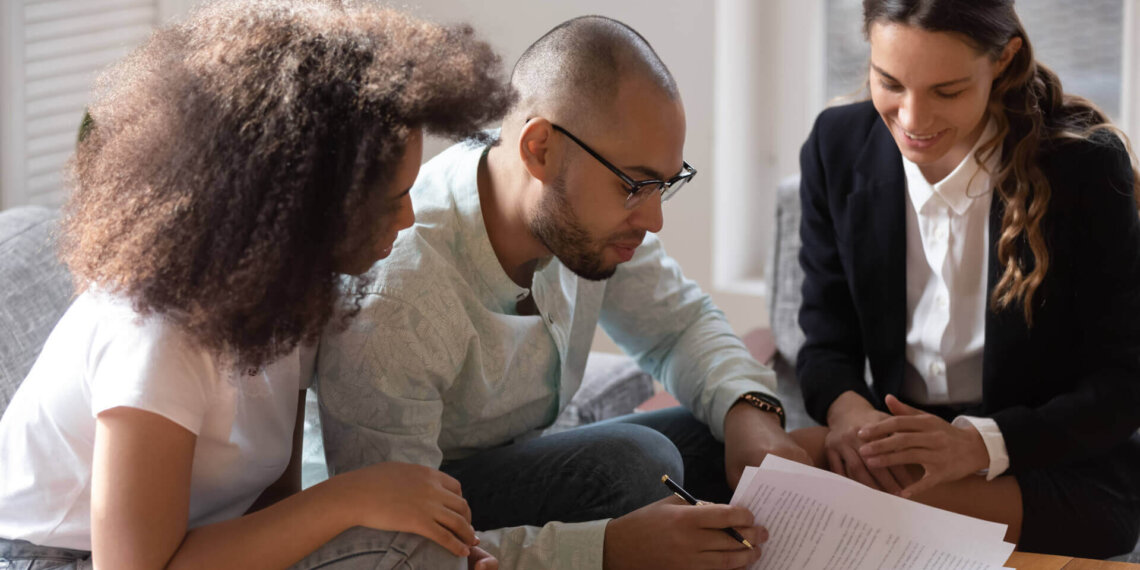 Most people get into a marriage hoping that their union will last a lifetime. But this is not always the case as several couples end up divorcing. One of the conflicts that emanates from divorce has to do with properties and finances. Signing a prenuptial agreement can keep you protected in case your marriage ends up in a divorce.

A prenup agreement clearly stipulates how assets and debts would be divided between a couple in the event of a divorce. It is a great way of avoiding prolonged court battles that are costly and emotionally draining. Though not everyone may need a prenup, the number of people who are opting to sign prenups is on the rise. However, it is advisable to get as much information as possible about prenups before you sign one.

A prenup is a legal document. This means that if you decide to sign one before you get married, you will need to get a credible family lawyer like Emily McFarling to prepare one for you. In addition, there are numerous benefits of signing a prenuptial agreement and six of them are discussed below:

One way of initiating an honest discussion about finances, assets and liabilities in a relationship is discussing a prenup agreement. Though it may seem daunting, having a candid conversation about these issues enables a couple to understand each other’s expectations before they tie the knot. There are couples that have a conversation about the contract but don’t get to draft it.

This is still beneficial because they will be starting their marriage with open communication and a deeper level of trust that can help sustain their relationship for many years. Even so, having a well-drafted prenup agreement enables couples to solve common legal issues if they decide to divorce. This also helps you fast track your divorce process by resolving any issues that might arise.

If you have accumulated wealth and you marry a partner whose assets are significantly less, you risk losing a considerable amount of your wealth to him or her if you divorce. In such a situation, you may want to take some steps towards protecting your wealth.

This is particularly important if you have retired or are almost retiring because you simply won’t have a chance to earn money in case of a divorce. The best way to protect your assets in this case is getting in a prenuptial agreement with your spouse before getting married. With such an agreement, you are guaranteed that your assets will be distributed fairly in the event of a divorce.

When initiating a divorce, most couples are often on the same page. However, as time passes, they begin to disagree on important issues which makes the divorce process costly and time-consuming. But even where couples agree on the legal issues that hamper a typical divorce, the process can still be long and expensive.

This means you can easily spend hundreds or thousands of dollars in legal and court fees before your marriage is formally annulled. Having a well drafted prenup agreement can help you quickly resolve common legal issues that typically cause divorces to drag on, and keep you from being trapped in lengthy court battles.

5. Protects You From Debt

When you get married to a person, you may not be aware that you could end up sharing their obligations that include debt if the issue is not discussed and an agreement arrived at in advance. If one person has a significantly higher debt than the other, it is important for the debt-free spouse to protect him or herself. A prenuptial agreement allows you to have a discussion about debt and protect yourself from assuming obligation of your spouse’s debt situation.

This means that when you sign a prenup agreement before getting married and you file for a divorce later on, your spouse’s financial liabilities cannot be transferred to you. It is important to sign a prenup agreement especially if you live in a state or country where assets and debts are considered to be jointly owned by spouses.

6. Protects Your Kids And Business

If you get married and have kids from a previous union, it is important to consider the impact your new marriage will have on your children. Signing a prenuptial agreement enables you to designate specific assets to your children. This ensures that your children are protected and that they do not lose the rights they have over your property.

If you own a business, you can designate it as a separate asset in your prenup agreement too. This ensures that in case of a divorce, your business will be immune and you will not be forced to liquidate it.

Getting married is something that many people look forward to. When tying the knot, nobody anticipates that they might divorce their spouse later on. But there are no guarantees in marriage and if things don’t work out, the divorce process can be emotionally and financially draining. However, couples can make a divorce less complicated by signing a prenup agreement before getting married.

This is because it allows you to discuss and iron out issues in advance that would otherwise delay the divorce process. For instance, negotiating how assets and debts would be shared with your spouse in case of a divorce eliminates conflict over property that characterizes many divorce cases, causing them to drag on for years.