Not all property purchases work out. Sometimes they fail spectacularly and without warning. Other times, you’re stopped at the first hurdle by something insurmountable. It’s certainly useful to prepare as much as you can ahead of time to avoid certain problems cropping up.

Here are six reasons why property purchases can sometimes fail.

1. The Survey Found Something “Interesting”

Performing a structural survey on a piece of real estate that you’re planning to purchase can bring surprises with it. What the surveyor may term as “interesting” or “curious” is often something of a concern to you or me.

It could be termites found around the deck out back, a problem with the building’s foundation due to recent tremors in the area, or something else entirely.

Lenders may require a survey and see certain findings as a reason to pull their lending offer. After all, you’re using the property value as collateral on the mortgage. They won’t go ahead if they don’t feel the value is there to cover the principal adequately.

2. Borrowing as a Self-employed Person or Couple

If you’re self-employed, then it can be difficult to find a cooperative lender. They feel a bit nervous lending to someone who doesn’t have a traditional job despite their being millions of self-employed people now.

The concern possibly stems around statistics that indicate self-employed businesses often fail within the first few years of their existence. However, when digging deeper into the official statistics, it shows that these are more grouped around high-risk industries like restaurants, hospitality, and bars, or nightclubs. Nevertheless, some lenders don’t differentiate.

To find a willing lender for a mortgage, it’s necessary to look around. To see what’s lenders are suitable for self-employed people, you can find more info here.

Poor credit is often cited as a reason for a mortgage being declined.

If buying as a couple, it may not be possible to borrow enough to make the purchase amount. When there’s insufficient money to place a significant deposit down, that leaves few options to reduce the amount that’s needed to borrow or to bridge the gap.

Also, bad credit could lead to a lending offer that’s unfavorable with the interest rate. This will push up the monthly repayments, causing you to pull out of the deal. At that point, the house purchase may be unaffordable for you until your credit is improved over time, or a less expensive home is selected.

To avoid getting stuck making a contractual agreement to purchase a home and not being able to get out of it, buyers will often include continency clauses. If you’re about to make a purchase, you may do the same.

These clauses essentially say that you’ll agree to purchase the home at a certain price contingent on certain things holding true. This might include that the plumbing leak is fixed, and an independent plumber has inspected the fix to confirm it’s resolved satisfactorily. It might be subject to getting a successful mortgage approved, or the sale of another property going through prior.

Both the buyer and seller much accept and agree to the contingencies. As a result, sometimes this can lead to a deal falling through.

5. Seller Won’t Come Down in Price

Usually, in a negotiation, there is a fair amount of give and take on the price. Once the price has been knocked down a few times, the seller will communicate through their realtor that it’s their “best and final.” What this means is that it’s as far as they will go, and no further price drops will be considered.

Some sellers don’t like to negotiate. They may only drop their price once or not even agree to do that. The whole idea of negotiating the price of their home may be upsetting or disagreeable to them on some grounds. As a result, the price won’t come down the typical amount to get it into the price range that’s deemed fair by you.

6. Breach of Contract or Loss of Good Faith

A contractual agreement is between two or more parties. Sometimes, these are breached and then there is no going back.

While you as the buyer might decide not to make a serious complaint about the breach, it might be discouraging enough to not trust the seller and pull out of a deal.

Ultimately, you’re trusting that the home that’s been put on the market is offering fair value and that the seller is not being deceptive or tricky. Contracts are in place to ensure some rules cannot be broken. When a seller knowingly breaches an agreement, it is enough to give anyone pause. And once doubt settles into a deal, it’s likely to derail in a hurry.

There are many reasons why a property deal may fall through. Try to avoid the obvious ones, but some just catch you by surprise whatever you do. 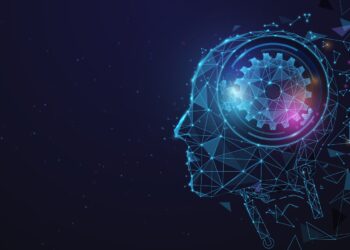