…And Justice for All! The Chief Justice Labarga Story 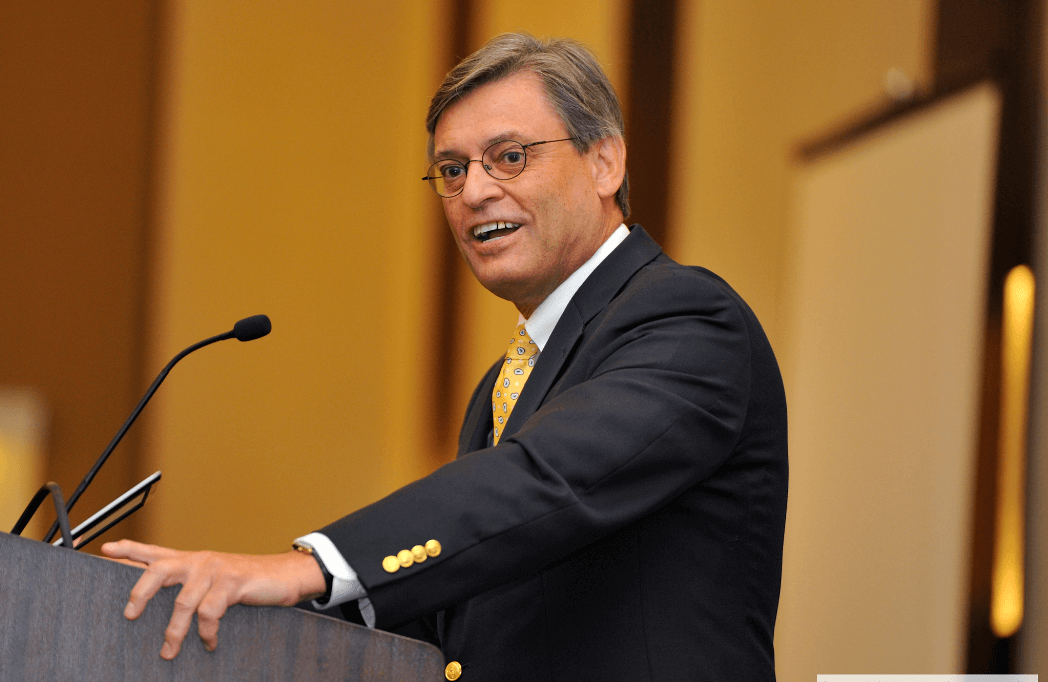 I have had the privilege of hearing Chief Justice Jorge Labarga speak three years in a row at the Annual Chief Justice Labarga Luncheon, hosted by the Palm Beach County Hispanic Bar Association, and I have always left feeling inspired. So when I was offered the opportunity to interview the Chief Justice and write an article about him, I jumped at the chance.

We began by discussing what inspired him to become a lawyer. Born in Cuba in 1953, Jorge Labarga was a small boy who intently watched his father, who was heavily involved in the movement to topple the Dictator Fulgencio Batista. Fidel Castro came in offering great promises of an American-style democracy for Cuba, but soon this great dream turned into a “Marxist nightmare.” At the age of 11, Labarga immigrated to the United States, but never lost sight of his roots. At a young age, he decided that the best way to help preserve the democracy of the great nation that took in and welcomed his family, was to become a lawyer. We discussed the important role that lawyers played in forming this country, noting that of the 55 delegates who attended the convention to write our Constitution, 34 were lawyers, and that of the 56 signers of the Declaration of Independence, 25 were lawyers. For the Chief Justice, promoting and preserving our Constitution is always at the forefront.

Labarga has an extensive and diverse background that has greatly influenced his time as chief justice. Larbarga received his undergraduate degree from the University of Florida in 1976 and his Juris Doctor from the University of Florida Levin College of Law in 1979. He began his career as an assistant public defender from 1979 to 1982, and then became a prosecutor as an assistant state attorney from 1982 to 1987. In 1987, he joined a large Florida law firm, where he became a formidable personal injury attorney. Labarga continued his career as the founding partner of a West Palm Beach law firm, from 1992 to 1996. Gov. Lawton Chiles appointed Labarga to the circuit court of the 15th Judicial Circuit as a trial judge in 1996. Furthering his career, Gov. Charlie Crist appointed Judge Labarga to the Fourth District Court of Appeals in 2008 and then to the Florida Supreme Court Jan. 6, 2009. Labarga was elected to a two-year term as chief justice of the seven member Florida Supreme Court by his fellow justices in 2014. He was to become the first Cuban-American to hold the post. Labarga’s fellow justices elected to retain him as chief justice in 2016. As a result, Labarga is very proud to become the first chief justice since the Civil War to succeed himself in the office, and he is the first in over 40 years to serve more than one term as chief justice.

When asked what he is most proud of with regards to his time as chief justice, the answer seemed to come easily. Labarga is passionate about making sure that the poor and the middle class have access to legal counsel, and that proper legal representation is not limited to those who can afford hefty legal bills. Labarga has been instrumental in championing this cause through the Florida Commission on Access to Civil Justice. On the website for this commission, www.flaccesstojustice.org, the Chief Justice is quoted as stating that the purpose of the Florida Commission on Access to Civil Justice is to study the remaining unmet civil legal needs of disadvantaged, low income, and moderate income Floridians.

Florida needs a coordinated effort involving all of the entities with the potential to make permanent, systemic advances to ensure that access to justice in Florida is not limited to those who can afford it. I am particularly concerned about the circumstances facing low-income litigants for whom purchasing legal representation can pose an impossible challenge, but access to civil justice is also a problem for the middle class, many of whom do not qualify for legal aid and cannot afford to hire a lawyer.

This is just one example of how Chief Justice Jorge Labarga contemplates the big picture and seeks to make a lasting impact on the community that he has been charged to serve.

I discovered one thing that the Chief Justice and I have in common – we both have children who are currently in law school.

I asked him what advice he has for a young lawyer or law student that has a desire to follow in his footsteps. He has much sage advice for these young lawyers, suggesting that they need to be prepared to “take the challenge and go for it!” Next, he repeats to me something quite profound, that I have heard him say several times in the past: “Opportunity always favors the prepared mind,” and expands this with four key principles:

As he discusses this further, he explains the importance of temperament – always treating others professionally and with the utmost respect. If you want to get ahead in the law (and in life in general) your reputation is everything. Become known as a hard worker, become known in your community, and seek mentorship from people with more experience. The connections that you make mean everything. In law school, they “teach you theory and how to think like a lawyer, but not how to practice law.” In summary: he advises that in order to be successful as a young lawyer, “all of the planets and stars have to be aligned.”

Clearly, all the planets and the stars were aligned, bringing an idealistic, energetic, and principled young immigrant to the United States, who was destined to become Florida’s first Cuban-American chief justice of the Florida Supreme Court.

Even though we spoke just days prior to the election, we did not discuss politics per se. But, as I reflect on our conversation, I am struck by his profound observation: “The most important day in our democracy is the day after the election – that is what makes this country great!” At a time when our country is in so much turmoil, I can’t think of a more qualified and stellar choice to lead our courts in the state of Florida through the next two years. I am honored to have had the opportunity to get to know this incredible role model, and look forward to following his career, as Chief Justice Jorge Labarga continues to strive for “Justice for All!” Laurie Dubow

As Associate Vice President of the Signature Real Estate Companies, Broker of their Luxury Division Signature Paradise Realty International with over 45 Realtors, and Signature Commercial Real Estate, a background in counseling and mortgages, Laurie Dubow brings a unique perspective to Real Estate. She has extensive experience testifying in court as an expert witness regarding the value of property as well as commission disputes, Realtor errors, estate disputes, and other legal matters.