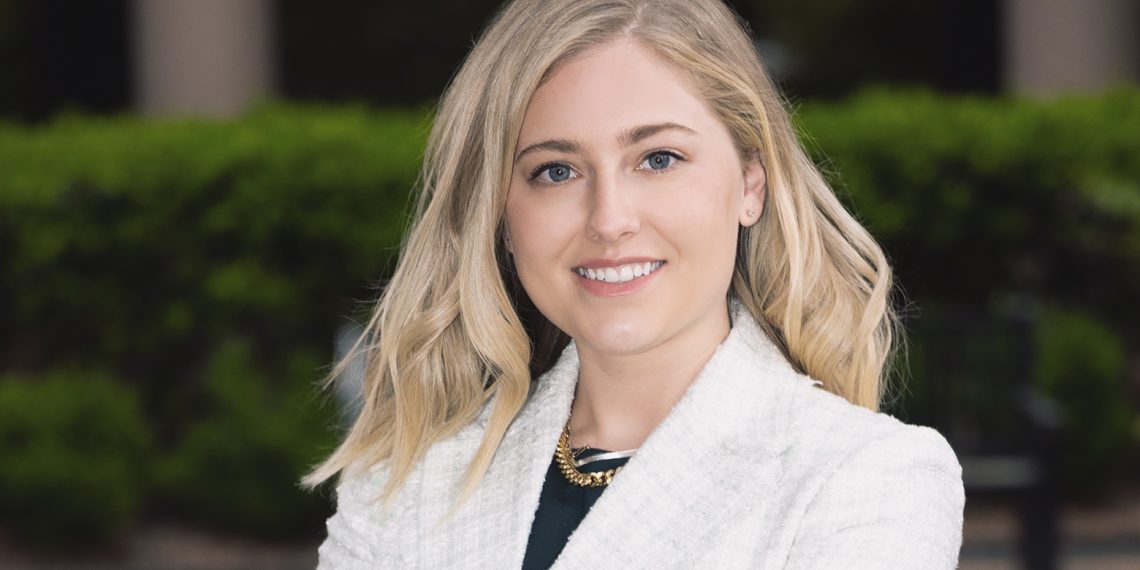 “What he was really telling me was to make sure I understood the important commitment taking on other people’s problems and helping them,” said Turpin. So, after deciding late in college that a career in law was something she wanted to pursue, she followed through on her parents’ advice to take some time off after college, gain some “real world” experience, and then pursue law school.

Turpin now practices family law at Smith Debnam and still looks to her father for advice. “I do go to him for practical, common-sense advice on how to approach a subject with a client or how to strategize on a case,” said Turpin. “One thing my Dad has taught me is that nobody wins at family law. People aren’t perfect.”

Because of that, Turpin understands it’s important to listen to her clients and help them identify their long-term goals. “I want my clients to be able to look back in ten years and feel comfortable with the advice and strategy we chose in their case. I take the role as ‘counselor’ to be a real requirement.”

The Gretna, VA native graduated from James Madison University with a Bachelor of Arts in international affairs and a minor in Arabic. “I initially wanted to work for the State Department or the CIA,” she laughed. She decided it was not a lifestyle she wanted.

“It taught me how to think through a case, how to plan ahead and pinpoint the issues that will be most important in a trial whether you wind up in the courtroom or not. It taught me a lot about dealing with people. It taught me how to be organized, how to think on my feet. How to pick out important issues and read a room and see how the judge and the jury are reacting,” said Turpin. “One thing my Dad has told me—a lot—is that many times lawyers don’t know when to stop talking”—as a result, she is deliberate and meticulous with her arguments.

The family section at Smith Debnam, which includes two former family court judges, has a mantra to avoid going to court. “Everything they have said and taught me still stands. But understanding how things would play out in court helps me to be able to direct my clients and inform them of how the facts in their case might play out. I think it helps them make good business decisions and good personal decisions.”

Turpin describes herself as a ‘legal nerd’ who loves true crime documentaries and books. Her takeaways have been, “Some of the best trial lawyers are able to check their egos at the door. They lose objections just for the sake of progressing the case. Sometimes it’s just about making the point, and you can actually lose something and gain a lot more later.”

She speaks with steadiness and an assuring, “I’ve got this” confidence. “I’ve learned to take a deep breath, and everything will be okay. In family law, a client can sense that, and it helps people to calm down and to understand that I’m going to think rationally for them, and they can count on me.”