Beer Law Update: Is The Beer Bubble About To Burst? 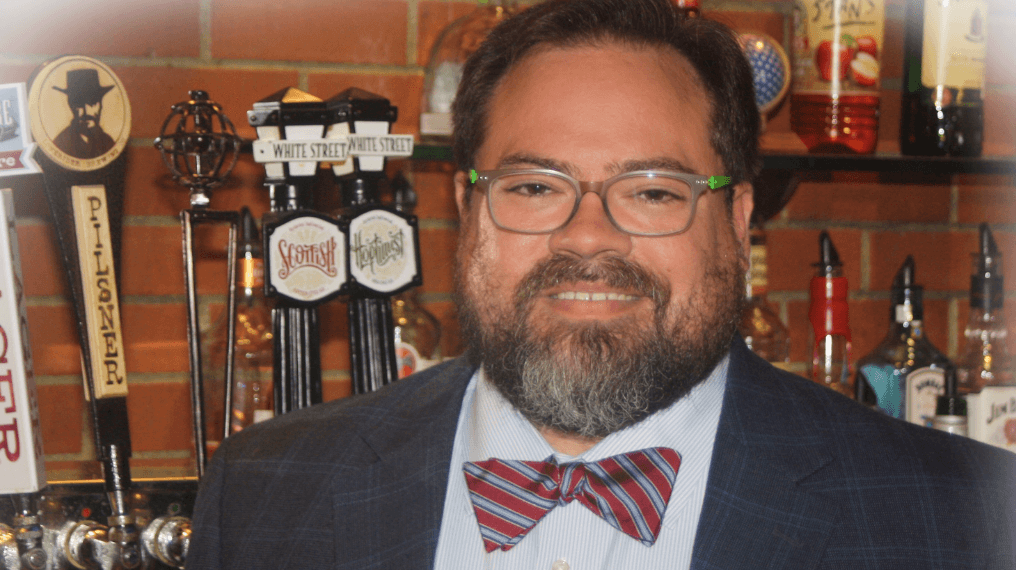 The craft brewing industry is growing and evolving so quickly that attorney John Szymankiewicz of Beer Law Center saw the need for a written guide. “I get a lot of calls from people who want to start a craft brewery and they ask similar questions.” Szymankiewicz’s “Beer Law: What Brewers Need to Know” is available on Amazon in print and ebook.

The number of craft breweries in North Carolina has doubled in the last 10 years to 203 making the state among the craft brew industry leaders. “I don’t think we are near a burst in the beer bubble,” said Szymankiewicz. “We are seeing some contraction. Growth has led to competition resulting in mergers, purchases by large breweries, and shuttered businesses.”

Szymankiewicz leveraged his experience as a chemical engineering to build his first home brewery nearly two decades ago. He pursued his passion for craft beer, becoming an attorney and launching the Beer Law Center in 2010 to help people who wanted to open their own breweries. He now represents over 100 craft breweries nationwide.

When this magazine did our Beer Law Attorney of the Month story with Szymankiewicz three years ago, craft brewing was still something of a novelty. Today it’s big business.

“We’ve gone past the ‘hey look, I can make a double chocolate, jalapeno, habanero, raspberry stout with peanut butter’ where the customer may say, ‘that’s really interesting, but I don’t want another one’. Now, today when a brewery can win a gold medal at The Great American Beer Festival and make a big splash in year one, but if they can’t follow that up with great beer after great beer consistently they may still struggle.”

Szymankiewicz tells clients to decide from the start what segment of the craft beer market they want to aim for because the industry has become splintered. “It’s becoming harder and harder to break into the ranks of ‘big’ local breweries like Lonerider or Big Boss. Channels of distribution include regional grocery stores, local grocery stores, bars and restaurants, bottleshops, and local breweries.”

“On the other hand, local breweries are becoming more like neighborhood restaurants or pubs. For example, in the Five Points area of Raleigh there are four local breweries within walking distance of each other and another about to open.”

“I spend a lot of time with clients early on discussing corporate structure. You have to start with the end in mind. It’s really to difficult develop that later.

“They may just need a simple structure when they start, maybe when they have four or five investors, but they don’t want to have to rewrite corporate structure later when they need financing to grow. I view myself as a long-term partner with the business. For instance, I’ll advise them it’s a lot easier to manage and work with one or two big investors than 50 or 60 little investors.”

“Most people become a brewer because they like brewing beer. I tell clients that one of the first things they’ll do is stop making beer. You can hire someone to do the brewing. The owner’s time is better spent time telling their story, selling the brand, going to beer festivals, beer dinners, and talking with other brewers,” he said.

“It’s getting harder and harder to differentiate yourself on a shelf. Craft beers are all very similar in that most are trying to be edgy and rebellious and American and rough and tumble. They’re all competing for the same ethos.

“People come to me and the first thing they ask about is trademark. I tell them to stop thinking about trademark, they need to start thinking about brand. Your brand is your packaging, how it looks, how it feels, your font. Trademark is a piece of your brand strategy, not the strategy itself. Often, I encourage them to get some help early on to figure out brand management versus trademark.

“It’s a competitive business and not a forgiving market place. We are still talking about trying to convert that Bud, Miller or Coors drinker to something new, different and interesting.”

“The good news is that society has changed in the last 20 years or so. There’s a much better understanding and willingness by beer drinkers to pay a premium price for a premium beer. That makes the business and business model sustainable.”