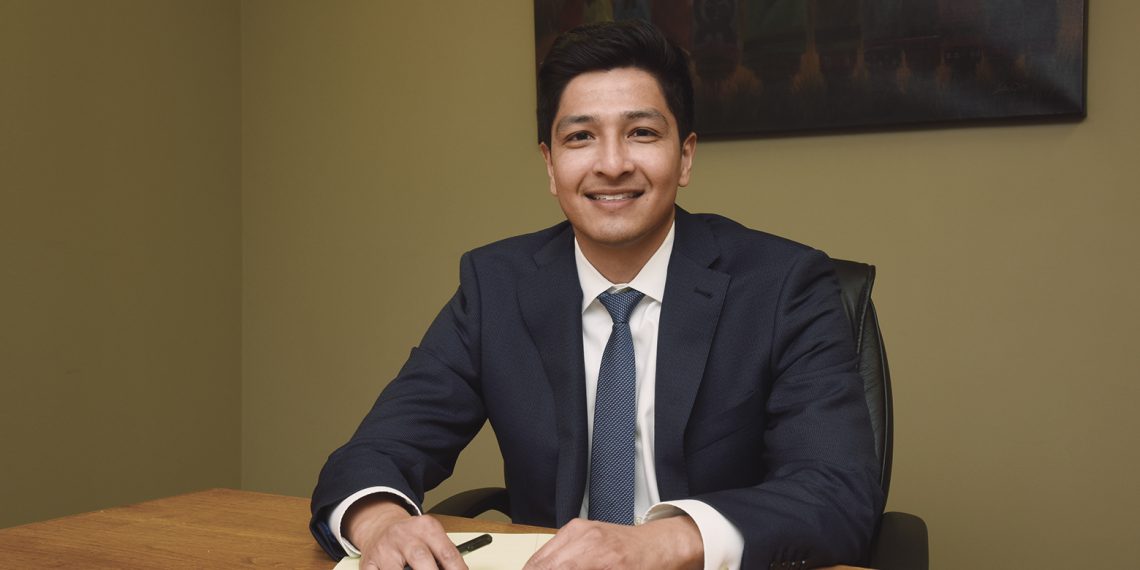 Born in California and raised in Florida, attorney Benjamin Pachito grew up with a distant connection to his Indian roots. An enrolled member of the Soboba Band of Luiseño Indians, a tribe of approximately 2000 members whose tribal lands are located in the San Jacinto Valley outside of Los Angeles, Pachito said he always felt a desire to engage more with his Indian heritage. He also had an early interest in law and law enforcement.

“In my fifth grade yearbook, I said I wanted to be lawyer,” he recalled. “After college, I went through the police academy, and then I got my master’s degree in criminal justice. While I was in the program, my gears shifted. I decided maybe I was better suited to be an attorney, so I could help Indian communities beyond my reach as an officer.”

Pachito has contributed to Indian communities from the inception of his law career. While earning his degree from the George Washington University Law School, Pachito worked for the Association on American Indian Affairs, interned for the U.S. Department of Justice Office of Tribal Justice and clerked for the Navajo Nation Supreme Court. After graduation, he served as law clerk for Chief Judge Edward B. O’Connell and Judge Thomas J. Londregan of the Mashantucket Pequot Tribal Court.

Today, Pachito is an associate at Jacobson Law Group, one of the foremost Indian Law firms in the nation.

“There are a few big firms with Indian Law departments, but not many firms that work solely in Indian Law. I’ve had fantastic mentors who are experts in this field. They have allowed me to work independently while providing me with support to help me develop as an attorney.”

For more than 30 years, Jacobson Law Group has represented Indian communities across the country in matters spanning business transactions to litigation to tribal governance, always with respect for each tribe’s unique history, values and systems.

“Here, we generally represent tribes and tribal businesses. We get a wide variety of cases in every field of law you can imagine. We are involved in a lot of litigation in which the sovereign authority of tribes is challenged. We make sure that in every instance a tribe can assert its sovereignty, it does so.”

Pachito practices in a dozen different tribal courts and serves as a criminal prosecutor for two tribes. It is a challenging practice, as each tribe has its own rules — sometimes adopted from federal and state rules, but most often developed independently.

“As sovereign nations, they have a right to develop their own rules, and they want to do so to exercise that authority and differentiate themselves from a Western style of law. I’ve seen some tribal courts that are very similar to Western systems and others with principles of law based on culture and tradition that are more impactful than statutory law.”

During law school, Pachito reconnected with family and other members of his tribe. His tribe paid for his legal education, and he has the distinction of being the first from his tribe to become a lawyer. He attends tribal membership meetings every quarter and participates in the tribal process.

“I always planned on working for my tribe or at least giving my time. I’m grateful for their contribution to my education. Being an active member of my tribe has taught me how hard it is to generalize about each reservation. I don’t take my connection to my tribe for granted. It’s extremely important to me, and I like being able to connect to other tribal communities in the same way.

Pachito plans to dedicate the entirety of his career to Indian Law. “I am committed to protecting tribal sovereignty and helping tribes to develop the same resources and opportunities I had through my tribe. It’s only getting better for the next generation. The future is bright for Indian country.”