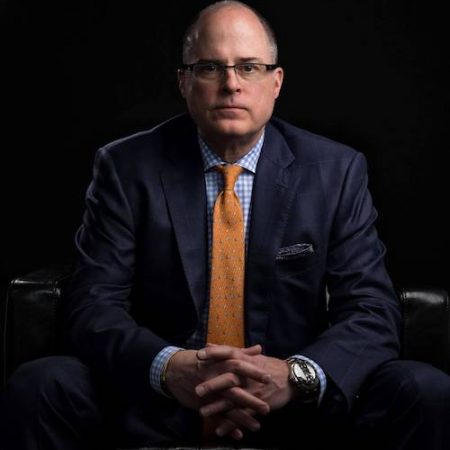 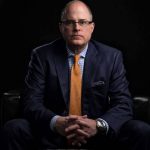 How Phillip became a lawyer. From a very young age, Phillip became drawn to the criminal justice system. “My father was involved in the federal criminal justice system for his entire career as a federal agent for the Treasury Department. Growing up, I was always around lawyers, judges and law enforcement. Each day it was a different case or a different challenge. It was never the same thing over and over.”

He was naturally drawn to that kind of career. Plus, he liked having the opportunity to help people if he worked hard.

Why Phillip chose to practice criminal defense. From his days watching his father and his colleagues in the federal criminal justice system, Phillip knew that was the practice for him. As soon as he graduated from Baylor University School of Law in 1991, he went to work for the Dallas County District Attorney’s Office. For four years, he worked tirelessly as an assistant district attorney.

While Phillip was given the opportunity to try more than 100 jury trials to verdict in those years, he also became disillusioned.

“Defendants were often backed into a corner and felt compelled to take a plea deal because they couldn’t afford to properly defend themselves. Defendants walking into criminal court at a disadvantage because they are going up against all the manpower and resources of the state or federal government.”

So, 25 years ago, Phillip, handed in his resignation and opened up his own criminal defense firm so he could better arm those defendants.

“I knew I could make a difference.”

Phillip’s philosophy for criminal defense. “Work hard and practice with integrity. Be patient and realize that the long game is usually more important than the short game.”

He learned early on that you need to look at a case from many different angles and decide early on where you want the case to be when it is all over. “Is it a guilt/innocence case? A punishment mitigation case? Once you’ve decided on a goal, you cannot become distracted from the path to accomplishing that end result.”

The origins of The Linder Firm. Before attending law school, Phillip earned finance, entrepreneurship and accounting degrees from Baylor. “I have always been an entrepreneur at heart.”
As he entered law school, he knew that he would eventually open his own firm. In 1996, when he left the Dallas County District Attorney’s Office, to step across the aisle and represent defendants, he took that opportunity.
“I have grown the firm to more than 20 lawyers. I am lucky to have found a group of people – lawyers and support staff alike – who share my same business ideals and who work hard and with integrity.”

The highlight of Phillip’s workday. For Phillip, it is the new challenges brought each day. “It can be mentally and physically taxing, but that makes the reward of achieving a great result for my client and helping them through a tough time in their life all the more worth it.”

Phillip in the community. Currently, Phillip sits on the boards for several local companies and practices pro bono work for members of the community. He also serves as a part-time judge in his city. He and his family are also heavily involved with their church.

Phillip outside the office. Phillip is a true outdoorsman. He enjoys hunting, fishing, camping and skiing. He and his family also travel as much as they can. His ultimate pastime, however, is cycling.

“I travel all around the country to do road bike races and tours.” 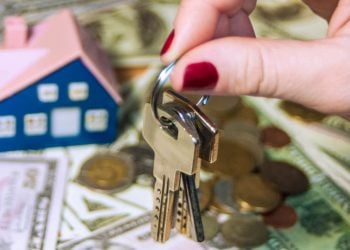 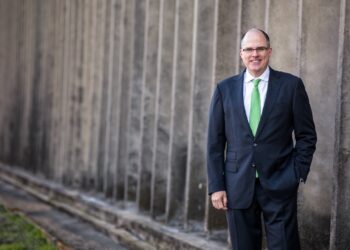 If you or your loved one is facing a criminal charge, it can be a nerve-wracking and intimidating time.  Given the complexity of criminal laws and the potentially severe consequences, an experienced Collin County criminal lawyer is essential to navigating through this uncertain time.

At its simplest, an individual is facing criminal charges when they have committed a crime.  A crime is any act committed or omitted that violates a public law.  The laws of Texas will define these forbidden acts.  All crimes will generally fall into one of the following categories:

How a Collin County Criminal Defense Attorney Can Help

If you are facing criminal charges, you should contact a Criminal Defense attorney in Collin County as soon as possible.  Regardless of whether you have committed some wrongdoing or if you are completely innocent, a licensed legal practitioner will be an invaluable resource throughout the criminal process.

A criminal lawyer in Collin County can assist in all facets of the criminal process, including:

As you or your loved one determines next steps for handling criminal charges, an Collin County Criminal Defense attorney will be an invaluable asset.  The criminal legal process can present unexpectedly complicated twists and turns, where a wrong step could result in serious limitations on your personal liberty.

What clients in Collin County are saying about
Phillip Linder

Phillip A. Linder
4.4
Based on 25 reviews
Phillip is an exceptional attorney and man. The way he cares for his clients and his exceptional skill in navigating criminal matters stand out from the crowd. As a criminal attorney myself, there is no one I enjoy working with more.

Kendall Castello
14:37 07 May 21
Mr Linder assisted me with a very sensitive family issue a few years ago. He was incredible and his staff were the most helpful people ever! I still refer friends and family to him. I would absolutely recommend him to anyone in need of legal assistance.

Jennifer Marcano
22:05 15 Jan 21
Phillip Linder is an excellent attorney, very professional with high integrity and broad legal experience. He is knowledgeable of the courts in Dallas, Collin and Denton, having address legal issues for my family in all three counties. Phillip first represented my family in a child family law issue that was extremely complex and urgent, resulting in retrieval of our grandchild and establishing conservator rights. Phillip has continued to represent both the child's interest and that of the entire family as a participant in his upbringing. Phillip later represented my daughter in a separate family law case, providing her custody and protections for a second grandchild, and subsequent enforcement of the court order. Phillip has represented our family in DWI cases, that reduced the sentence and more importantly help change the behavior that led to the arrests, demonstrating Phillip compassion and concern for our family above that of just representing us in court. Phillip has been available to provide legal advice, and representation for other issues that have occurred and I have complete trust in every aspect of his counsel. Finally, Phillip has a great legal assistant and staff, and access to other attorneys that have been effective in supporting Phillip to best represent our family. If you need an attorney, I can attest after many years having known Phillip Linder, that you could find no one better to represent you.

Steve Peebles
15:30 19 Oct 20
I was falsely accused of a serious crime and was facing an uphill battle to prove my innocence. The stress and trauma of it was horrifying, but hiring Phillip made the process much easier. Not only was he incredibly supportive, but he worked hard in a challenging environment to clear my name and see justice done in my case. Because of him, charges against me were dropped to a misdemeanor and will be off my record in couple of years. Furthermore, because I was no longer facing anything criminal, I was able to gain custody of my daughter. Phillip gave me my life back and, for that, I'm eternally grateful to him. Hiring him is the best decision one can make!

Maria Blocker
02:42 29 Sep 20
This is a great attorney’s office. Mr. Linder’s assistant is great and is always keeping me updated on my case. She is bilingual and very responsive to our questions. Emails are answered in a timely manner, if not immediately and we really appreciate how much they have helped us.

Get Legal
Advice From
Phillip Linder

Founded The Linder Firm in 1996

Listed in Super Lawyers Since 2012