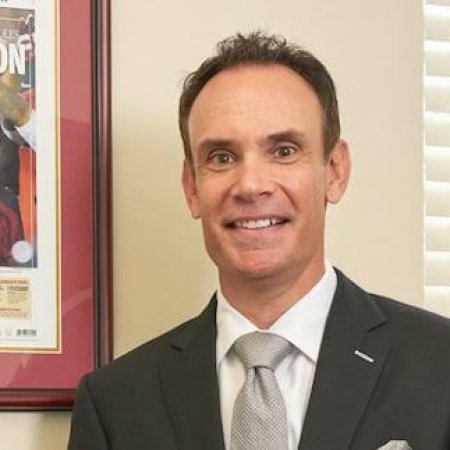 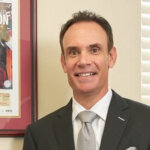 With 20 years of experience and more than 50 jury trials, DUI specialist and criminal defense attorney L. Lee Lockett understands the legal system and how serious these types of charges can be.

Prior to launching his firm Lockett Law P.A., Lee Lockett was a prosecutor and it was his work on DUI cases that compelled him to focus on DUI defense when he made the transition to private practice.

As one of the most experienced criminal defense firms in the area, Lockett and his team have defended countless people charged with DUI in Florida, including DUI manslaughter, felony DUI and boating under the influence (BUI).

“I became fascinated with DUIs as I realized that it’s primarily a subjective-based crime unlike our other cases that are pretty cut and dry,” Lockett says. “With a DUI whether somebody’s normal faculties are impaired is more of an opinion. Lawyers get to argue over that and the outcome oftentimes is based on observations made by witnesses.”

Whether it is a DUI, assault, fraud or capital offense, convictions can result in serious consequences that will follow an individual for the rest of their life. The penalties are wide-ranging and can include jail time, probation, license suspension, DUI school, community service hours and heavy fines. And these matters become even more serious when serious injury or death occurs and a DUI manslaughter charge is filed.

Difference between DWI 1st and DWI 2nd in Texas

What Constitutes Felony DWI in Texas

Can I Get Arrested for DWI in Texas for Drugs Instead of Alcohol?

Texas DWI Laws: The Good, the Bad and the Ugly

Is a Lawyer Necessary When Arrested for a DWI in Texas?

Trust Me Versus Show Me in Criminal Defense

It’s High Time Someone Talked About Marijuana DUI Laws. Here’s a Few You Should Know About

DUI vs DWI: What’s the Difference?

When to Work With a Jacksonville DUI Attorney

If you have been charged with a DUI in Jacksonville, there are a number of factors to consider as you approach your defense. A DUI lawyer in Jacksonville will be able to help you understand the process and develop a strategy.

How a Jacksonville DUI Attorney Can Help

Working with a licensed DUI practitioner will be essential to ensuring that you achieve the best possible result in your DUI case. A DUI attorney in Jacksonville can help navigate all aspects of the proceeding, including:

Given the serious impact a DUI arrest can have on your future, securing a skilled and competent Jacksonville DUI attorney can make all the difference in your case.

What clients in Jacksonville are saying about
Lee Lockett

Lockett Law
5.0
Based on 23 reviews
Lee Locket / Locket Law is hands down the absolute best choice you could make if you find yourself in a DUI situation. He is honest, professional, extremely knowledgeable and goes that extra mile to make sure you get the best possible outcome. I highly recommend you to choose Lee Locket if you are facing a DUI charge.

Dale McLarty
14:10 29 Oct 19
Professional, courteous and prompt. Very impressed by the team at Lockett Law to represent us when needed and ensure the best outcome possible. Hope to not need their support again, but if we do, it is good to know that we have them in our corner. Thanks again.

Colman Brodsky
15:32 02 Oct 19
Lockett Law is my absolute go to for the best of the best legal representation. Lee has time and time again came through for not only me, but my family and friends. He never ceases to amaze me with everything that he can get done for his clients. If you're in need of expert legal advice I would highly recommend Lockett Law to any and all that would listen!

Drew Hicken
21:22 20 Aug 19
I would highly recommend to anyone who needs skilled legal representation. Lockett and his team are quick, focused, and hard working.To the Lockett Office: I want to express sincere thanks to all of you. I’m so very grateful for your hard work and diligence concerning my case. I couldn’t of picked a smarter attorney and a better group of people to represent me. From the onset of our initial meeting, I felt confidence and comfort that I was in the best hands. I thought sure my situation was hopeless, but I can truly attest that God had much to do with your appointment in my life at this very trying time. Your knowledge and experience proved to be very successful throughout the case. You were so understanding and kept going to bat for me. You listened and you more than represented me, you cared. Thank you for that. The successful outcome was the direct result of your focus and hard work ...and some devine intervention. We all need help like this.

J H
13:54 16 May 19
I recommend the Lockett firm in the highest possible terms. Mr. Lockett showed dedication, knowledge, intelligence and sympathy in obtaining the best possible result in my case. He was creative and incisive in pursuing my case, and he and his staff were always accessible to me for questions and consultations. Perhaps most importantly, I knew that he was always on my side. I have since had the opportunity to hear from others about their experiences with their attorneys, and mine was far and away the best.

Get Legal
Advice From
Lee Lockett

Mr. Lockett served with the Public Defender’s office where he received the prestigious “ROC” Award for trial advocacy.