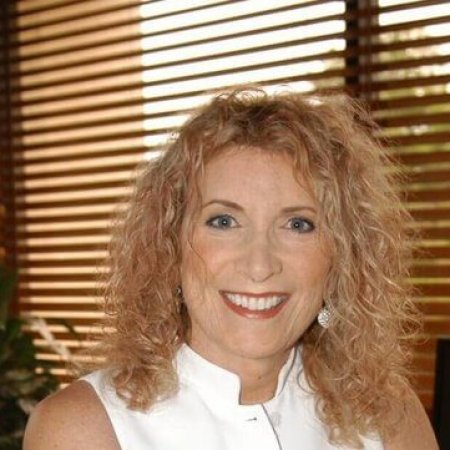 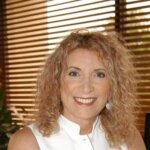 Ms. Frank has been in practice for over 35 years. She has helped hundreds of people seeking to start a business or improve the organizational structure of their existing businesses. She has successfully orchestrated the restructuring and reorganization of business entities including airlines, construction companies, restaurants, software development companies, retail operations, homeowner associations, agricultural concerns and medical practices. She actively represents creditors in bankruptcy proceedings and has extensive experience in bankruptcy adversary proceedings. She has prevailed against such adversaries as the Internal Revenue Service and opposing bankruptcy trustees. Her cases have resulted in published and game changing case law.

Ms. Frank lectures extensively to lawyers, accountants, business chambers and bankers toward the expanded recognition of financial distress, and related planning and aversion techniques. She has appeared on national radio and television broadcasts, including the Bloomberg Network, discussing financial distress issues.

She authored the books: “Freedom From Debt: Taking Control of Financial Crisis (Guideline Press 2005), “Best Practices For Filing Chapter 13” (Aspatore Press 2010) and published the semi-annual “Debtor-Creditor Law Guide”. Her treatise on the relationship between Community Association law and Bankruptcy law was published by Matthew Bender.

Most recently, her article “Managing the Interaction Between Bankruptcy and Tax Laws” was featured in “Practical Tax Strategies” (Thomson Reuters) and her recent short documentary film “Hope” can be seen on YouTube.

As past president of the Palm Beach County Bar Association, North Section, and the North County Business Development Group, Ms. Frank continually seeks community and professional involvement. She served on the Board of Directors of Children’s Hope, and is past President of the Tulane University Gold Coast Alumni Association

Ms. Frank’s extracurricular interests are diverse and varied. She inaugurated the Adult Space Camp program at the Huntsville, Alabama NASA facility. She is the source code author and developer of ACAM, a software system for collection practices. A former teaching tennis professional, Ms. Frank continues to pursue her other interests including sailing, screenwriting, filmmaking and culinary arts.

Is Bankruptcy Worth it?

What To Do If Your Client’s Customer Files Bankruptcy?

6 Essential Things You Should Know Before Filing For Bankruptcy

In Need Of A Palm Beach Bankruptcy Attorney?

If your financial situation is in crisis mode, you must act quickly to protect your assets and financial interests. Creditors don’t waste time when your accounts show signs of default. They submit adverse credit bureau reports that lower your credit score. They transfer your accounts to collection agencies who call your home, job, or business until they get a definitive response. Palm Beach Recovery attorneys secure creditor’s judgments through lawsuits. They satisfy court judgments by garnishing your income and placing liens against your home.

Economic problems can be stressful, especially when you see no potential for relief. Palm Beach Bankruptcy attorneys can help you navigate the most complex financial problems. They intervene on your behalf to stop collection efforts. They use their legal knowledge and experience to produce financial relief.

Bankruptcy attorneys in Palm Beach provide the critical legal assistance you need. They listen to your concerns, evaluate your financial issues, and determine if bankruptcy is your best option. After hearing your story and reviewing your personal financial information, your attorney might recommend that you attempt debt forgiveness, bill consolidation, or another non-legal option. When bankruptcy is the best alternative, you can trust your Palm Beach bankruptcy attorney to understand the complex federal code and work with you to comply with the requirements.

Bankruptcy can seem like a drastic option but it might be the best option for you. If you’re struggling with financial difficulties, your attorney can help you decide. Most bankruptcy attorneys in Palm Beach offer a complimentary consultation. You discuss your financial issues and decide the best solutions for your personal and financial circumstances.

What clients in Palm Beach are saying about
Julianne Frank

Julianne Frank Law - Bankruptcy Lawyer
4.7
Based on 13 reviews
Julianne is highly knowledgeable and gave us hope in a time of need. She is very professional and quick to response for all my questions and needs. I will definitely be a returning client whenever needing help with my business. Thank you Julianne

Joonas Tuomela
16:06 04 Sep 19
Julianne is an attorney I highly recommend. She helped us through one of our most difficult times of our life. She knows how to comfort people with her expertise dealing with difficult situation. Thanks Julianne for everything you have done for my wife and I.

Peter Conn
14:10 03 Jun 19
My husband and I had such tough years answer Ms. Frank made it easy to move forward with our lives. God bless her.

Audrie Bloom
05:44 16 Dec 18
I was going through a very difficult time in my life and I was looking for an attorney for a financial issue. We met the same day I called. Immediately, I felt comfortable and very confident that she knew exactly how to handle the situation and within a few weeks the matter was settled. I will recommend her for whatever financial issues you have. She did a great job and I am very thankful.

Get Legal
Advice From
Julianne Frank

Has been in law practice for over 35 years

Past president of the Palm Beach County Bar Association