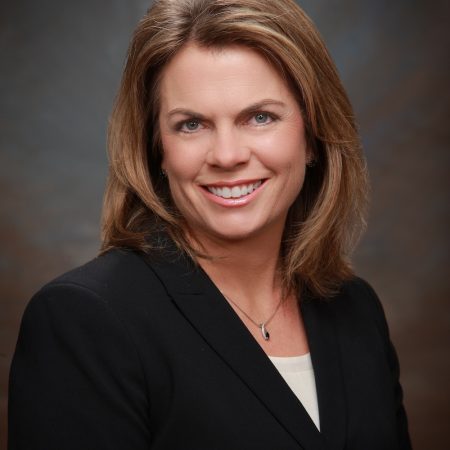 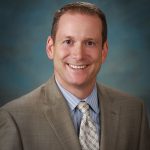 Kareen O'Brien is a divorce and family law attorney with Stewart Law Group of Phoenix. In 2004, she was admitted to practice in California and then Arizona in 2012.

From 2006 to 2012, O'Brien was Deputy District Attorney with the Los Angeles County DA’s Office. As a major crimes prosecutor, her cases involved serious and violent felons in the commission of primarily domestic violence, sexual abuse, and assault offenses.

In 2012, O'Brien was Deputy County Attorney in the Sex Crimes Bureau of the Maricopa County Attorney’s Office in Phoenix. But in 2013, she returned to private practice and family law. Three years later, she joined Stewart Law Group.

Confident and compelling in the courtroom, O'Brien knows how to uncover truths in pursuing justice for her clients. As a former prosecutor, she is skilled at identifying false allegations and exposing ulterior motives. These talents are particularly useful in hidden asset divorces and in custody disputes where one parent falsely accuses the other of child abuse or attempts parental alienation.

O'Brien has a BA in Political Science from UC Irvine (1991) and JD from Southwestern Law School (2004). A 2002 finalist in the Southwestern Intramural Moot Court Competition, she was on the Semi-Finalist team in New York's Cardozo Moot Court Competition and took Second Place Brief.
Talented in debate, oral argument, and persuasive brief writing, O'Brien also authored “Antitrust Plaintiff’s Key to the Courthouse Door?” Southwestern Journal of Law and Trade in The Americas, 2002/2003, 9 Sw. J.L. & Trade Am. 421.

The Realities of Late-Life Divorce

From a legal standpoint, getting married is often far easier than getting divorced. Between ensuring that there is an equitable division of property, determining parenting time, dividing retirement accounts, and other formalities, the process of divorce can be both expensive and time-consuming. While many people can, and do, undertake this process without an Phoenix divorce attorney, there are a number of specific items involved that can use an divorce attorney’s legal experience.

Phoenix Divorce attorneys fall into a legal practice area known as family law. Family law is focused on assisting individuals with legal matters pertaining to family relationships. In addition to divorce, family law also covers annulment, child custody and visitation, as well as adoption. Some of the reasons people seek the help of an experienced Phoenix divorce attorney include:

What clients in Phoenix are saying about
Kareen O'Brien

Stewart Law Group
4.7
Based on 56 reviews
This is the first time I felt like I was not “Undergunned” Jennifer Mihalovich was very knowledgeable, and straight to the point not wasting my time or money. Jenny and her team were very responsive and I highly recommend Jenny and want to say Thank you all for the Help.

sam russler
23:11 21 Sep 20
If you are ever in need of a lawyer that will be by yourself and check on how you're doing Christa is definitely the one you want. Christa guided me and made sure my children and mine own interest were always first.

Johnny Barba
22:17 31 Aug 20
We had the best experience with Christa Banfield. She was empathetic to our case and took the time to get to know us. She has experience and advises her clients that is in the best interest of a child. I highly recommend her services. What a pleasant experience and am so appreciative to have Christa on our side.

Brandi Byers
18:27 17 Aug 20
I highly recommend Stewart Law Group Colin Bell. He was helping my son under 18-year-old to get through a very emotional family legal matter. Colin Bell met me and my son with extreme professionalism and kindness. He was incredibly knowledgeable and empathetic in giving my son counsel as well as being clear and timely. My son and me were able to get in to see him promptly. It is very clear that he is a lawyer who loves what he does! He has integrity, incredibly intelligent, and he really cares about helping people, which is exactly why his such a great lawyer. He does all of this seemingly with such ease and I am so impressed by him expertise and compassion.Thanks Colin Bell!

Get Legal
Advice From
Kareen O'Brien

Ready to Help in Phoenix