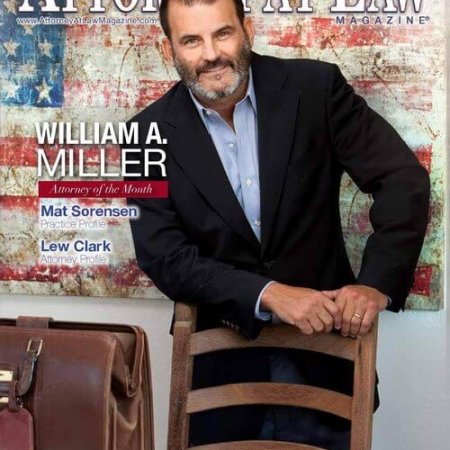 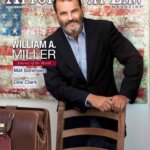 William A. Miller (Bill) was born in Marin County California, yet grew up and came of age in Phoenix attending Gerard Catholic High School where he served as the 1979 student body president. He received his B.S. in business & marketing in 1983, then taught English in Port-au-Prince Haiti and later graduated from the University of Arizona College of Law (J.D. with honors) in 1987. He has practiced law in greater Phoenix, Paradise Valley and Scottsdale his entire career. Bill is one of the few Maricopa County trial lawyers who can boast of punitive damages awards in three separate jury trials. He has numerous million dollar settlements under his belt.

As a young Arizona lawyer, just months out of law school, he uncovered and successfully litigated a case involving a lawyer-devised document-switch scheme at one of the Southwest’s largest real estate firms. His client, Jim Rhue, in a companion case [Rhue v. Dawson, 173 Ariz. 220, 841 P.2d 215 (1992)] went on to receive one of the largest punitive damages awards in Arizona history.

Bill successfully served as counsel in one of the largest commercial loan workouts in Arizona history. At issue was in excess of one hundred million dollars and more than 10 national lenders, including GE Capital, Finova, JP Morgan and FFCA, which had taken adverse positions against his clients; yet, Bill was able to amicably resolve almost all issues without resorting to Federal Bankruptcy Court protection. He also helped draft Arizona’s Uniform Fraudulent Transfers Act and has lectured to lawyers on topics ranging from real estate fraud to legal technology.

For 14 years, Bill served the State Bar of Arizona as a sitting member of the MCLE committee. Over the years he has prosecuted dishonest lawyers for stealing from clients. His State Bar of Arizona Complaints have lead to the disbarment or suspension of four lawyers, in three separate matters. He also obtained substantial and full recoveries for his clients against these lawyers and their firms.

Bill is also active in the Sun Corridor (Pinal County), which is halfway between Phoenix and Tucson, Arizona. He served on the Board of Directors for a local Flood Control District. Steeped well in the history of Arizona’s agricultural heritage, Bill has owned and managed over 4,000 acres of farm land in Pinal County. Bill is familiar with and has experience in CAP water right issues.

An ardent fan of technology, Mr. Miller developed the technology architecture for the Arizona Association of Realtor’s “Hotline” and JurisDictionUSA, Inc., a national law practice management software system now found at www.dtbusiness.com. Bill’s knowledge of technology and complex commercial litigation was the deciding factor in his being chosen to represent the Plaintiff in a multi-million dollar lawsuit in Pennsylvania. That case is reported in Moore v. Kulicke & Soffa Industries, [318 F.3d 561 (3d Cir. 2003)].

Bill is a member of the American Bar Association (ABA), Association of Trial Lawyers of America (ATLA), State Bar of Arizona (SBA) and Maricopa County Bar Association (MCBA); he is admitted to practice in Arizona as well as in the U.S. Supreme Court, the U.S. Courts of Appeals for the 2nd, 3rd and 9th Circuits, and the U.S. District Courts in Arizona, California, Texas, and Florida.

In June of 2012, Bill was recognized with the highest rating possible and a distinction of honor from Martindale-Hubbell and LexisNexis. Less than 9% of practicing lawyers are eligible for this award. Fewer have actually obtained such.
Bill was admitted to the most prestigious group of lawyers in Arizona in 2015. Please see the link below to Arizona’s Finest Lawyers.

Married to his beautiful wife Andra, a renowned real estate developer -with many multi-million dollar projects in Paradise Valley and Arcadia- for over 26 years, they have three boys and one girl ages 18 to 24. Bill is active in his church, tennis, the Laguna Beach community and travel. He is a Board member for a Christian mission in Romania where Bill’s son, Billy is a Pastor and teacher. 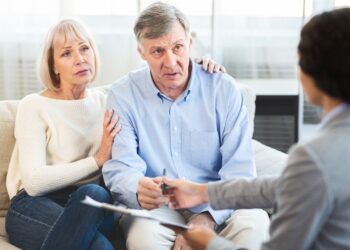 The End of the COVID Tunnel (And the Mortgage Forebearance Relief) 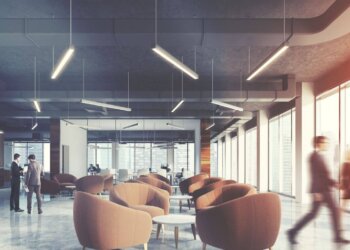 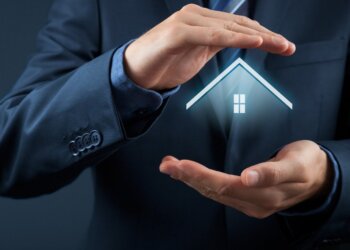 Protect Yourself from Real Estate Fraud 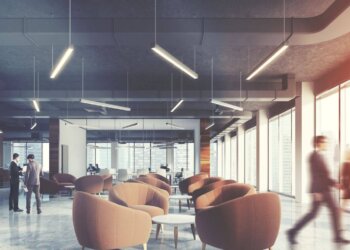 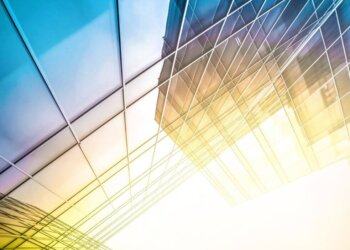 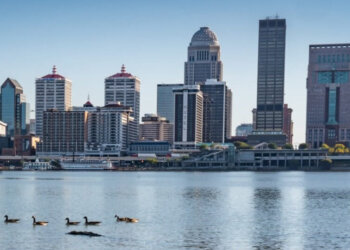 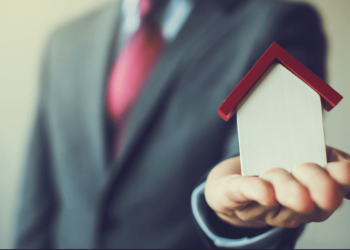 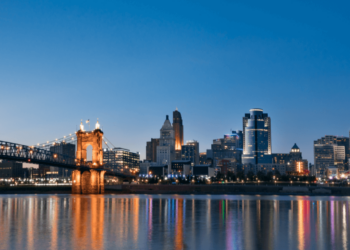 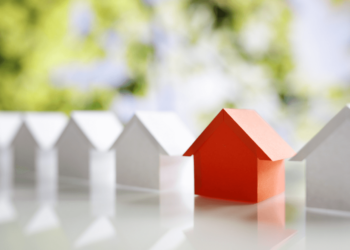 HAMP: A Win-Win for Homeowners and Investors

When you’re searching for a new home or commercial property, the process is both exciting and overwhelming. Phoenix real estate attorneys minimize the pressure by playing a critical behind-the-scenes role. They review documents, analyze contract language, and provide services that protect your financial and legal rights. Your real estate transaction flows smoothly because Phoenix real estate attorneys work to stop problems before they begin. Phoenix Realtors often present an added complication as they usually control every aspect of a sale from listing to closing. There’s an inherent conflict in this relationship: real estate agents represent you but they also represent themselves. While realtors usually commit to getting the results you want, earning a commission is also one of their ultimate goals. Phoenix Real estate attorneys minimize the potential for conflicts of interest by monitoring, reviewing, and analyzing every detail.

Given a typical Phoenix real estate agent’s involvement in the buying and selling process, it’s important to have a legal representative involved. Seller’s agents recommend upgrades and pre-listing repairs to enhance a property’s marketability. They conduct market research to finalize asking prices. They market properties on real estate sites, multiple listing services, commercial publications, and social media. Realtors make all buyer contacts and they host private showings and open houses. They document all offers, and whether or not they have the right experience, they negotiate all deals. Buyer’s agents provide a similar level of service. Agents help buyers locate homes and commercial properties. They accompany them during open houses and private showings. When a buyer finds a prospective home to buy, the buyer’s and seller’s agents negotiate the deal. In some instances, a single real estate agent represents both buyer and seller.

A real estate sale is a single transaction but it involves multiple parties, documents, contracts, and legal issues. You might not consider the legal complexity as realtors usually handle all of the contacts and interactions. While you might never see or talk to an attorney, they are always in the background. Every entity with a legal or financial interest in a real estate transaction usually has an attorney interacting on its behalf. No matter how simple the wording, each real estate document is a contract. Phoenix Real Estate Lawyers draft the language in a real estate agent’s representation contract. They decide what information to include in written offers, sales agreements, offer acceptances, and mortgage agreements. A Phoenix real estate attorney drafts contracts on behalf of realtors, mortgage companies, sometimes a buyer or seller, and any other parties with a financial interest. Each attorney makes sure that the relevant documents represent their clients’ legal and financial interests. It’s important for you to do the same.

A Real Estate Attorney in Phoenix Protects Your Interests

While you may have ultimate faith in your realtor, a real estate attorney brings a layer of protection to the process. As you enjoy the excitement of acquiring a new home or commercial property, your attorney keeps things running smoothly. A Phoenix real estate attorney protects you by making sure each document you sign reflects your best interests.

Realtors work with commercial property owners and investors throughout the marketing and sales process. They also provide important services during their ownership. Attorneys handle tenant problems, foreclosures, and other issues that cause financial losses. As with every service, they focus on resolving issues before they become difficult to manage.

What clients in Phoenix are saying about
William Miller

Get Legal
Advice From
William Miller

Owner of William A. Miller, PLLC

Bill successfully served as counsel in one of the largest commercial loan workouts in Arizona history.

For 14 years, Bill served the State Bar of Arizona as a sitting member of the MCLE committee.

Bill was recognized with the highest rating possible and a distinction of honor from Martindale-Hubbell and LexisNexis in 2012.