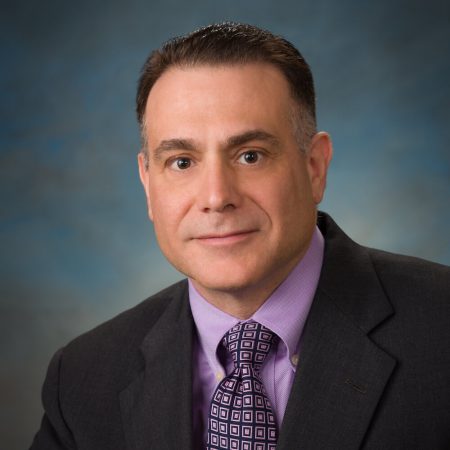 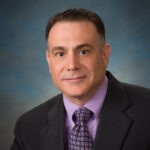 Attorney Fred Ruotolo is an Arizona Certified Family Law Specialist and has served as Judge Pro Tem for the Superior Court in Maricopa County.

An associate attorney with Stewart Law Group, Ruotolo practices domestic relations exclusively, including military divorce. For him, it's the ability to bring peace to people and resolution to family problems that is most rewarding. He believes in helping the lesser advantaged, victim, or dependent spouse obtain security and justice.

Ruotolo presented CLE on "Arizona Family Law," "Negotiating the Best Possible Settlement for the Divorce Client," and "Advance Family Law – Violence in the Home." He was a presenter at the 2004 Phoenix Women’s Expo and guest lecturer at Phoenix School of Law in 2013 (now Arizona Summit Law School). As legal commentator, he appeared on KPNX-NBC Channel 12, KTVK Channel 3, KNXV-ABC Channel 15, KTAT News Radio, and The Peak 98.7 FM Radio.

The Realities of Late-Life Divorce

From a legal standpoint, getting married is often far easier than getting divorced. Between ensuring that there is an equitable division of property, determining parenting time, dividing retirement accounts, and other formalities, the process of divorce can be both expensive and time-consuming. While many people can, and do, undertake this process without an Scottsdale divorce attorney, there are a number of specific items involved that can use an divorce attorney’s legal experience.

Scottsdale Divorce attorneys fall into a legal practice area known as family law. Family law is focused on assisting individuals with legal matters pertaining to family relationships. In addition to divorce, family law also covers annulment, child custody and visitation, as well as adoption. Some of the reasons people seek the help of an experienced Scottsdale divorce attorney include:

What clients in Scottsdale are saying about
Fred Ruotolo

Stewart Law Group
5.0
Based on 18 reviews
Christa Banfield was great to work with. She is very knowledgeable and made sure my best interest was protected.

James Burke
15:50 30 Jul 20
Melissa and Rhonda are wonderful. They have taken good care of me and are understanding throughout this rough time that I have been going through.

Stephanie Rotella
15:26 05 Jun 20
Attorney Howard from Stewart Law Group was very helpful when I needed it. He was reasonable when it came to billing and was very responsive to my communication with him. I would highly recommend him.

P Wilson
17:51 21 May 20
Highly experienced and efficient. I interviewed five lawyers before choosing Jennifer Mihalovich at the Stewart Law Group and was really happy with my decision. She was very experienced, knows custody/child support issues/processes very well, yet not too aggressive. That's exactly what I needed - a good lawyer that knows what she is doing and makes good sense. Her paralegal Erica is also very efficient and responsive. I feel relieved having them by my side every step along this difficult journey. The Stewart Law Group has a standard operation process in place that I appreciated: regular check-in to make sure I am satisfied with the service; regular updates on my account balance; regular invoices showing details of the charges. Highly recommend!

Get Legal
Advice From
Fred Ruotolo

Ready to Help in Scottsdale