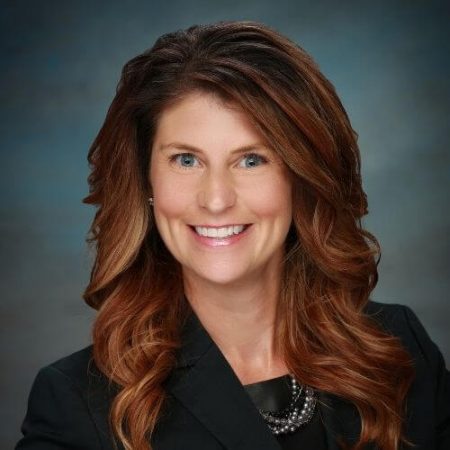 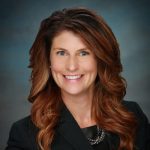 Carrie Cravatta joined Stewart Law Group as an associate attorney in 2015 and is a guiding light for her divorce and family law clients.

Raised in rural Illinois, Cravatta earned her BA in Business Administration with a specialization in management from North Central College in Naperville. At North Central, she was on the Dean’s List and the student council. Cravatta interned as a sophomore with Allied International in Singapore, then worked summers at Allied until her early graduation in 2000.

Having found her practice niche in divorce and family law, and limited juvenile law, Cravatta is Avvo rated 10-of-10. Nearing her second decade as an attorney, she has received numerous awards and recognitions along the way.

She has presented seminars on a number of topics, such as “Advanced Child and Spousal Support Issues” (BNI 2015) and “Grandparent Visitation” (Kinship Support Group 2015-2016). And has participated in ASU's Sandra Day O’Connor College of Law Practice Area Career Fair.

Given her Chicago ties, it's no surprise Cravatta is a Cubs and Bears fan. This mother of three also enjoys playing golf and vacationing in Cabo San Lucas with her family.

From a legal standpoint, getting married is often far easier than getting divorced. Between ensuring that there is an equitable division of property, determining parenting time, dividing retirement accounts, and other formalities, the process of divorce can be both expensive and time-consuming. While many people can, and do, undertake this process without an Tempe divorce attorney, there are a number of specific items involved that can use an divorce attorney’s legal experience.

Tempe Divorce attorneys fall into a legal practice area known as family law. Family law is focused on assisting individuals with legal matters pertaining to family relationships. In addition to divorce, family law also covers annulment, child custody and visitation, as well as adoption. Some of the reasons people seek the help of an experienced Tempe divorce attorney include:

What clients in Tempe are saying about
Carrie Cravatta

Stewart Law Group
4.3
Based on 6 reviews
Great experience with Stewart Law Group and my attorney, Ashley Rahaman.She was professional and very personable throughout my case.She delivered the best outcome I could have expected.

Spencer C
16:35 19 Aug 19
Ashley and her team were outstanding! I couldn't have asked for a more dedicated attorney! She was outstanding in guiding me through the process and helping me understand how/why things needed to be done. I felt she was absolutely determined to do her best in representing me during my case and I couldn't possibly thank her enough!

Jesse Strait
22:30 19 Jul 19
Ashley Rahaman was the consummate professional from the word "go". From our first consultation until the day my divorce was final, Ashley demonstrated tenacity, knowledge, a sense of urgency and above all, empathy. Ashley handled every aspect of my case with a dogged sense of determination but was also very receptive to my input and often times incorporated my thoughts into communications with my wife's attorney. Every question I posed was answered quickly, thoroughly and in terms I could understand and relate to. Divorce is a very stressful situation, Ashley made my divorce as stress-free as she possibly could. I cannot give Ashley higher praise than my heartfelt recommendation.

Derek Palos
18:44 27 Aug 18
Ashley Rahaman is amazing! Smart, patient, and listens. I will never go to anyone else for advice. Trust her absolutely! Thanks again, Ashley!

Get Legal
Advice From
Carrie Cravatta

Ready to Help in Tempe