Bicycle Accident Guide: What to Do If a Car Hits You 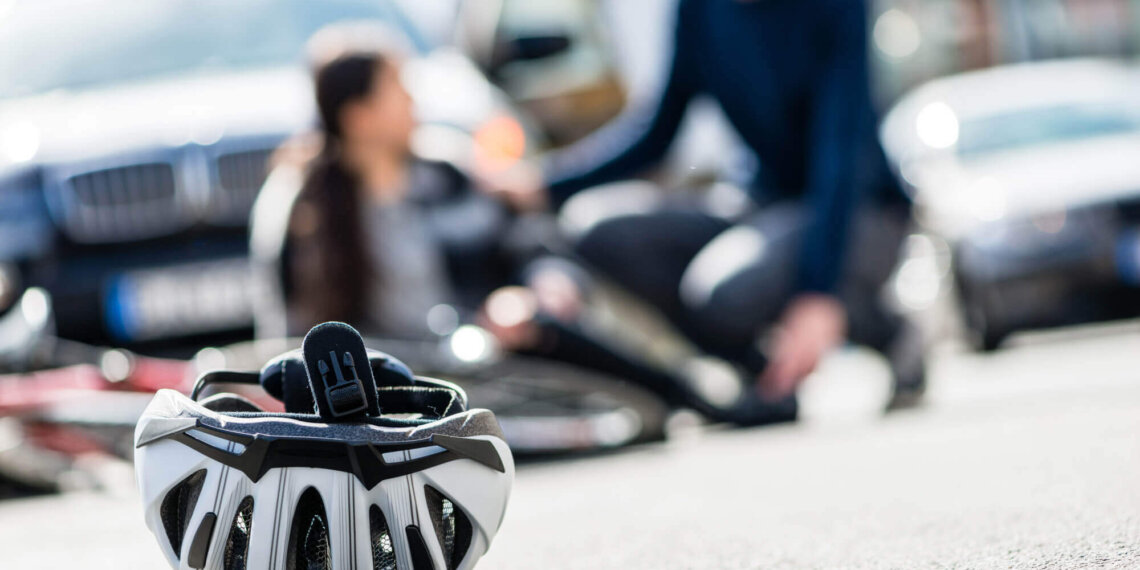 The aftermath of a bicycle accident can be a terrible, stressful affair. You have sustained significant injuries that you need to recover from. You may have to deal with the police who are asking you to file a report. And you need to do all of this while you are still recovering from the shock and trauma of having been hit by a car!

If you’re the victim in a bicycle accident, then it’s time for you to know what your legal rights are. In certain cases, you could be entitled to compensation for the damages that you have suffered at the hands of a negligent driver.

To preserve your rights to that compensation, it’s imperative that you take action as quickly as possible. But knowing what you need to do, however, is no straightforward task. The legal waters that surround bike accident claims are murky ones indeed.

But fortunately for you, in this post, we’ll take a look at everything that you need to do as soon as you have been hit in a bicycle accident to maximize your chances of receiving compensation for damages.

Get the Police There

The first thing to do when you get hit in a bicycle accident is to call the police. Even if you do not feel immediately as if you have sustained heavy damages, it’s still important that you get law enforcement on the scene as soon as possible.

Law enforcement is legally obligated to document any such vehicular incidents that happen on the road. By making sure that the police are brought to the scene, you will ensure that there is a legally-tracked record of the incident.

Plus, any injuries that you have sustained may not be apparent in the moment. Your adrenaline will be rushing, and your heart will be pumping. The pains and aches may not have yet set in. And when they do, you’ll be kicking yourself if you don’t have a legal record to back you up.

When the police get there, there are a few important things that you need to remember to do. Firstly, make sure that you get your version of the story down in the police report. Don’t let them talk to just the motorist — ensure that your story also gets put into the records.

Next, get the case report number from the police so that you look up the case in court records later on.

Talk to Witnesses and Gather Evidence

While you’re at the scene of the accident, it’s important that you gather evidence and eyewitnesses to what happened. Were there other cars who were in the vicinity that have stopped to help? Are there bystanders still hanging around?

Make sure that you get their contact information before they get bored and decide to leave. This will give you a leg up in court proceedings should they ever materialize. These eyewitnesses will be able to testify to what actually happened and give the judge a reason to award you damages.

Make sure to document other evidence. Take pictures of any obvious injuries that you have suffered. Take a picture of the bicycle that was hit. Get a quote on how much it would cost to repair it. Get any traffic camera footage if available. Arm yourself with as much evidence as possible.

There’s no such thing as too much evidence or too many eyewitnesses.

Go to a Lawyer

The next step is to go to a lawyer. An attorney will help you to navigate all of the complexities of the legal proceedings that will award you the damages that you need to compensate for your injuries and destroyed bicycle.

First, ask for referrals from friends and family who you know have dealt with a similar incident. They may have had success with a particular attorney or law firm who will take your case.

If this route doesn’t turn up any good candidates, then take to the internet to search for an attorney. Just make sure that you thoroughly vet each candidate in a number of ways. Check the online reviews to make sure that they have plenty of happy clients ready to testify to their legal prowess.

Look up their legal license in the American Bar Association to ensure that you are dealing with a legitimate attorney. Lastly, make sure that they are willing to do a free consultation to hear out the merits of your case before they start asking you for any fees.

Once you have a lawyer, all that remains is for you to file a lawsuit against the driver who hit you. The attorney will take care of all of the technical legal proceedings.

It’s important to remember that lawsuits are a long process. This isn’t something that is going to happen overnight. Instead, it could be months or even years before you are awarded compensation.

Typically, once a lawsuit is assessed and ready to go ahead, there will be a period of discovery where evidence is collected and shared by both sides of the case. There may also be a mediation period, where the case is arbitrated in a settlement outside of court. But if a settlement cannot be negotiated, then the case will move forward to trial.

Dealing With a Bicycle Accident the Right Way

There you have it. Now that you know what to do if you are in a bicycle accident, you should now be far better equipped to deal with this unfortunate scenario should it ever materialize in your life. Here’s to hoping that it doesn’t!

If you’re looking for more legal articles, you’re in the right place. Be sure to take some time to check out the rest of the articles on our website before you go.