Snell & Wilmer is pleased to announce that Bill Peterson, a partner in the firm’s Reno office, was honored by the State Bar of Nevada as the recipient of this year’s Presidential Award. Peterson was recognized in a video presentation at the bar’s annual meeting in Chicago on July 12 and 13 and received the award from Gene Leverty, president of the State Bar of Nevada.

The State Bar of Nevada’s Presidential Award is presented annually to a bar member practicing 20 years or more whose conduct, honesty and integrity represents the highest standards of the legal profession. Award recipients inspire by example, advance the administration of justice, and bring honor to the profession.

“On behalf of the firm, I want to thank Bill for his dedication to our profession and recognize his integrity and his commitment to maintaining the highest ethical standards during his entire legal career,” said Snell & Wilmer Chair Matt Feeney, who also attended the awards presentation. “We are incredibly proud to call you our colleague and more importantly, our friend.”

Peterson has been a commercial, administrative and personal injury litigator for over 40 years. His practice encompasses energy law, utilities, complex torts and all facets of commercial litigation in state and federal court. Peterson has considerable trial experience. He has tried over 40 cases to jury verdict and approximately 50 bench trials to judgment, many of several weeks duration. He has over 20 reported decisions in the Federal Supplement, Federal Reporter, Nevada Supreme Court Reports and the California Appellate Reports. Bill has defended numerous clients in cases of significant exposure. 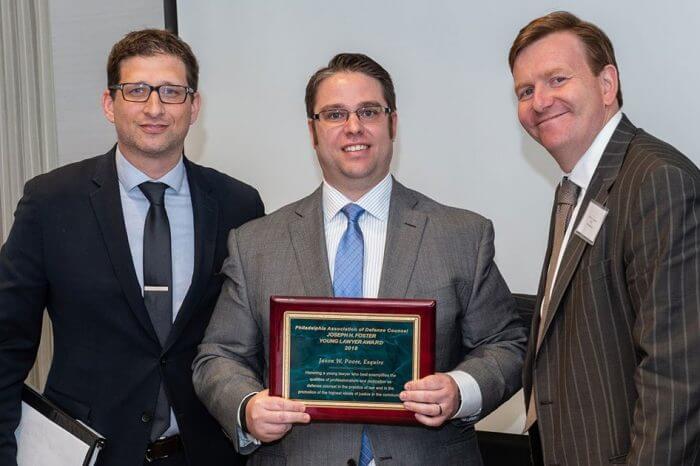