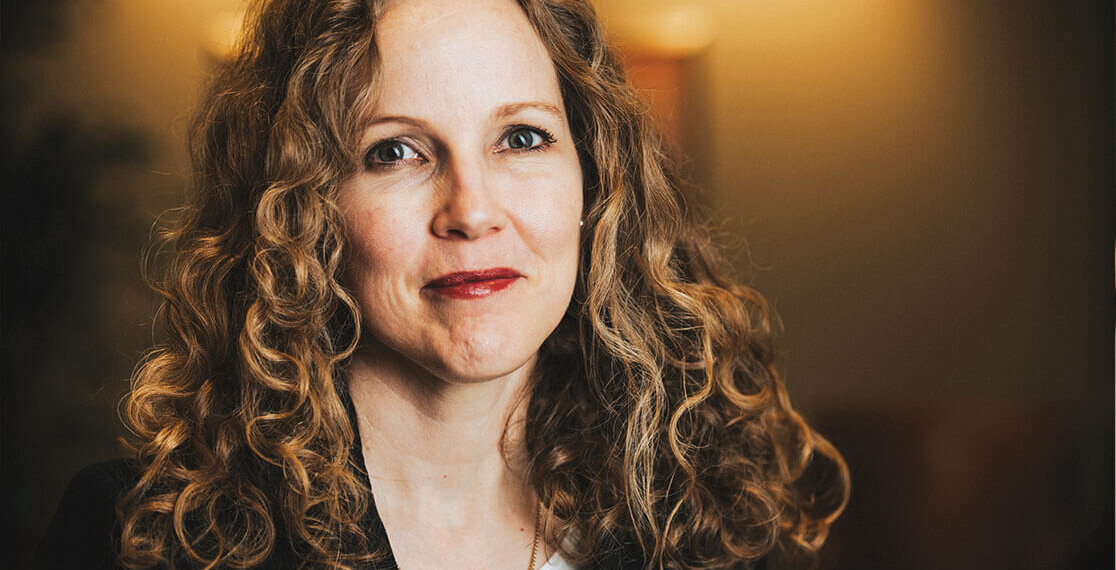 “I’m a lousy swimmer,” says Carolyn LeDuc. “During those few childhood years in which Mom insisted on the swim-team thing, I experienced each lap of the pool as 25 yards of straight spluttering.”

And that wasn’t the worst of it, when it came to sports. LeDuc also flunked out of cartwheels, got laughed off the tennis court, pitched a fair share of (excruciating) soft ball games in which every batter walked.

“I got into acting, somehow, not because I was especially good at it, but more because I could memorize words better than I could swing any part of my body for any dedicated purpose, and that was that.”

There were some roles – Anne Frank, say – that felt meaningful even if the performance itself impressed no one. Acting was just a childhood thing. But one role somehow had an effect that has lasted a lifetime –“Twelve Angry Men,” that Henry Fonda feature from 1957.

“We called it, ‘Twelve Angry Jurors,’” says LeDuc. But that tweak of the title aside, the play was just like the film. That is, a 19-year-old boy was tried for murder. Twelve jurors would decide: guilty or not? Virtually the entire play, beginning to end, was a jury deliberation.

LeDuc happened to play Juror Number Eight – Fonda’s role. And, as it happened, “memorizing the lines somehow felt different than it had for other roles – not because any turn of phrase was significant in and of itself, but instead because of their significance when taken as a whole.”

Back in high school, LeDuc had no plans to be an attorney; didn’t see herself ever putting a witness before a judge or juror, or delivering a closing argument. In fact, it would be long years before she turned those speaking skills into a decision to go to law school. But the implicit lessons from “Twelve Angry Jurors” were not lost on her.

“Twelve Angry Jurors” prompted LeDuc to consider the obvious – a connection with even one juror can move that juror to think harder, or think differently, and that juror may then move others to see the case from an entirely new point of view. “Any one of those jurors can be the one that makes a difference for the outcome of a trial.”

Given her long-held awe for the jury system, LeDuc considers herself unendingly lucky to have become a trial lawyer, and even luckier to have landed in an office next door to Richard Burbidge and Abigail Dizon-Maughan.

“Mr. Burbidge is gifted in every aspect of the practice of law,” says LeDuc. “He puts enormous labor and soul into every motion, every appeal, every deposition, every trial. There is exhaustive research, grilling of experts, dictations, drafts and redrafts, head-scratching and (at times) head-butting. He does it all. But his ability to connect with a jury stands out especially.

“He comes to every case deeply invested,” LeDuc continues. “Clients become family. And because he takes their cases personally, he speaks with empathy that isn’t feigned. It’s meaningful. The jury sees that.”

“I am inspired by everything about Ms. Dizon-Maughan’s story,” LeDuc says. “Not least of which is that, right out of law school, she opened her own trial practice and carried it to great success. That took moxie. Too, she understands juries.”

Last year, LeDuc tried a case with Burbidge. It was a tragic case. A father of five had died when a semi-tractor-trailer ran a red light through fog. Most of the fact witnesses had testified, and Burbidge had taken the defendant driver through a careful but compelling examination.

“We were just about to put on our knock-out expert on the issue of liability,” says LeDuc, “when the parties settled and trial was cut short.”

Of course, even this abbreviated trial had meant a lot to the clients. A substantial portion of the story of this husband, father and son had been put before a jury of his peers.

“I hadn’t known this man while he lived,” LeDuc says, “but the stories from his life and his love for his family turned him into one of my personal heroes. There were many hugs and tears when the case was done.”

To speak with the jurors was, of course, enlightening for LeDuc. Some followed the case scrupulously; they’d taken careful notes and knew every detail and even asked for additional facts about the case, so they could better resolve it in their own minds. Others, predictably, weren’t as invested. But most all of them had ideas about how they were leaning and what evidence was most (or least) persuasive one way or the other.

As in “Twelve Angry Jurors,” this case might have been one of those in which a connection with even a single juror proved the tipping point on some issue or sub-issue. One juror – paying attention, invested – may well have been the difference.

“But setting that aside, there was a refrain that I heard repeatedly from those jurors,” says LeDuc, “and it was a refrain I well understood because I shared it.”

“If I was hurt… If something happened to my family … If my company got into trouble and I needed a lawyer,” many of them said, “I know who I’d call … ”

“I am honored to work on behalf of the beautiful clients who come through our doors,” says LeDuc. “And to do so with Mr. Burbidge and Ms. Dizon- Maughan makes it an honor all the more.”

LeDuc practices with Burbidge and Dizon-Maughan at the law firm of Burbidge | Mitchell. The firm specializes in complex commercial litigation and catastrophic personal injury suits.