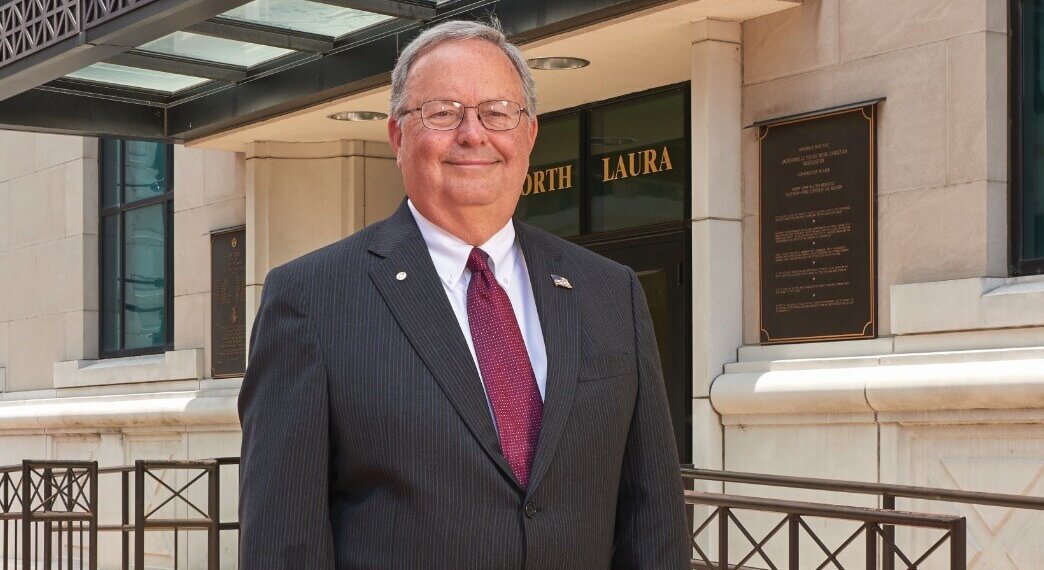 Charlie Cofer is the elected public defender representing both adults and children in the Fourth Judicial Circuit of Florida, which consists of Duval, Clay and Nassau Counties. He took office in January 2017.

AALM: After graduation from law school in Virginia, you joined the firm of Mahoney Hadlow & Adams here in Jacksonville. What drew you to the First Coast?

Cofer: My wife’s father moved to Melbourne Beach after retiring from the Air Force in 1974, so we were interested in settling in an area near him after I graduated from law school. Mahoney Hadlow & Adams did on-campus recruiting at the University of Virginia Law School, and so I accepted their offer to work in the firm as a summer associate following my second year of law school. My wife and I liked the size of Jacksonville, and the fact that it was easy driving distance to visit her family. At the end of the summer, the firm extended an offer for me to join the firm upon graduation, so it was an easy choice to make.

AALM: As a young attorney, what drew you into public service back in 1980?

Cofer: A close friend of mine at Mahoney Hadlow was Alan Chipperfield. Alan did some pro bono post-conviction work in federal court, and enjoyed it so much that he decided to leave the firm in early 1979, to join the Public Defender’s Office. Whenever I saw Alan, he would talk about his work at the office, and about how exciting it was to be in court on a daily basis, and having control (and responsibility) for his own caseload. I wanted to be a trial attorney rather than just engaging in a large-firm litigation practice, so that’s what drew me to the Public Defender’s Office.

AALM: Working for Public Defender Lou Frost, you worked as an assistant public defender for more than 18 years, 10 years of which was as a member of the homicide team. Any great mentors early in your career?

Cofer: Generally, I really liked the teamwork atmosphere at the Public Defender’s Office. Everybody worked together, and much of the process was everyone teaching everyone else. Early on, I developed a very close relationship with Jim Miller (some say we were inseparable!). Jim was one of the sharpest lawyers I have ever known, and his strength was dealing with constitutional issues. I collaborated with Jim on many cases, so he was a mentor of sorts.

From a pure mentor standpoint, I would have to recognize Bill White. Bill was the chief assistant for Lou Frost for many years – everyone leaned on Bill for advice, inspiration and guidance. If you went to Bill with an issue, he would work you through it in a way that would help you find the answer to other issues on your own. One of the best criminal defense lawyers I have ever known.

AALM: Having lectured on the death penalty and served on the Death Penalty Steering Committee of the Florida Public Defenders Association from 1992 until 1995. Please share your position regarding the death penalty here in Florida?

AALM: What motivated you to resign your position as a Duval County Judge in 2015, in order to run for public defender for the Fourth Judicial Circuit against incumbent Matt Shirk?

Cofer: My time serving as an assistant public defender meant a lot to me personally and professionally. I was proud to be a part of that office. The experience and reputation I gained during my years working for Lou Frost played a large part in my initial appointment to the bench.

Mr. Shirk’s election in 2008 was a difficult thing for me to accept, particularly because of the respect I have for Bill White. The purge of senior attorneys and staff that followed that election bothered me because it damaged the mentoring system which had been one of the strengths of the office. Over time, I developed additional concerns about the direction of the office based upon my observations in court and the occasional conversations I had with members of the office. I met with Mr. Shirk to discuss some of my concerns and to provide constructive advice to him. While the meeting was cordial, most of my concerns and advice were ignored.

As time passed, I felt that the office was in serious trouble. Morale among employees was low, complaints by clients about their attorneys continued to rise, the finances of the office were being mismanaged, and public confidence in the office had eroded.

I was fortunate to have served as a county judge for over 17 years – I truly enjoyed my time on the bench. But, I realize that the Public Defender’s Office is a critical part of our criminal justice system. There came a time that I could no longer accept what was happening at the office without doing something about it.

AALM: In addition to your administrative duties as the elected public defender, do you still get involved or take cases?

Cofer: Yes, I think it is important for me to be involved in cases. I am presently first counsel on a homicide case, and I stay in close communication with the homicide attorneys and the attorneys handling our Juvenile Life Without Parole (JLWOP) resentencing cases. The attorneys know that my door is open to anyone in the office to talk with me about a case or issues they are handling.

AALM: What are some of the biggest hurdles managing nearly 100 attorneys?

Cofer: When I took office, I quickly realized that the mission of the office was not clear, and that there was a culture of intrigue and rumor prevalent throughout the office. Fortunately, one advantage I had when taking over the office is that the attorney staff was looking for new leadership and a change in that culture.

One of the first things we did was to make the mission of the office clear – service and loyalty to our clients. The second thing we did was to make it clear that my administration would be an open one, and that if anyone had concerns about how things were going, they could voice them directly to me without fear of retribution.

We did some simple office moves to put supervising attorneys closer to the people they were supervising – some of these moves included spreading senior people throughout the office rather than congregating them on the administrative floor.

In terms of recruiting, we have improved our working relationship with the law schools at the University of Florida and Florida State University. We are bringing in more graduates who qualify to practice under the Rule 11 guidelines as certified legal interns. We are also actively pursuing law school programs that provide financial support for students who wish to spend time between semesters working for legal aid and public defender offices. We are hosting two students from Vanderbilt Law School under such a program this summer.

AALM: Are there any recent state or federal decisions that you have to address?

Cofer: Certainly, we will be handling a number of death penalty resentencing cases based upon the Hurst decision, which requires a unanimous jury recommendation as a prerequisite for the imposition of the death penalty. Our circuit also has a continuing task ahead of us handling most of the resentencing hearings for juveniles who were originally sentenced to life in prison without parole. Our figures show us that our circuit alone has approximately 12% of all these cases pending in Florida.

AALM: Please tell us a bit about your Juvenile Cross over Docket and its success?

Cofer: It is common for children who are caught up in dependency court to also have issues pending in delinquency court. Many years ago, such children would often appear in front of two different judges, at different times, with different counselors, case managers and lawyers. The two cases, dependency and delinquency, would run parallel tracks, but with little coordination, and often with inconsistent decisions. The cross-over docket attempts to treat the child, his environment, and his cases together to ensure the best results for that child.

AALM: Tell us a bit about the Jake M. Godbold City Hall Annex.

Cofer: The building was built in 1908, and was designed by Henry Klutho for use by the Jacksonville YMCA. It was the first reinforced concrete frame structure built in Florida. In 1927, extensive renovations were undertaken to provide retail space on the first floor, and offices on the upper floors. All of the YMCA’s features were removed at that time. In 1945, the building was remodeled again for use by the Haverty Furniture Company.

The building was subsequently purchased by the Police and Fire Pension Fund. In 2007, the fund completed a $10 million renovation for lease back to various city agencies. In April 2009, the building was renamed the Jake M. Godbold City Hall Annex in honor of Mayor Godbold, who was noted for leading downtown revitalization efforts. My conversations with Mayor Godbold have made it clear that he is proud of the building, as it looks directly across the street to his old stomping grounds in City Hall.