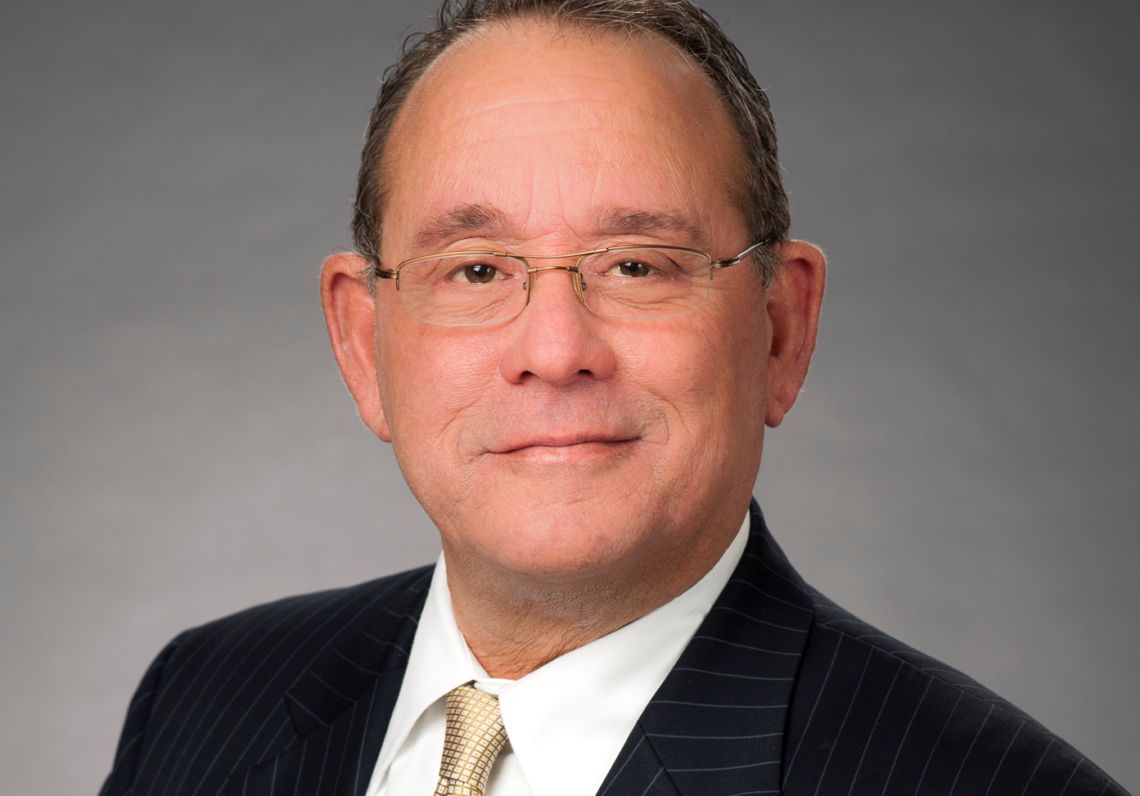 Attorney Cole Silver is what some might call a rare bird. Special, unique and decidedly refreshing. It’s not just because of his esteemed position in the law firm of Blank Rome either. Although, as chief client officer he holds the distinction of being among a select few who currently hold that position and title within the top law firms in the world.

No, what makes Silver such a rarity is all the other duties he assumes that technically do not fall within the province of chief client officer. Mentor, confidant, counselor and maybe even a bit of a guru, Silver executes every function with a warmth, wisdom, intuition, and compassion that, right or wrong, is not frequently attributed to lawyers.

For over 35 years Silver diligently practiced law holding various positions of responsibility.  He started out in private practice, then opened his own multi-state firm, then became general counsel to several companies and now serves as chief client officer of an Am Law 100 firm. Throughout this journey, Silver has assumed the role of rainmaker, litigator, diplomat, C-suite executive, client officer and coach to some of the best lawyers on the planet.  And yet, today he says he’s never been happier or felt more fulfilled professionally.

“Chief client officer is a relatively new role in law firms,” he says, “there are not many of us in big law and I believe I am the only one that has been an owner of his own law firm and a general counsel. This experience of being both the attorney and the client has provided me a rare insight into the attorney-client relationship. I was a client for most of my career, having served as general counsel for over a quarter of a century, and that has made me view all legal engagements through the eyes of the client.”

“The position of chief client officer is outward looking and revenue enhancing, all leading toward growing client relationships through ‘client centricity,’ meaning that business decisions are made with the client and market at the forefront instead of being myopic as some law firms are,” Silver continues. “My role is to bring the voice of the client to business decisions and help the lawyers focus more outward on the marketplace where the clients are, what they’re doing and where they’re going.”

As a veteran legal professional, Silver says he’s acutely aware of the changes constantly impacting firms. “Whether it’s new technology, demographics, new law entrants, or social and political issues, things are changing so quickly and if you don’t keep your eye on the ball and adapt you could find yourself in a difficult position in a few years,” he says. “However, no law firm that excelled at client service and had a loyal client base has ever gone out of business.”

Private Practice & On His Own

Graduating from law school in the 1980s, Silver first went to work with a litigation boutique firm but lost much of his initial enthusiasm over how the firm was managed.

“I wasn’t really happy,” Silver says, “because I had to keep timesheets and my boss never thought I worked hard enough. Those two things are very difficult for lawyers. Keeping time records where your life becomes allocated into 10- or 20-minute parcels and then being asked to work obnoxious hours which doesn’t leave much time for any kind of social life.”

Silver stayed for just a few years before leaving to open his own firm where he shared a suite with other lawyers. “I would get referrals from the other lawyers,” he says, “because most of them were personal injury or family lawyers and I was a business lawyer.”

Even at that time, a young lawyer just starting out, Silver recognized problems with how attorneys thought about client relationships and building a sustainable book of business.

“I was amazed that when a matter was over a lawyer would put the file away and move on to the next matter and all I could think about was all the relationships that lawyer made on that previous case he’s doing nothing with.”

This motivated him to become a student of marketing and devise his own system to consistently stay in touch with clients and provide them with proactive advice that helps them achieve their business objectives.

A Client Relationship Leads to a New In-House Career

He stayed in his own practice for about eight very successful years before one of his clients, a bank holding company, asked him to join them as in-house counsel.

“I believe this was based on the intimate relationship I had developed over the years with this client, just as I did with all my clients,” says Silver. “I would visit their office, I trained their employees, I would enter data into their computer systems, so I effectively became an extension of their company. And that’s what I teach lawyers to do today, to not just be a vendor having a one-off transactional relationship but to become transformational as an extension of the company’s business and legal department.”

Silver says he really enjoyed his new in-house corporate position. He loved leading a legal department, working with smart businesspeople, participating in strategic planning, taking calculated business risks, and he relished the fact that the whole organization collaborated around the client. He stayed with them for about nine years, and then moved on as general counsel to a small startup software company.

“It was the Internet explosion and this company was one of the first companies doing electronic bill pay,” Silver says. “They were named the Internet E-Business Multi-Media company of the year.”

At this company, Silver ran not only the legal department but also set up a compliance department because the company was regulated by the FFIEC. He led several successful regulatory exams, and he also ran human relations for a bit.

“One of the things that was really great about this position was that I got to do all these interesting and varied things.”

Eventually he helped sell the company for a substantial multiple of EBITDA.

Silver then moved on to a Fortune 500 company as chief counsel responsible for a $3 billion portfolio. He stayed there for about five years during the great recession.

“It was a very tumultuous time. Because of the recession, we went through a pre-pack bankruptcy, one of the largest in the country. It was just a crazy time,” he says.

Silver had one more general counsel stop along the way before landing at Blank Rome. From each one of his stops he took every opportunity to expand his knowledge and develop his business savvy.

“One thing I noticed early on in my corporate career is that when we would have C-suite or board meetings, the people who got the most attention were the people who brought in the revenue … in other words, Sales. In order to help on the revenue side, I started working intimately with the salespeople going on sales calls, doing deals and executing contracts right on the spot. I didn’t want my legal department to be seen only as a cost center but rather as a revenue center. I think that made me a more holistic and valuable general counsel.”

Today, Silver says he’s the most fulfilled he’s ever been throughout this long and impressive career. So, what makes this particular role so satisfying?

“First of all, this is a unique firm,” says Silver. “These are excellent lawyers with an entrepreneurial outlook. The firm was started over 75 years ago when Jewish lawyers weren’t welcome in white shoe firms. So, the firm is built with a foundational consideration for those who are discriminated against. The firm does a lot of pro bono work, as well as diversity, inclusion and ESG work. They really care about the community. I like the firm because of its people and culture.

“Secondly, this position lets me utilize my years of legal and business experience to bring a market and client-focused approach to business development and strategy,” he continues. “Most lawyers don’t like to market or sell but I help them look at marketing as ‘serving and educating’ which is much more comfortable.”

His business development coaching clients on average experience 34% year-over-year origination growth and he loves helping lawyers grow their client relationships and experience the wealth, security and freedom that it brings.

“I’m all about helping people experience success whatever that means to them,” he says, “so I work with the lawyers at the firm to build their book and expand their impact and influence. They are already very successful in their careers, but many have still not reached their goals or their definition of success. By helping align their overall goals with those of the client or people they want to serve, great milestones can be reached as everything we lawyers want out of careers is going to be accomplished by and through our clients.”

Married for 30 years with two grown sons, it’s apparent that this desire to give extends beyond his professional life. About 10 years ago, his beloved wife suffered a ruptured aneurysm, which left her thankfully alive but having to relearn everything all over again. Silver was by her side, her caretaker, teaching and nursing her all the while still holding down a full-time job.

“I’ve always been a problem solver and diplomat in my legal career,” he says. “Now I have found a great balance in my life helping lawyers align with our clients and working in an environment that enriches and enables me to be my best.”