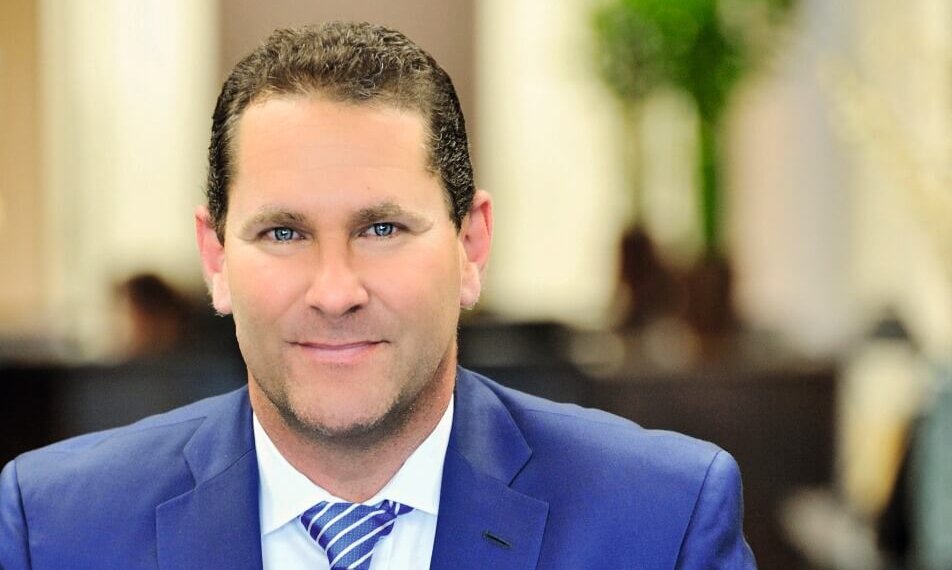 A self-described workaholic, accelerated by OCD, personal injury attorney Craig Goldenfarb is more accurately characterized as an intellectual, who also happens to be a dedicated husband and father, as well as a driven and successful businessman. His delightful, often self-effacing, sense of humor only serves to amplify Goldenfarb’s engaging personality.

“My combination of OCD and attention to detail led me into a career that rewards both,” he offers with a grin.

On a more serious level, Goldenfarb discusses two lifelong intellectual pursuits, which he’s found quite applicable to the business of law.

“I’ve always loved psychology and strategy,” he says. “When I was a kid, I had a subscription to Psychology Today magazine and loved to play games of strategy with my friends, always trying to outwit them.

“It might seem odd that I have such a passionate interest in these two fields, yet chose law for my career,” he continues. “Actually, I’ve found both interests work quite nicely within the framework of my career as a personal injury attorney, and are extremely useful in running a law practice.”

Endowed with some pretty powerful genes, Goldenfarb also had the advantage of stellar role models. His parents met while undergraduates at Harvard. His father went on to study medicine there while his mother enrolled at Harvard Law. While understandably proud of both parents, Goldenfarb speaks with obvious admiration of his mother’s accomplishments.

“After graduating law school in 1967, she taught as a professor under Alan Dershowitz at Harvard Law,” he says. “One of my favorite photos is of her Harvard faculty class. There she is, the lone female in a sea of men, and though you can’t tell from the picture, she was pregnant with my older sister.”

Although it was a time when the legal profession was predominately male, his mother stalwartly pursued her law career, even in the face of overt chauvinism and disparaging remarks.

“We moved to Florida in 1974, when I was four. At the time, women were practically non-existent in the legal field. I remember my mom sharing stories at the dinner table about male lawyers scoffing at her in court, telling her to ‘go home and have babies.’ Despite this blatant sexism, my mother went on to have a very successful career as a criminal defense attorney and appellate attorney in Clearwater. I remember as a teenager watching her argue a death penalty appeal before the Supreme Court of Florida. It was a pivotal moment for me and the moment I realized I wanted to follow in her footsteps and become an attorney.”

Unlike some attorneys, who loathe the day-to-day business dealings necessary to run a successful law practice, Goldenfarb seems to thrive in this area.

“My interest in business is the combination of two factors,” he explains. “The first is that I was lucky enough to be hired right out of law school, by my father-in-law, who had a successful personal injury practice in Miami. I was engaged to his daughter, Colleen, who is now my wife, so he kind of had a vested interest. For the first several years of my career I worked for him, and basically had a dual education. His litigators taught me to be a trial lawyer, and he took me under his wing to teach me how to run a business. I feel a lot of gratitude for his guidance.

“The second factor was that my interests truly are 50/50,” he continues. “I like being a trial lawyer, but I really enjoy the business of law, whereas many lawyers do not.”

So, about 10 years ago, Goldenfarb decided to take a step back, and concentrate on running his business. However, he assures us that he continues to participate in every mediation.

“I advertise a lot and so my clients expect me to be an important part of their representation, and I won’t let them down,” he says.

Regardless of where his focus is directed, Goldenfarb is fully committed. With his focus now shifted toward the business side, he began studying every aspect and type of business.

“I stand on the shoulders of others, borrowing and building on ideas from all areas of business and industry,” says Goldenfarb, “particularly when it comes to marketing, business structure, organization and customer/client relations. Therefore, I often meet with leaders in all fields of business to discuss how they run their operations.”

It’s hard to argue with success, and this multidiscipline approach has obviously worked for his practice. It was just Goldenfarb and a secretary, when he opened his personal injury practice in 2002. Today, the firm has grown to six lawyers and a total of more than 40 employees, in a relatively short time.

“The secret is hiring the right people,” he says. “I’ve found that hiring wonderful, experienced lawyers who have tried their own business, but discovered they didn’t like the business end of it, is a win-win. I think what I most enjoy is having the opportunity to work on my leadership skills. I enjoy discovering new ways to teach, move and inspire others.”

In an ongoing effort to improve himself both personally and as a leader, Goldenfarb has taken several law firm management and life coaching courses from nationally recognized companies such as Atticus and Landmark Education, as well as various other business-related seminars and classes. Some of the most dynamic methodologies gleaned from these classes have become part of the fabric of his firm’s operations.

“I sincerely feel that my employees don’t work for me, but with me,” he says. “This is a principle that guides me every day. I realize that they spend more of their lives at the office, than they do at home, and I want to honor that commitment any way I can. I’m grateful to have such an amazing group of co-workers who have bought into our law firm’s philosophy.”

This attitude of mutual respect extends to colleagues throughout the legal community, especially with their referral attorneys.

In fact, Goldenfarb has employees who are specifically dedicated to keeping their referral attorneys happy.

“We respect these colleagues and feel they and their services are valuable enough to warrant their own customer service department,” says Goldenfarb.

While in his second year of law school at the University of Florida, destiny stepped in.

“I was in the area of my apartment complex designated for washing cars,” begins his story, “when this Ford Probe pulls up, and out steps this tall, stunning blonde. I scrambled to come up with the cheesiest pick-up line I could. I had a can of that foam tire cleaner in my trunk, so I nonchalantly asked, ‘Can I foam your tires?’ I guess that line worked; we have been married 17 years.”

He and Colleen, a former TV news reporter and anchor for various stations throughout Palm Beach, have two teenage daughters, Danielle, 14, and Zoe, 12.

“I refer to my wife and daughters as: mama, drama and trauma,” Goldenfarb teases lovingly. “Which daughter is drama, and which is trauma depends on the day!”

The entire family stays active with sports and community involvement. Having played soccer throughout his life, Goldenfarb continues to play in a couple of men’s leagues and is thrilled that both girls share his passion for the sport. Recently, both dad and daughter Danielle became certified referees.

“I have trouble getting my head out of work mode,” Goldenfarb says, “and nothing helps me more than a day at the soccer fields. There’s nothing more special than spending a day on the fields with my kids.”

Both at home and the office, Goldenfarb leads the way in efforts to give back to the community, helping raise funds for many worthy causes.

“I want to continue to give as much as I can,” he says, “during the remainder of my legal career and life.”