Different Kinds of Abuses Found in a Nursing Home

The elderly who live in nursing homes rely on the staff for optimal care. Many of these residents do not have family who live nearby, so they count on the nursing home staff and volunteers to ensure that their basic needs are taken care of, while bringing them a sense of joy. However, many seniors do not find themselves enjoying their nursing home experience because of the different types of abuse that they encounter. Unfortunately, many of these crimes go unreported and never addressed. If you have an elderly family member or friend who resides in a home, you should educate yourself about the different kinds of abuse that take place so you can take legal action if you notice anything suspicious.

Nursing home residents are protected under the law. They are entitled to an environment free of abuse (emotional, physical, financial and sexual) and neglect. According to SeniorAdvice.com, there are approximately 641 nursing home facilities with 1,678 senior housing providers in the state of Georgia. Should you consult with Georgia nursing home abuse lawyer, you will be provided with the necessary steps to take once you suspect a senior has or is currently experiencing abuse at one of these facilities. They will also help you understand what actions and behaviors are inappropriate and illegal, including intentional and unintentional mistreatment and negligence. By becoming aware of these actions, you can speak to your elderly family member or friend who resides in a nursing home and ensure that their rights are not being violated.

General neglect is intentionally or unintentionally failing to provide proper care to residents. Even though neglect is defined as a deliberate act in most cases, when it comes to nursing home neglect, the act does not have to be malicious. Instead, nursing home neglect can be a result of oversight, carelessness, improper training or indifference. The following are examples of neglect: allowing residents to remain uncleaned, not providing sufficient water and food, leaving residents alone for long periods, neglecting their hygiene, ignoring their complaints, not reporting their symptoms to medical staff, etc.

If nursing home staff proceeds to verbally or emotionally berate a senior, this constitutes as abuse. Mean words and insults can cause serious mental trauma for seniors, causing them distress and fear. Examples of psychological abuse include: insulting a senior based on their intelligence or appearance, isolating them from other seniors, exerting too much control over their daily activities without reason, threatening to harm the resident, deliberately bringing up painful memories, etc. Emotional or verbal abuse does not have to include screaming or ugly words, it can be done subtly. This kind of abuse could include a breakdown of self-esteem through a series of manipulative actions, causing the senior to experience self-doubt, depression, loss of appetite and other effects.

Physical abuse is the act of causing bodily injury or trauma to a senior. In a nursing home, physical abuse towards the elderly could include hitting, slapping, punching, kicking, biting, striking, pushing, grabbing or shoving. Additionally, if a staff member uses an object as a weapon, whether it’s a rolled up magazine or a slipper to hit the senior, this constitutes as physical abuse. If the senior is confined and restrained against his or her will, this is illegal behavior. Physical abuse at any age is dangerous, but when an elderly person experiences abuse, the effects may be more severe and possibly life threatening. If the abuse is not treated, the senior could die as a result.

Financial abuse frequently occurs in nursing homes, especially when a resident does not have a strong support system in family and friends to oversee their finances. This abuse occurs when staff members use intentional manipulation of the resident in order to gain financial control. Additionally, those who commit financial abuse try to obtain illegal and unauthorized permission to spend the resident’s finances. Often times, residents are persuaded through friendship because of ignorance or loneliness. There are several ways that seniors can be abused financially. Examples of financial abuse include: denying the resident access to their own funds, stealing bank statements, stealing money or other things, forgery, misuse of power of attorney, tricking the residents to sign over finances, etc. This kind of abuse can leave permanent effects on the residents, ruining their quality of life to impacting their will and legacy.

Many people who place their elderly family member or friend in a nursing home do not even consider that sexual abuse might occur. However, this is an unfortunate reality that many seniors face when residing in nursing homes. Sexual abuse is the act of violating a resident in an unwanted sexual capacity through unwanted touching, intercourse, oral sex, etc. This may be hard to spot, especially if your family member or friend does not report the abuse. However, signs of sexual abuse include: bruises or lesions around the genitals. Sometimes, sexual abuse occurs when the resident is unable to give consent because they are incapacitated. Even though many of the abusers are often nursing home staff, sometimes the residents are abusers. For example, many people are not aware that elderly sex offenders are allowed to live in nursing homes as well. While many may be rehabilitated, there are some who are still battling this illness and may be secret abusers, harming and sexually abusing other residents.

Even though most of the abuse cases in nursing homes occur from staff members, there are many cases that include abuse from fellow residents, visiting family members and friends and volunteers. As a person who works at a nursing home or someone who has a family member living in one, it is important to stay educated and vigilant at all times. These residents depend on you to help protect them. If their rights are being violated, do not hesitate to contact a nursing home abuse lawyer who will help you take action to remedy the situation so that you can ensure the safety and protection of your beloved senior. 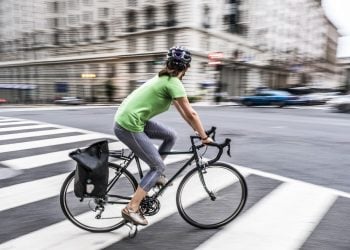