According to court documents, beginning in or around January 2018, defendants Frank Hamilton, 52, of Simi Valley, California; Michael Jones, 55, of Azusa, California; Tina Chen, 39, of Diamond Bar, California; Kenny Tran, 38, of Diamond Bar, California; Tim Park, 37, of Northridge, California; Peter An, 37, of Chatsworth, California; Joseph Greco, 42, of Simi Valley, California; Edwin Bonilla, 36, of Los Angeles, California, and others allegedly conspired to apply for SBA, PPP, and EIDL loans on behalf of their respective businesses that were dormant companies or companies with limited business operations. In exchange for fees, Hamilton, Jones, and others made the businesses appear to be functioning companies with operations and employees by creating fake documents, including fake bank statements and fictitious tax documents for the businesses. One conspirator provided a script for other conspirators to use in calls with lenders. The conspirators allegedly obtained over $7 million in PPP, EIDL, and SBA loans.

Court documents further allege that the conspirators followed so-called “forgiveness plans” that directed them to transfer the fraud proceeds as purported payroll payments for each of the companies that obtained PPP funds. These “forgiveness plans” were designed to disguise the proceeds as payroll payments and make it appear that the loan recipient was meeting the SBA requirement that a percentage of the PPP funds be used for payroll, thus increasing the likelihood that the loan recipient would qualify for loan forgiveness. At Hamilton’s direction, Jones, Chen, Tran, Park, An, Greco, and Bonilla wired the disguised fraud proceeds to a bank account in the name of a dormant company Hamilton controlled.

Hamilton, Jones, Chen, Tran, Park, An, Greco, and Bonilla are each charged with conspiracy to commit wire fraud. If convicted, they each face up to 20 years in prison. A federal district court judge will determine any sentence after considering the U.S. Sentencing Guidelines and other statutory factors.

Trial Attorneys David A. Stier and Patrick B. Gushue of the Criminal Division’s Money Laundering and Asset Recovery Section and Assistant U.S. Attorney Judy G. Smith of the U.S. Attorney’s Office for the Eastern District of Pennsylvania are prosecuting the case.

On May 17, 2021, the Attorney General established the COVID-19 Fraud Enforcement Task Force to marshal the resources of the Department of Justice in partnership with agencies across government to enhance efforts to combat and prevent pandemic-related fraud. The Task Force bolsters efforts to investigate and prosecute the most culpable domestic and international criminal actors and assists agencies tasked with administering relief programs to prevent fraud by, among other methods, augmenting and incorporating existing coordination mechanisms, identifying resources and techniques to uncover fraudulent actors and their schemes, and sharing and harnessing information and insights gained from prior enforcement efforts. For more information on the department’s response to the pandemic, please visit https://www.justice.gov/coronavirus.

Anyone with information about allegations of attempted fraud involving COVID-19 can report it by calling the Department of Justice’s National Center for Disaster Fraud (NCDF) Hotline at 866 720 5721 or via the NCDF Web Complaint Form at https://www.justice.gov/disaster-fraud/ncdf-disaster-complaint-form.

An information is merely an allegation, and all defendants are presumed innocent until proven guilty beyond a reasonable doubt in a court of law. 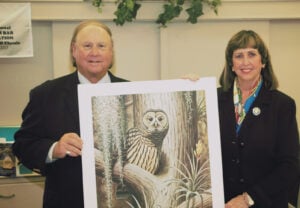 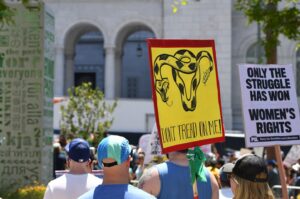