LOS ANGELES—Top boutique law firm Sklar Kirsh LLP’s latest hire, Senior Counsel Enrique A. Monagas, is a complex commercial litigation pro who has been on the front lines of major legal battles against, and between, government agencies.

“It was always my goal to return to private practice where I could be part of a top team using the law as a tool to problem solve for clients,” said Monagas, who earned both his undergraduate degree and J.D. at University of California, Berkeley. “I’m excited to bolster the firm’s client resources with my public and private sector experience.”

“We’re thrilled to add a lawyer with Enrique’s seasoning as a trial attorney and sterling reputation in the Los Angeles legal community,” added Justin Goldstein, Chair of Sklar Kirsh’s Litigation Department.  “I’m incredibly pleased with the success we’ve had in building a robust practice at Sklar Kirsh, and Enrique’s arrival helps cement us as a litigation powerhouse.”

As an Associate at Gibson Dunn, Monagas represented the plaintiffs in Hollingsworth v. Perry, which successfully challenged California’s ban on same-sex marriage, Prop. 8. Thereafter, in 2016, as a Deputy Attorney General, Monagas represented California in federal challenges to the Trump Administration’s travel ban and the ban on military service by transgender individuals.

Monagas describes his work with the California Attorney General’s Office as “holistic. I had to be on top of it all and see all aspects of the litigation, write the briefs and make every argument before both the trial and appellate courts.” Monagas advised the Governor, Lieutenant Governor, Attorney General, Controller, Treasurer and Secretary of State on constitutional and statutory law, government operations, elections, public finance, firearms, financial conflicts of interest and ethics.

Prior to joining Gibson Dunn in 2008, Monagas was an associate at Folger Levin & Kahn LLP in San Francisco. Prior to that, he externed with the Honorable Kim McLane Wardlaw of the United States Court of Appeals for the Ninth Circuit. 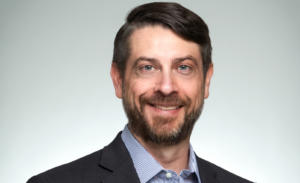 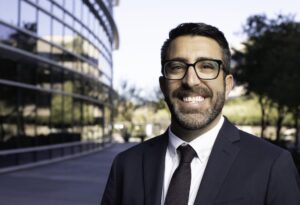 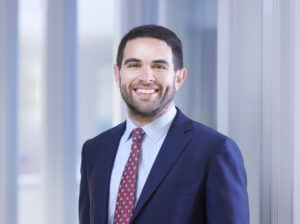