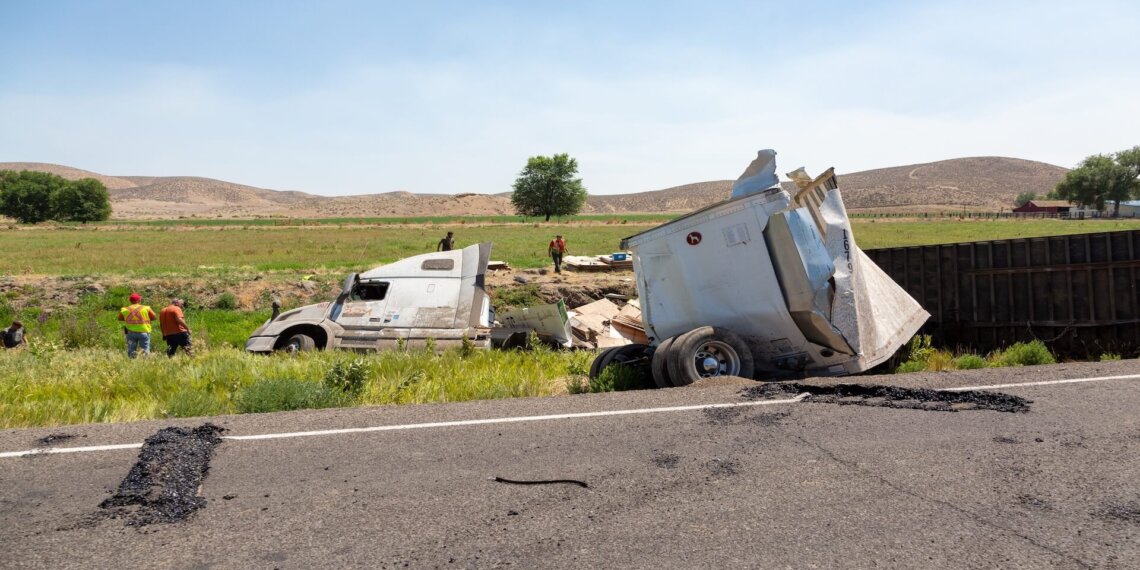 Commercial motor vehicle wrecks are serious, and often deadly, particularly when they involve large vehicles. Firetrucks, ambulances, tractor trailers, dump trucks, cement trucks, and other large, heavy vehicles do more damage because of their size and weight, especially when the trucks are loaded.

According to the Florida Highway Safety and Motor Vehicles Department, in one recent year, the Fort Lauderdale area saw 41,082 wrecks, which led to 237 fatalities and 24,644 injuries. Of these accidents, 4,253 involved commercial motor vehicles, causing 18 of the total fatalities and 943 of the total injuries.

The Federal Motor Carrier Safety Administration recorded a total of 321 fatalities due to large truck crashes across Florida that same year.

Ice, snow, rain, and even the sun cause trucks to get into accidents. Another weather feature that many do not think of is wind. Because most commercial motor vehicles are quite tall, they may be vulnerable to tipping over in the wind, especially on sharp curves if the wind is blowing in the wrong direction.

Large vehicles should slow down on curves more than they normally would when the winds are strong. If a truck is on a curve that takes it to the right, into the wind, the truck may tip to the left, especially if the load shifts. Hurricane-force winds can blow fully loaded trucks over even on straight sections of road.

Because of a truck’s weight and size, it takes much longer than a regular passenger vehicle to stop. A fully loaded truck takes even longer than an empty one. Many highways have a separate speed limit for truckers, especially on steeper grades, because of this. A truck driver who chooses to speed might come upon slower traffic, debris in the road, or a traffic jam where traffic is stopped and might not be able to stop in time.

Commercial motor vehicles regulated by federal law must obey speed limits or they can face steep penalties. Because of federal hours of service regulations, some truckers speed to try to make up the time they spent sitting in a traffic jam.

However, with the recent implementation of electronic logging devices, it is difficult for a trucker to get away with excessive speed.

While reckless driving is dangerous no matter what type of vehicle a person is driving, with trucks, it’s even more dangerous. If a trucker weaves in and out of lanes, they risk shifting their cargo. When cargo shifts, it can make the trailer behave erratically, enough so that the truck might flip or the trailer could jackknife.

Given the size of most commercial motor vehicles, poor maintenance is an extremely serious concern, since bad parts can easily cause fatal or catastrophic accidents. If a truck’s brakes or a tire is bad, the unexpected movement a blowout causes or the trucker’s inability to stop can cause an accident.

The injuries a victim might suffer in a commercial motor vehicle accident are the same types of injuries they could expect to suffer in an accident between two passenger vehicles. However, those injuries are often worse because of the size and weight of the truck.

The force of a wreck with a 60,000-plus pound vehicle will often shatter bones instead of just breaking them. A truck crash is also more likely to cause serious long-term or permanent traumatic brain injuries instead of a mild concussion, which is a less serious type of traumatic brain injury, although any type of brain injury can lead to long-term symptoms. However, most people recover from mild concussions rather quickly.

Because truck accidents often cause catastrophic injuries or fatalities, insurance companies that cover truckers often have to pay out more money. If you suffer long-term injuries in a wreck with a truck, you might collect future medical expenses, future lost wages, and compensation for pain and suffering, emotional distress, loss of enjoyment of life, loss of consortium, and loss of companionship.

If you lost a loved one in a commercial motor vehicle accident, you may be eligible to recover damages such as loss of consortium and loss of companionship.

Depending on the circumstances of the accident, you might be able to collect damages from more than one insurance company if you suffered injuries in a commercial motor vehicle wreck. For example, if a technician installed the truck’s brakes improperly and the driver, who was supposed to inspect the brakes, failed to do so, you may be able to collect from both the technician’s and the driver’s insurance policies.

Recovering damages after a commercial vehicle accident is often complicated, but an experienced truck accident lawyer can help you navigate the process.