On Thursday, Guatemalan nationals Armando Gael-Galicia aka Artemio Diego Andres Gonzalez and Luis Moreno-Gonzalez, 26, and Jose Diego Tercero-Gonzalez, 22, both of whom resided in Texas, pleaded guilty in federal court in the Western District of Texas to conspiracy to transport and harbor aliens for financial gain and resulting in death. At sentencing, each will face a statutory maximum penalty of life in prison.

In early May 2021, the body of a young indigenous Guatemalan woman was discovered in a remote area just outside of Odessa, Texas. On Aug. 23, 2021, Gael-Galicia and Tercero-Gonzalez were arrested in or near 910 Coyochic Avenue in Odessa, which was the location of the trailer where the victim was taken and died. Inside the trailer were additional migrants who had entered the country illegally, detailed ledgers, and more than 100 cell phones. Pursuant to their guilty pleas, the defendants admitted that they operated a prolific alien smuggling organization and were responsible for the transportation of the migrant who died.

This investigation is related to the recent indictment and arrests of Felipe Diego Alonzo aka Siete, 38; Nesly Norberto Martinez Gomez aka Canche, 37; Lopez Mateo Mateo aka Bud Light, 42; and Juan Gutierrez Castro aka Andres, 45; in Guatemala in August 2022. Those defendants allegedly conspired with other smugglers to facilitate the travel of large numbers of migrants from Guatemala through Mexico, and ultimately, to the United States, charging the migrants and their families approximately $10,000 to $12,000 for the perilous journey. In addition to prolific smuggling of migrants to the United States, the human smugglers targeted in the August 2022 operation are alleged to be responsible for the death of the same indigenous Guatemalan woman transported by Gael-Galicia and Tercero-Gonzalez. Guatemalan authorities arrested Diego Alonzo, Martinez Gomez, Mateo Mateo, and Gutierrez Castro pursuant to requests for their extradition by the United States.

“Joint Task Force Alpha (JTFA) was created to investigate and prosecute the international networks responsible for dangerous human smuggling activities that exploit and victimize migrants,” said Assistant Attorney General Kenneth A. Polite, Jr. of the Justice Department’s Criminal Division. “Through extensive coordination with our U.S. Attorney’s Office and law enforcement partners, yesterday’s guilty pleas emphasize JTFA’s comprehensive mission to leave no stone unturned in its efforts to hold accountable all those who treat human life like a commodity.”

“I am incredibly thankful for the collaborative law enforcement efforts that resulted in these guilty pleas,” said U.S. Attorney Ashley C. Hoff for the Western District of Texas. “Not only are they indicative of joint efforts to hold callous human smugglers accountable but they also demonstrate our firm commitment to ensuring that all victims receive justice.”

“While this conviction is a significant win for law enforcement agencies and task force partners, it’s equally important to acknowledge the closure and semblance of justice it brings the family and friends of the victims,” said Acting Executive Associate Director Steve Francis of Homeland Security Investigations (HSI). “Human smugglers who conspire to undermine federal laws for profit have no regard for human life and combating this horrific crime of exploitation is one of our agency’s top priorities. Rest assured, HSI special agents will continue to utilize their broad range of authority and international footprint to identify, investigate, and disrupt domestic and transnational criminal organizations engaged in human smuggling operations around the world.”

“Transnational criminal organizations put profit over human lives,” said CBP Deputy Commissioner Troy Miller. “CBP has dedicated significant time, effort, and resources to strike at the heart of this problem through joining initiatives like Joint Task Force Alpha. These partnerships are critical to disrupting the criminals who prey on vulnerable individuals.”

This investigation was coordinated under Joint Task Force Alpha (JTFA). JTFA was created by Attorney General Merrick B. Garland in June 2021 in partnership with the Department of Homeland Security (DHS) to strengthen the Department’s overall efforts to combat these crimes based on the rise in prolific and dangerous smuggling emanating from Central America and impacting our border communities. JTFA’s goal is to disrupt and dismantle those human smuggling and trafficking networks operating in El Salvador, Guatemala, Honduras, and Mexico, with a focus on networks that endanger, abuse, or exploit migrants, present national security risks, or engage in other types of transnational organized crime.

Since its creation, JTFA has successfully increased coordination and collaboration between the Justice Department, DHS, and other interagency law enforcement participants, and with foreign law enforcement partners, including El Salvador, Guatemala, Honduras, and Mexico; targeted those organizations who have the most impact on the United States, and coordinated significant smuggling indictments and extradition efforts in U.S. Attorney’s Offices across the country. To date, JTFA’s work with its partners has resulted in criminal charges and over a hundred domestic and international arrests, including against leaders, organizers, and significant facilitators of human smuggling activities; several dozen convictions; significant jail sentences imposed; and substantial asset forfeiture. JTFA is comprised of detailees from southwest border U.S. Attorney’s Offices, including the Southern District of Texas, the Western District of Texas, the District of New Mexico, the District of Arizona, and the Southern District of California, and dedicated support for the program is also provided by numerous components of the Criminal Division that are part of JTFA – led by the Human Rights and Special Prosecutions Section (HRSP), and supported by the Office of Prosecutorial Development, Assistance and Training (OPDAT), the Narcotic and Dangerous Drug Section (NDDS), the Money Laundering and Asset Recovery Section (MLARS), the Office of Enforcement Operations (OEO), the Justice Department’s Office of International Affairs (OIA), and the Organized Crime and Gang Section (OCGS). JTFA is made possible by substantial law enforcement investment from DHS, FBI, Drug Enforcement Administration (DEA), and other partners.

The charges contained in an indictment are merely allegations. All defendants are presumed innocent until proven guilty beyond a reasonable doubt in a court of law. 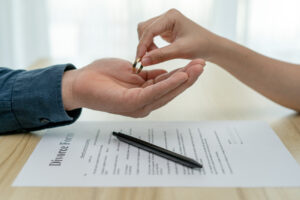 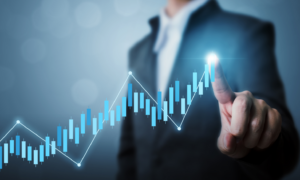