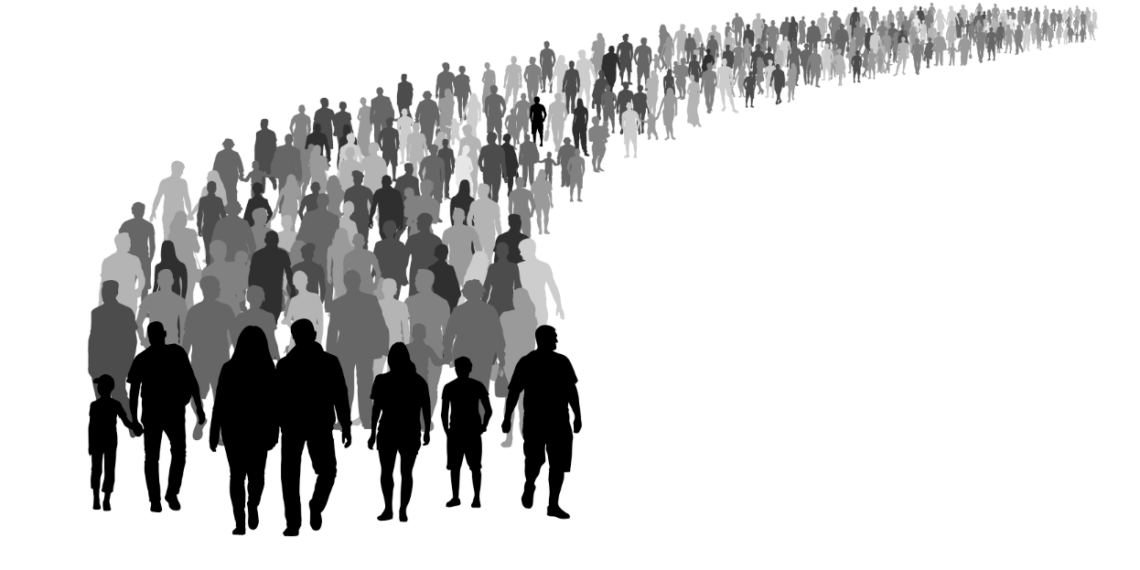 Recently, I was listening to a talk radio program in which immigration was discussed. The gist of the discussion was responding to the question, “Why don’t illegal immigrants just get in line?” The point the host was making was that if those wanting to immigrate to the United States would just get in line and do it the right way, we would welcome them. This approach assumes that there is a line for them to queue up in. For many people, however, the reality is that there is no line … or at least no practical line.

There has been a stalemate in Washington over immigration law for many years. At the end of the day, what is a politician’s main motivation for doing what he or she does? For most of them, I would imagine the response to be, “Staying in office.” Taking a position on any immigration policy is toxic and the fallout at the ballot box and in opinion polls is very difficult to predict. Making any choice, either tightening or loosening policy, will have consequences. So ultimately, they don’t do anything.

It is also notable to me that immigration policy does not fall cleanly on party lines. Most people would say that Democrats lean toward a more open-door, lenient immigration policy, while Republicans take a hard line and want to push only for more enforcement and tougher laws. Although there is some truth in that perception, the reality is not so clear. For example, one of the most draconian immigration laws in U.S. history was signed into law by President Clinton, a Democrat. Contrastingly, one of the most lenient immigration laws in U.S. history was signed into law by President Reagan, a Republican. Surprising to some is the fact that the president with the highest number of deportations in history is President Obama, eclipsing President George W. Bush’s tenure total in less than six years in office. Many in Washington realize it is a system that needs a serious overhaul on all fronts. We’re still working with a 1952 statute when the world has changed so much since it was passed.

As I stated above, for many there is no line, or at least no line that is practical for them to step into. Becoming a permanent resident of the United States, colloquially known as getting a “green card,” basically has four routes – through certain family sponsorship, employment or investment options, refugee or political asylum status, and the diversity visa lottery. Each has its own challenges and limitations, as I will briefly explain.

For someone married to a U.S. citizen, there are situations in which there is no option for the non-U.S. spouse to become a permanent resident. For example, a person who has lived in the Untied States illegally for more than one year, who leaves and re-enters the United States illegally, is barred for life from becoming a permanent resident, even through the spouse’s sponsorship. It does not matter that the couple may have children; that the person has no criminal record; that the person has always paid his or her taxes; or that the person’s entire extended family may be legally living in the United States. In fairness, there is a possibility of waiving that bar after the person has left the country for at least 10 years. However, trying to raise children and provide for a spouse while living in poverty is not a practical option for many in this situation. Changing this one rule, which was signed into law by President Clinton in 1996, would help to alleviate the significant increase in illegal immigration in the United States, and no amnesty would be required.

As a U.S. citizen, filing for permanent residence for a brother or sister born in the Philippines involves a significant time issue. Because of the incredibly low number of available green cards in that category, the wait time is about 23 years. How much life happens in 23 years? If a company wishes to sponsor a person from India with a doctorate from a U.S. university for a green card to work for them, the wait time is currently seven years. What company can wait for seven years? A U.S. citizen or permanent resident trying to immigrate a grown child (over age 20) to the United States will wait over 20 years if the child was born in Mexico.

There are other bars to immigrating to the United States as well. The reality is our current immigration laws and policies are broken in many ways. The result is that for many who wish to legally live with and provide for their families, there is no “line.” Garry L. Davis