Injured on Company Premises? Get a Personal Injury Lawyer 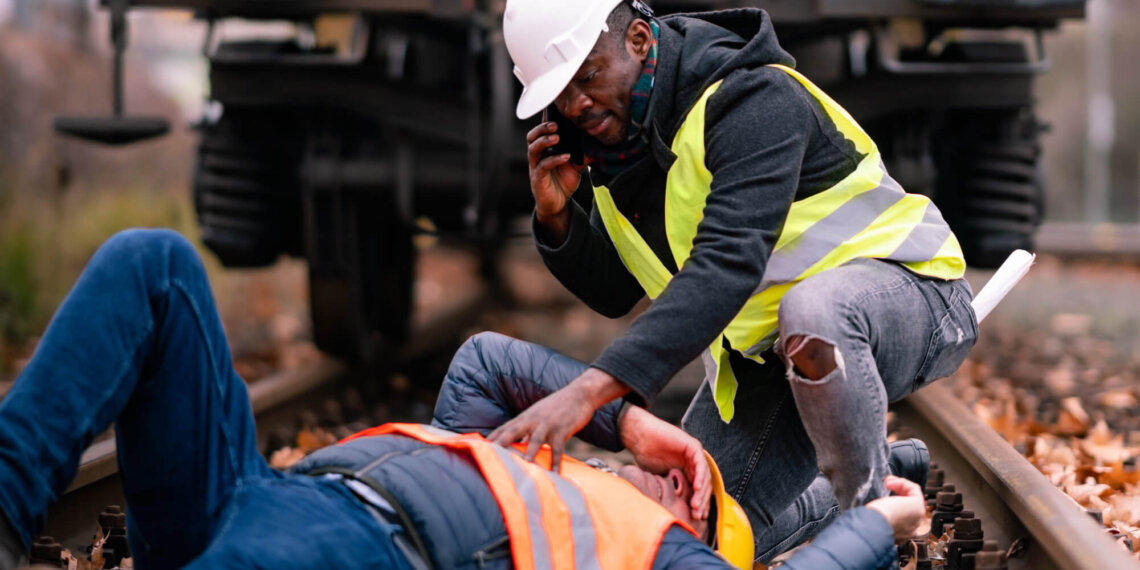 If you fall victim to an injury, there are many laws in place to preserve your rights for compensation. However, injuries differ depending on their cause and circumstances, making their governing laws different. So, if you’re a customer visiting a certain company and was injured during the visit, let’s say from a slip and fall accident, then you can be eligible for filing a personal injury claim. If you went through the same accident, but you’re an employee of the company, your claim will most probably be filed under workers’ compensation. Does that mean that, in case of getting injured on company premises, your only option as an employee is to file a workers’ comp claim? It doesn’t have to be.

But before we get into all of your options, let’s explain the difference between personal injury and workers’ compensation claims.

There are two main differences between personal injury and workers’ comp, and these concerns the need to prove fault and  damages.

In filing a personal injury claim you need to prove that your injury occurred as a direct or indirect result of another party’s negligent actions. For instance, in a slip and fall accident, you’ll be required to provide proof that the company’s owner was negligent in maintaining the property somehow, and this negligence caused your accident. This is not the case with workers’ compensation claims. Workers’ compensation doesn’t take into account fault. It states that if an employee is injured on the job, then they’re eligible for getting workers’ compensation. It doesn’t matter whether the injury resulted from the employer’s negligence or the employee’s, the injured employee will get compensation.

While workers’ compensation claims sound easier to process due to the lack of necessity of proving fault, it falls short in its compensation of damages. An injured employee will get compensation to cover the medical expenses, lost wages due to the injury, benefits in case of permanent impairment, and vocational rehabilitation. You don’t get compensated for the pain and suffering you’ve endured as a result of the accident and you don’t have the right to sue your employer (or fellow workers) for any damages or negligence. Personal injury claims cover all aspects of the injury consequences; the economic damages, such as medical costs and lost wages, and non-economic damages; such as pain and suffering.

When can a worker sue for personal injury?

When an employee gets injured on work premises, most lawyers guide them through filing a workers’ compensation claim. However, this is not the only option they have.

For instance, New York’s Law of Labor entails sections that specify the duty of the employer to ensure the safety of equipment and the adequate training of personnel, the lack of which causes many injuries in the workplace. Despite that fact, many accident lawyers in Nassau County, NY, fail to guide the injured worker toward getting a personal injury compensation. Instead, they work the legal procedures of workers’ comp. If injured workers are aware of the options they have, they can speak to a personal injury lawyer in Nassau county instead and get the full compensation that they deserve. These lawyers will make sure to guide them through the steps of filing a personal injury claim and even though the injury occurred on company premises, the lawyers will ensure the injured’s full rights.

When can a worker sue for personal injury? There are three situations in which that’s possible:

Defective products in the workplace can come in the form of machines and equipment that are defective in their manufacture, dangerous to use, or failed to be properly maintained. Injuries can also arise from products that had special instructions for use and the employer failed to train their employees accordingly. If you got injured in your workplace due to using such products, or as a result of not getting adequate training before using them, you’ll be able to file a personal injury claim against the manufacturer, the employer, or both.

Injury from toxic substance use

The same goes, if you’ve suffered intoxication as a result of using, or coming into contact with a toxic substance at work. There are many regulations regarding workplace safety, some of which require that employer to implement standard procedures for workplace safety against possible chemical hazards. If the employer has failed to take the appropriate safety measures, not only can you file for personal injury, but you can also file a complaint with the Occupational Safety and Health Administration (OSHA), explaining that the rest of your workmates are also in danger. Injury resulting from toxic substances can take years to present themselves, so it’s never too late to file such claims.

There are other causes that could result in your injury on company premises that make you eligible for filing a personal injury claim. This holds true if your injury was caused by an intentional act of harm from your employer directly. If you fell into an accident as a result of a negligent third party, then you can file a claim against the said party as well. Finally, there are times when your employer may fail to provide workers’ compensation altogether. This can be because they don’t have active workers’ comp insurance to cover the costs of your workers’ compensation.

The course of action that you take after an accident is heavily influenced by your attorney’s guidance, so make sure you’re putting your trust in an experienced one. This comes to show in the process following an injury on company premises, where many believe that a workers’ comp claim is the only course of action for employees. This limits their rights to sue and get the compensation that adequately covers their damages, which a personal injury claim can provide. Experienced lawyers will work with injured employees to prove the fault of the negligent party; whether it was resulting from the use of defective products, chemical intoxication, intentional harm caused by the employer, third party negligence, or failure of the employer to provide workers’ comp.