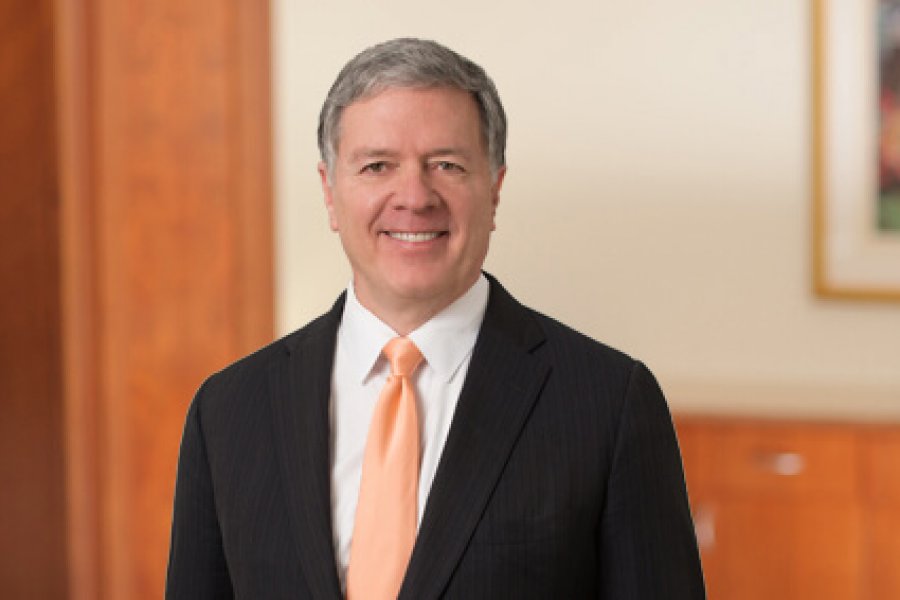 BakerHostetler partner Poe Leggette was honored by the Independent Petroleum Association of America in late June for the quarter-century he has dedicated to successfully representing the association and its members, and having helped save the industry billions of dollars during that time.

Leggette, co-leader of the BakerHostetler’s energy team, sat among the board of directors of the Independent Petroleum Association of America (IPAA) at its mid-year meeting where he was expecting to deliver an update on the litigation he is handling for the organization. However, when IPAA President Barry Russell began Leggette’s introduction, Leggette quickly realized he would not be delivering the presentation he had prepared. Instead, he would be honored for providing “25 Years of Outstanding Legal Representation” to the IPAA.

Russell shared with the attendees – which included 30 board members, comprised of senior executives from leading independent U.S. oil and natural gas producers, and 50 IPAA members and staff – an extensive list of successes Leggette has achieved for the association.

The victories amount to approximately $25 billion in savings for the industry over the 25 years Leggette has been representing the organization.

“For an industry that faces the challenges of market volatility, organized opposition and excessive regulation, Poe has championed access and the fight against unnecessary and costly burdens on your operations,” Russell said. “He has been a great friend to IPAA and its members, and we’re pleased to recognize his 25 years of outstanding representation.”

“I am lucky that I have been allowed to work on projects I love, and I am luckier still to have done that work for people I admire,” Leggette said. “You independent producers know how much energy you contribute to the American economy, and American energy is the foundation on which we have built the most prosperous and healthiest civilization in the history of the world.”

Recognized as one of the top firms for client service, BakerHostetler is a leading national law firm that helps clients around the world to address their most complex and critical business and regulatory issues. With five core national practice groups – Business, Employment, Intellectual Property, Litigation and Tax – the firm has more than 940 lawyers located in 14 offices coast to coast. BakerHostetler is widely regarded as having one of the country’s top 10 tax practices, a nationally recognized litigation practice, an award-winning data privacy practice and an industry-leading business practice. The firm is also recognized internationally for its groundbreaking work recovering more than $12 billion in the Madoff Recovery Initiative, representing the SIPA Trustee for the liquidation of Bernard L. Madoff Investment Securities LLC. Visit bakerlaw.com.