Is the Juice Worth The Squeeze? Exploring Loss of Value Insurance Products for Elite Athletes 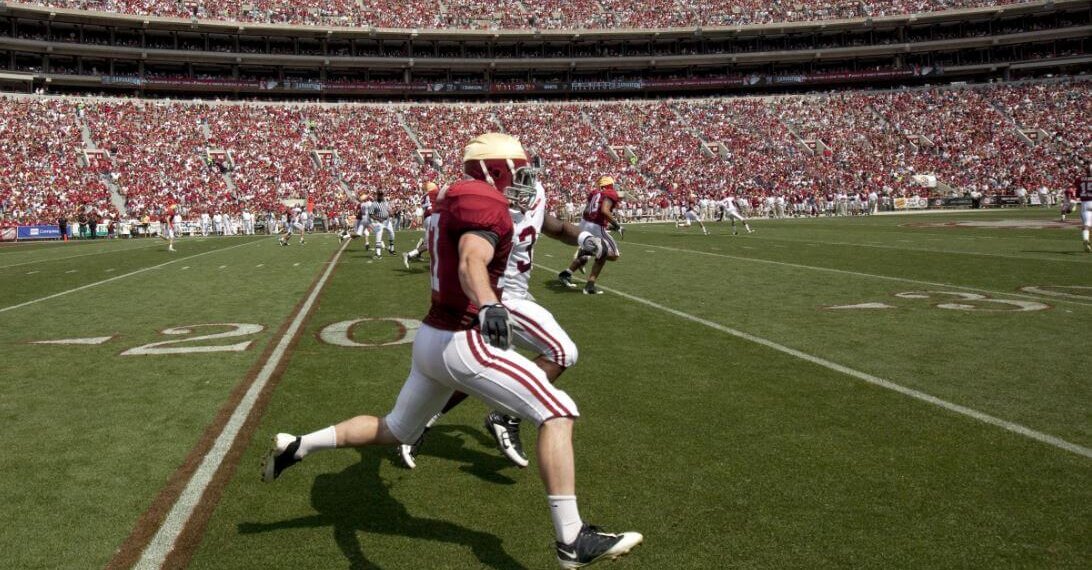 Besides being phenomenal NFL players, Teddy Bridgewater, Marqise Lee, Jameis Winston and Ifo Ekpre-Olomu have one thing in common – loss of value insurance. Loss of value insurance is a novel product being offered by insurers to protect elite college athletes in the event that they are injured before they turn pro. For example, Bridgewater – now quarterback for the Minnesota Vikings – acquired a $5 million policy which protected him if he fell out of the first round of the NFL draft. In fact, the policy would payout incrementally as soon as Bridgewater fell out of the top 11 picks. The only caveat to this policy was that Bridgewater had to prove that he fell as a result of sickness or injury. Similar to Bridgewater, Ekpre-Olomu’s acquired a $3 million policy while he was a senior at the University of Oregon. Ekpre-Olomu’s policy also protected him if he slipped in the NFL draft because of injury or sickness. Widely anticipated to be drafted in the first round, Ekpre-Olomu tore his ACL in practice before the Rose Bowl and fell all the way to the seventh round. Ekpre-Olomu was one of the first players to receive payout under a loss of value insurance policy.

Premiums for these loss of value insurance policies are paid out of the university’s student assistance fund. These funds are distributed by the NCAA to all member institutions. It should be noted that these policies can be exorbitantly expensive. Bridgewater’s policy cost the University of Louisville $20,000. Winston’s policy cost Florida State University approximately $60,000. Lee’s insurance policy, which covered him for approximately $5 million, cost over $95,000.

Lee is one of the first student-athletes to sue because he did not receive the promised payout under the policy. During the 2013 collegiate football season, Lee was a prominent wide receiver at the University of Southern California, and was widely projected to be a first-round pick in the NFL draft. The policy that Lee purchased from Lloyd’s of London guaranteed him the difference between his rookie NFL contract and a $9.6 million baseline – up to $5 million. During the entire 2013 season Lee was hampered by problems in his left knee and fell all the way to the second round of the NFL draft. Lee never received the payouts of the policy because Lloyd’s contended that Lee withheld pertinent medical information that voided the policy. In the spring of 2014, Lee sued Lloyd’s in California for breach of contract.

These types of insurance policies are novel to the student-athlete marketplace. Thus, the legal implications of these policies is something that universities and student-athletes must consider, and determine whether they make economic sense. In a time of economic instability and rising tuition, the question must be presented as to whether this is a reasonable use of university funds. Indeed, the courts have had to tackle efficiency arguments of colleges and universities in several cases. See, e.g., State Journal- Register v. University of Ill. Springfield, 997 N.E.2d 705, 719 (Ill. App. Ct. 2013) (noting that the public has a legitimate interest in the spending of a public university); Alobaidi v. Univ. of Texas Health Science Ctr.at Houston, 243 S.W.3d 741 (Tex. Ct. App. 2007) (discussing state’s legitimate interest in conserving university resources); Cholmakjian v. Bd. Of Trustees of Mich. State Univ., 315 F.Supp. 1335, 1347 (W.D. Mich. 1970) (stating “[i]t is essential that reasonable rules be established and enforced for the maximum use of University resources. Without such rules a university runs the risk of becoming a scene of chaos rather than learning.”).

Many individuals are watching Lee’s case against Lloyd’s with passionate interest. In particular, if Lee is never paid the payout under his policy, is this a reasonable use of university funds? Alternatively, as in the case of many of these athletes, how much effort and legal expenses are necessary to determine causation? In Bridgewater’s case, he did not fall to the bottom of the first round because of sickness or injury. If he had, how would someone prove that Bridgewater’s fall was because of sickness or injury? NFL executives and team owners are unlikely to involve themselves in civil litigation between an insurer and one of their athletes. It’s entirely possible that there was an underwriting mistake by the insurer that inaccurately valued a prospective pro-athlete. Given that only one student athlete has ever been paid by the insurer, colleges, universities and athletes must make a more concerted legal effort to determine whether these products are worth it. This is especially true given the judicial scrutiny to legitimate university funds and at a time when there is more pressure on colleges and universities to rein in tuition.