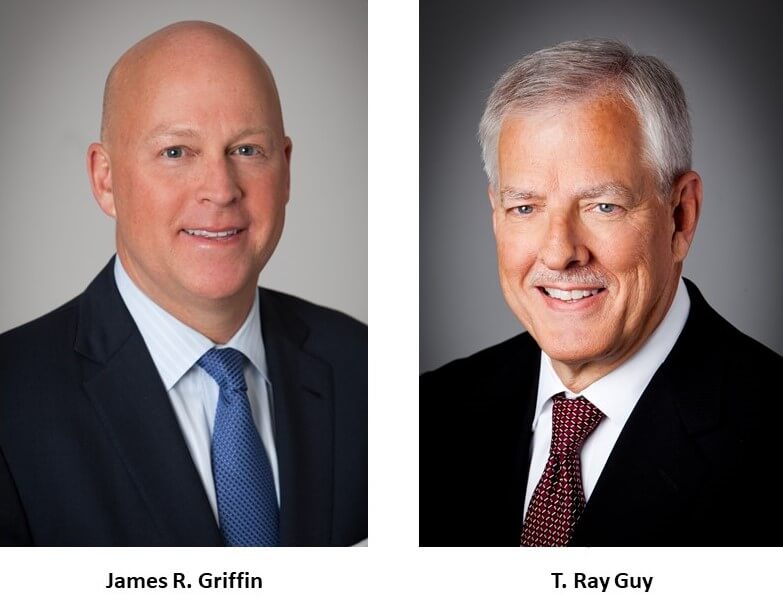 James R. Griffin and T. Ray Guy, Dallas-based partners at Weil, Gotshal & Manges LLP, have been named Best Lawyers 2019 “Lawyer of the Year” winners in Dallas/Fort Worth for their respective practice areas. Griffin was recognized in Corporate Governance Law, and Guy was honored in Litigation – Banking and Finance.

The lawyers honored as the Best Lawyers “Lawyer of the Year” are those who received the highest voting averages during the peer-review assessments Best Lawyers conducts, reflecting the deep respect they have earned among other leading lawyers in the same communities and practice areas for their abilities, professionalism and integrity.

Griffin is a Mergers & Acquisitions partner in the Firm’s Dallas Corporate Department and represents both private and publicly held companies from a broad range of industries in mergers and acquisitions and related transactions, including public and private company mergers, stock acquisitions, asset acquisitions, tender offers, divestitures, auction transactions, defensive strategies and going-private transactions. He also advises boards and special committees on fiduciary duties in the M&A context.

Recognized by Best Lawyers for Corporate Governance Law and Mergers and Acquisitions Law since 2008, Griffin has also been named a leading lawyer in Corporate/M&A by Chambers USA in 2018; is recommended in M&A for Mega-Deals ($1bn+) by Legal 500 US in 2018; has been recognized as a Dallas 500 Business Leader in M&A by D CEO Magazine in 2018; and been named among a select list of 100 attorneys and executives who have had an impact on business and legal matters in communities across the U.S. by the Business Journals in 2018.

Guy, a Litigation partner and head of Weil’s Litigation Department in Dallas, concentrates his practice on the trial and supervision of complex commercial civil litigation in federal and state courts and in arbitrations.

In recognition of his extensive and varied experience, Guy has received numerous awards, including being profiled as a “Lion of the Texas Bar” by Texas Lawbook in 2017. Since 2006, he has been recognized by Best Lawyers for Commercial Litigation, Litigation – Banking and Finance and Litigation – Securities, as well as receiving Dallas/Fort Worth “Lawyer of the Year” honors for Litigation – Banking and Finance in 2019 and for Securities in 2017. Additionally, Guy was recognized as a recommended lawyer for Commercial Litigation nationally by Legal 500 in 2015, named to D Magazine’s 2018 list of The Best Lawyers in Dallas and is currently recognized as a “Super Lawyer” for Business Litigation by Texas Super Lawyers. In 2007, the Dallas Business Journal and the Association of Corporate Counsel named Guy one of the “Defenders” – the top 15 business defense attorneys in Dallas-Fort Worth. He has also been recognized from 2014-2018 by Benchmark Litigation as a “Local Litigation Star” in Texas for General Commercial Litigation.

Best Lawyers is based on a peer-review survey in which attorneys cast votes on the legal abilities of other lawyers in their practice areas. The 25th edition of The Best Lawyers in America covers all 50 states and the District of Columbia.

Weil’s Dallas office, which recently celebrated its 30th year in Texas, brings the best of Wall Street-quality legal services to Dallas and the Southwest. The office is known for its sophisticated transactional, complex commercial litigation, and bankruptcy and restructuring practices, and is also widely recognized for its civic involvement and its extensive pro bono service to the Dallas community.

Founded in 1931, Weil, Gotshal & Manges LLP has been a preeminent provider of legal services for more than 80 years. With approximately 1,100 lawyers in offices on three continents, Weil has been a pioneer in establishing a geographic footprint that has allowed the Firm to partner with clients wherever they do business. The Firm’s four departments, Corporate, Litigation, Business Finance & Restructuring, and Tax, Executive Compensation & Benefits, and more than two dozen practice groups are consistently recognized as leaders in their respective fields. 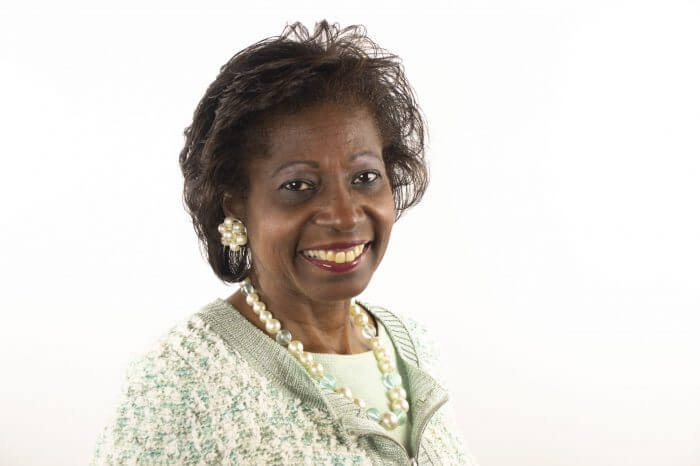 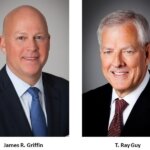