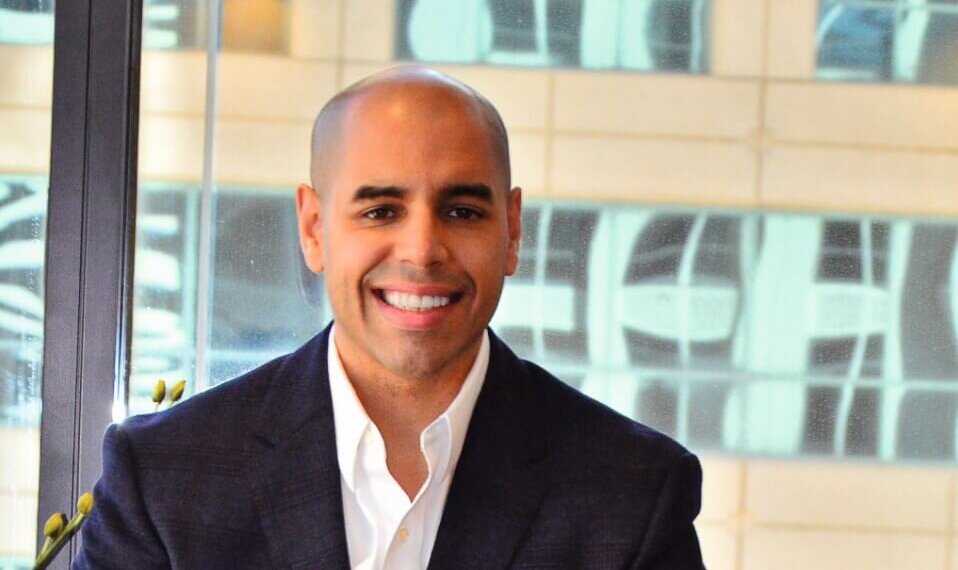 Attorney at Law Magazine Palm Beach Publisher Rhenne Leon sat down with  Jonathan Pollard to discuss his law firm and mentors that inspired him along the way.

Pollard: I originally wanted to be a lawyer when I was a kid. In high school, I attended a youth conference for students who wanted to be lawyers. I met some amazing kids, but it destroyed my interest in the law. My impression was that lawyers were stuffy, buttoned-up, silver spoon types. I said screw this. Fast-forward several years, I was teaching high school English in inner-city Baltimore. Fires were being set in the school every day and we were in constant evacuations. During one of these riots, some cops showed up. After they’d restored order, I had a run in with some of them. They had one of the perpetrators – a kid – on the ground. He was handcuffed and subdued, and some red-faced young cop was about to kick him. I stepped in and said, “Sir, do not kick this young man.” Then all hell broke loose. Five cops surrounded me. One got in my face and threatened to arrest me for interfering with official police business and obstructing justice. After he lectured me for a couple minutes, I’d had enough. I said, “Either arrest me or let me go back to my class.” They let me go. That was it for me. That night, I decided I’d go to law school. Nobody was going to trample on my rights.

Pollard: I had countless mentors. I never would have gotten here without certain teachers and coaches who always believed in and supported me. My college professors at Cornell were some of the most important influences even though they had nothing to do with law. The late great Pulitzer Prize winning historian Michael Kammen was a teacher, mentor and dear friend of mine. The same goes for my English professor, the late Lydia Fakundiny. I’m sorry for naming names like this, but these people just meant so much to me. Also professors John Weiss and Lamar Herrin. Law school was much different. By the time I got to law school, my whole mentality was just give me my degree so I can go make some money. I worked a lot during school and didn’t go to many classes. After graduating, I had the tremendous opportunity to begin my career at Boies, Schiller & Flexner. During my time at Boies, I worked closely with Stuart Singer and David Barrett. Those are two of the most brilliant lawyers practicing today. I owe them a debt of gratitude; I learned so much from working with them.

Pollard: Losing is the greatest teacher. When I lose, I reassess everything. I ask myself what I could have done differently; what I could have done better. I don’t believe in the Kobayashi Maru. I don’t believe in the no-win scenario, not when it comes to law, business and strategy. Beyond that, I learn a lot from every single case we litigate. Our goal is to do every case better than the last one. We just wrapped up two significant pieces of litigation in the last couple months. I am a better lawyer now than I was when those cases started. I feel like I’m adding a new tool to my toolkit every couple weeks. On a slightly different note, the entire process of starting and running a law firm has been an educational experience. Everything from the operational side of it to hiring, managing and leading a team of people. I feel like the past five-and-a-half years have made me a better person. I’m more patient, more thoughtful, more collaborative and just plain tougher than I ever was before.

AALM: What do you find rewarding about your practice?

Pollard: I have a five-lawyer shop that I built from nothing. It’s not just me. We have a whole team of lawyers and support staff. And everyone buys into our mission and our vision for where we’re headed. That’s amazing – to go from being a solo practitioner to having a real team. I love the process of building something. I love the people I work with every day. They’re like my second family. I love fighting for what I think is right. I love helping people who’ve been kicked around and treated unfairly. I love when people write me or my team off and don’t take us seriously, only to be beaten by us. I’m used to it. Growing up, a lot of people told me I was nobody and would never amount to anything. It’s personal. It’s all personal.

AALM: What do you find challenging about your practice?

That’s the biggest challenge. Some lawyers and some judges look at me like I’m crazy when the law is on my side. Courts routinely get it wrong and the defendant doesn’t have the money to appeal. The court engages in this legally incorrect moralizing, the plaintiff and their big corporate lawyer feel vindicated, the defendant is out of work, the law stays messed up and we move on. It’s business as usual.

The only way to fight back is to keep winning cases. Keep changing the law bit by bit. It’s basically a crisis at this point and has severely negative consequences, not only for employees and their families, but also for businesses trying to expand and hire talent. I’m fighting this battle every day. It’s not an easy one.

AALM: What traits do you think make an attorney exceptional?

Pollard: I think the term “brilliant” or “exceptional” is badly overused when it comes to lawyers. I think lawyers at large are pretty bad. In terms of exceptional lawyers, to me, that’s the top 1 percent. From my experience, the truly elite lawyers are invariably real intellectuals. They’re thinkers. They take every case on its own merits. They don’t default to tired old strategies and recycled pleadings. They wrestle with the hard issues, attack every possible argument and position, especially their own. They have a bias in favor of action. They’re drivers. They drive the case forward; regardless of what side they’re on. They have the ability to be a strong advocate for their position while still remaining internally objective. They play a long game. My old boss at Boies Schiller – Stuart Singer – is a textbook example. Stuart is a brilliant lawyer.

Pollard: I’m not a company man. I started my own shop because I wanted it all. I wanted to call my own shots, run my own cases, make my own money, live life on my terms and sink or swim on my own merits. And when I win, everybody has to accept the fact that I did it; that I’m the brains behind the operation; that I’m the one who destroyed them. If I don’t like a prospective client, I reject them. If I don’t like a current client, I fire them. If I want to spend the morning having a very important meeting with a 9-year-old kid who is interested in intellectual property law – true story – then I can do it. (Shout out to Kendall!). If I want to leave my office and walk up the street to smoke a cigar, I do it. I’d rather work 15 hours a day for myself than work 12 hours a day for someone else. I am what I am.

Pollard: A team of world-beaters who pride themselves on excellence, mastery of their craft, honesty, integrity and collaboration. Still a bit young overall, but building and going in a great direction. We aren’t your stuffy, old-school law firm. We aren’t just about making money and billing hours. We want to win. We aspire to be the greatest lawyers practicing in our area of law. We’re gloves off and brutally honest at all times. We are very collaborative. Everybody is incredibly smart and everybody’s opinion gets thrown on the table. There’s a lot of ego checking. And everyone is secure enough in themselves to operate in that sort of environment. It’s like a big family.

Pollard: I’m not sure it’s a relevant accomplishment. But I’ve been a good son, a good brother, a good friend and helped some people along the way. That’s what I’m proudest of, period.

Pollard: Only an idiot would tell you his plans. Go read Sun Tzu.