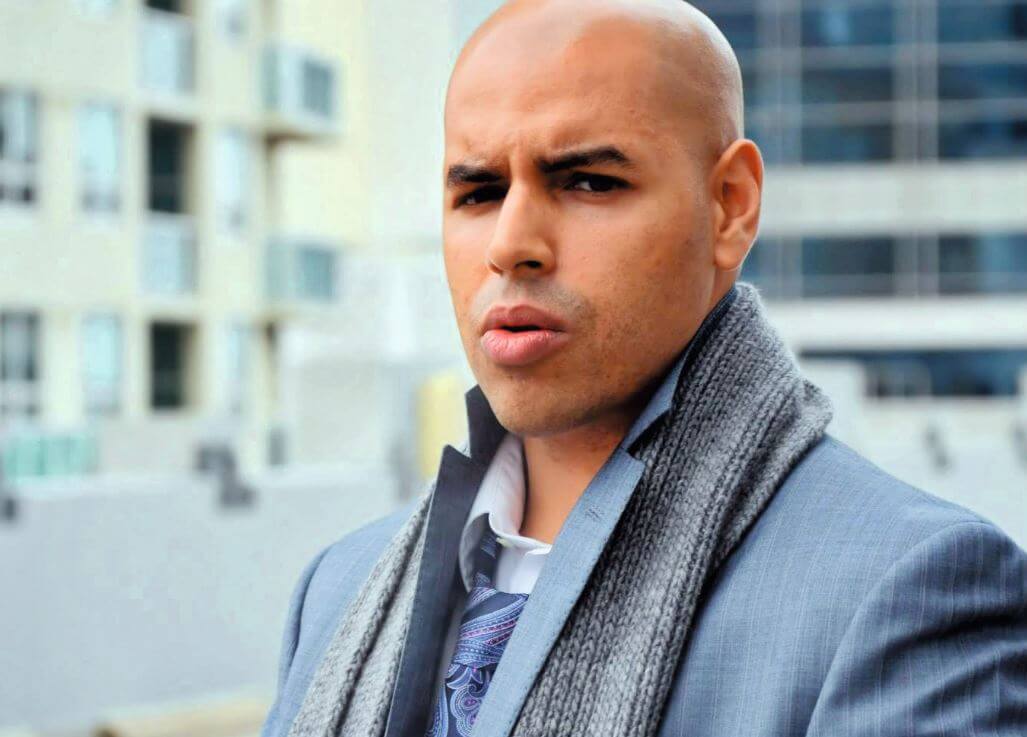 Attorney at Law Magazine Miami Publisher Rhenne Leon sat down with 2019 Superstar Jonathan Pollard of Pollard LLC to discuss his career, his inspiration, and his plans for the future.

Pollard: My mother is my hero. She was my first friend in the whole world. She taught me strength, compassion, sacrifice and hard work. My father and I never got along and fought constantly throughout my childhood. But he had his own business selling used shelving. And he taught me the value in that. The value in having your own business and being a free man. My fifth-grade teacher Mr. Peters doubled as the principal at Fayetteville Elementary. He was a country boy. Army veteran. Heart of gold. This man always encouraged me to go my own way and stand up for what I believed in, even when I was 10 years old! At Cornell, I spent hours hanging out with my English and history professors Michael Kammen, Lydia Fakundiny, Lamar Herrin, and John Weiss, just trying to figure out my life. They were all so gracious and so wise. After law school, I had the great fortune to begin my career at Boies Schiller & Flexner. My bosses Stuart Singer and David Barrett both clerked on the United States Supreme Court and are brilliant lawyers. I learned a lot from them.

Pollard: Ugly situations make you tougher. Let’s not mince words: Law is an ugly business. I’ve lost $700,000 on a contingency fee case because the clients lied to me about the facts and hid critical evidence from me. I’ve had lawyers file bogus motions to disqualify me because their client once came up to talk to me in the gym! Everybody is constantly threatening sanctions. Some lawyer in Tampa tried to strong arm me into paying $20,000 to resolve a pending motion for sanctions against my firm in state court. You think he rolled me? No. I suited up, got on a plane, went into court and handled my business. I’ve had a rogue client who I never should have represented accuse me of legal malpractice because I didn’t turn their Hail Mary case into millions of dollars. Do you think I lost sleep over that or paid them a dime? Never. I’ve had a judge threaten to throw my clients in jail and the 70-year-old opposing counsel squaring off in my face, nose-to-nose, smirking, thinking he’s got me beat. Meanwhile, I pull off a miracle to win the case, and save the clients from jail and financial ruin only for them to stiff me on $40,000 on the back end. Get used to it. The higher you climb, the bigger the stakes, the more you challenge the status quo, the uglier it’s going to get. You either level up, get tougher and learn how to deal with really ugly situations, or, you get rolled. Pressure busts pipes or it makes diamonds.

We have a mission. We fight for causes that we believe in.”

Pollard: I love my colleagues. They are amazing. Every day, we are fighting against some of the biggest law firms in the country. We are litigating challenging, high-risk cases. And quite often, we are advancing novel, cutting edge arguments. We have a mission. We fight for causes that we believe in. We are making a difference in the lives of our clients. And I feel that we are making a difference in the system as a whole. It’s an honor that such brilliant people and amazing human beings would join me on this mission.

AALM: What do you find particularly challenging about your practice?

Pollard: We defend lots of non-compete cases. We do this at every level of every industry. From factory workers and security guards to C-level executives of publicly traded companies. In Florida, that’s incredibly challenging. The Florida non-compete statute is reasonable and neutral. But over the years, Florida courts have repeatedly misapplied the law, particularly at the trial court level. So at large, there is this pro-noncompete culture. Management-side non-compete litigation is huge business for big Florida law firms. And lots of judges treat these cases like simple breach of contract cases, which is completely wrong. It’s an uphill battle every day. It is truly the epitome of fighting against the system.

Pollard: I’m not a company man. I’m my own man. I’m a free man. I fight for causes I believe in. I place people and morality above profits. I will go to the mattresses on principle. I will put myself on the line. I could never work at a big firm. I’m too controversial. I’m too unfiltered. I’m too aggressive. I’m a crusader. I’ll do it my way or no way at all.

AALM: Tell us about your fellow attorneys at the firm? How do you work together?

Pollard: I love seeing my colleagues grow as people and as lawyers. I love seeing them succeed. Chris Prater is my right-hand. The guy just got into Super Lawyers this year. I’m extremely proud of him. He’s an absolute monster. Brilliant, hard-working, incredibly disciplined, and detail-oriented. Ironically, he’s the good cop to my bad cop, but that’s hilarious because there’s an IAB file on him a mile long. I hire brilliant early career associates. Coach them up a bit. Show them my process. Then I give them room to operate and grow. I’m always in the mix. But I give my people a chance to do the heavy lifting. Sure, that comes with a certain amount of risk. But it’s the best way to develop talent.

Pollard: Michael Kenny. This man worked as a security guard at a company called Critical Investigative Services for less than three weeks. He spent nearly two weeks of that time in unpaid training. He was assigned to work the overnight shift, but he’s a single father and couldn’t find childcare for his daughter. CIS fired him. He got another job working as a security guard in a bank. When CIS found out, they threatened to sue his new employer over a bogus security guard non-compete agreement. His new company fired him, and he was out of work, struggling just to survive. We’ve been in litigation against CIS and their lawyers ever since. And we haven’t charged Mr. Kenny a dollar. I’m defending the non-compete claim and suing CIS for tortious interference and FLSA violations. Two different lawsuits. I want punitives. I’m seeking $4 million in damages and fees. And I’m not joking. I took this case to help a man who was being abused by the system. And I’m going to vindicate his rights, destroy an evil enterprise, and make tons of money in the process.

Pollard: I’ve been a good son, a good brother, a good friend, and I’ve helped some people along the way.

Pollard: Only a fool would tell you his plans. Read Sun Tzu.

Pollard: We should have a jury trial against Walmart in a negligent hiring case involving a manager who sexually harassed and sexually assaulted a co-worker and in which our present demand is $30 million. We will also be trying the Michael Kenny case. These are very important cases, not only for our clients and our firm, but also for society. I’m excited to try both of these cases to a jury.