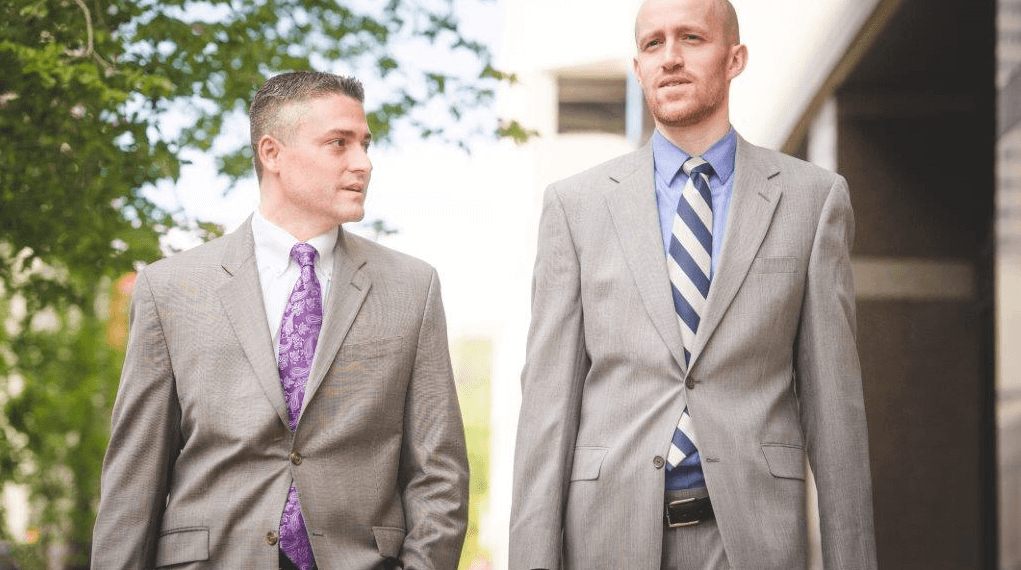 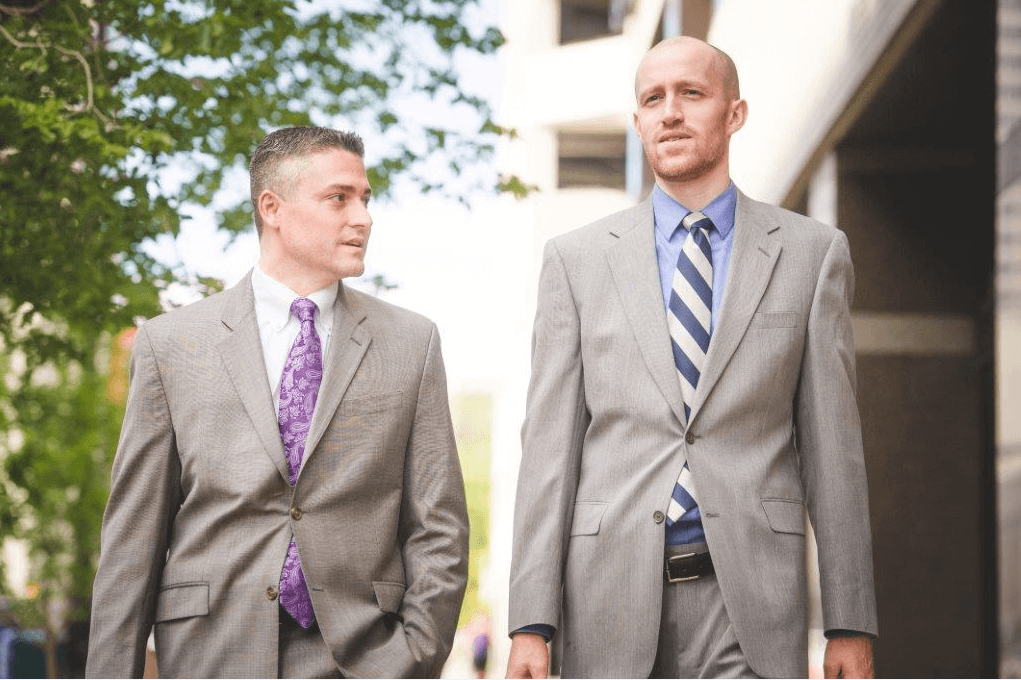 To be able to say that approximately 90 percent of your cases are referred to you by other attorneys is a claim that you can be justifiably proud of – as is having a winning track record on cases that are typically extremely complex.

Both Jordan Kendell and Eric Olson of Eisenberg, Gilchrist & Cutt can claim both.

As a child, Olson was always bargaining with his parents. “I was always trying to get something out of them,” he said. As he grew up, he realized that not only was he pretty good at haggling, but he also really enjoyed it. Combined with the influence of a father and an older brother in the law, Olson soon realized the life of a lawyer was the right fit for him.

For Kendell, most of his family was involved in business, so he wanted to break the mold and become either a doctor or lawyer. However, his germaphobia made becoming a doctor unlikely, so he decided law was the route he’d prefer. And once he started in the field, he too knew it was a perfect fit.

The pair met at Eisenberg Gilchrist & Cutt, where they both began their careers as interns. After being hired by co-founder Jeffrey Eisenberg, they’ve both followed the same path, rising from interns to partners.

And, they both point to the encouragement and structure the firm provides – along with the mentorship from Eisenberg – as being pivotal to their success.

“It’s a very team-oriented firm, which is what I think differentiates us from many personal injury practices out there,” Kendell said. “I think many injury practices are everyone for themselves, and for us, it’s all about collaboration. We have weekly meetings to roundtable cases; you’re not having to go it alone and try to figure out everything on your own. Instead, you have ready access to everyone in the firm.”

According to Olson, the firm also takes on a variety of injury cases. “The diverse caseload makes for a variety of liability theories, which keeps it interesting, as opposed to the same old auto case,” Olson said. “Also, because we handle bigger and more complex cases, we take on a smaller caseload. So, we can invest more time and money into the cases.”

The Cases That Influenced Them

The two partners are typically going up against large insurance companies.

“You’re representing an individual against them,” Olson said. “Taking on powerful organizations on behalf of a person is gratifying.”

For Kendell, one of the cases that still resonates deeply with him was the first case he ever worked on at Eisenberg, Gilchrist & Cutt. He hadn’t planned on going into personal injury litigation at first, but rather thought he’d end up in the corporate world. Still, he landed the internship and wanted to see what it was all about.

The first case that Robert Gilchrist, another co-founder of the firm, assigned to him was an insurance bad faith case, in which the insurance company denied disability benefits for a man who had suffered a catastrophic brain injury.

“The insurance company was trying to get out of paying him because of some vague exclusion buried in the policy,” Kendell said. “Seeing an insurance company do that to a guy who had a family that desperately needed the money and who had paid the premiums for that coverage really motivated me to see this practice in a different light. After that, I decided I wanted to stay with this firm and represent people against the big corporations, instead of the other way around.”

For Olson, one of his first memorable cases came about nine months after he began with the firm, when Gilchrist had him second chair a trial. “It was a medical malpractice case against a big corporation of hospitals,” he said. “Witnessing the jury award a substantial sum to a family who had lost their child due to a medical mistake really lit a fire under me. I wanted to be the sort of lawyer who could get those kinds of results.”

Creating a Legacy of Wins

Those early experiences motivated both Kendell and Olson to dedicate themselves to the practice of personal injury cases with a passionate commitment. Since then, they’ve worked on a variety of cases, each leaving its mark in its own unique way.

Just over two years ago, Kendell handled a road rage case that went to trial. “Because of the 50 percent rule, we knew a road rage case would be difficult,” he said. “If the plaintiff is equally or more at fault, they lose. But we wanted to take it to trial because the insurance company hardly offered any money and our client suffered a severe injury. Through focus group research, we were able to come up with a theory that helped motivate the jury to find the other guy more at fault, which we didn’t think we were going to be able to prove because it was our client who initiated the incident.”

In the end, 90 percent of the fault was placed on the defendant and the jury awarded their client more than $1.4 million.

What made that case truly memorable, Kendell explained, was the challenge of it. It was a tough case, defended by a top defense lawyer, but by digging in and going the distance, they were able to walk away with a win for their client.

In 2014, Olson tried a case in which two individuals drowned as a result of a man-made hazard in the Jordan River. The case began against eight different defendants, all of whom were companies or government entities. “It was a little daunting doing more than 40 depositions in the presence of eight well-respected defense lawyers who were trying to defeat my case,” Olson said. Olson eventually settled with seven of the eight defendants and tried the case against the remaining defendant. The jury found that all but two of the defendants were at fault and assessed damages at $2.4 million.

It was gratifying to see the families of the individuals who died get compensation and closure, Olson explained. The case spurred some of the defendants to make changes to the man-made hazard, including better signage and plans for complete remediation of the hazard.

Because of their knack for figuring out complex cases, Eisenberg, Gilchrist & Cutt not only sees a high referral rate, but the lawyers are also often called upon to co-counsel or consult on cases.

“Sometimes we’ll get a call from a lawyer we’ve never worked with but who has heard of us,” Olson said. “Sometimes we’ll give them some free advice; sometimes we’ll work with them; and, sometimes they just want to hand the case over to us. We leave it to the referring lawyer to decide. We are happy to help anyway we can.”

The firm also hosts roundtables with outside attorneys, where ideas can be discussed and questions asked about how to handle complex issues in their cases.

Both Kendell and Olson are happy with where their careers have taken them, and where they are in life. Each is married with young children, so their personal time is typically family time (though they both also play sports). And as for Eisenberg, Gilchrist & Cutt, they feel it’s a perfect fit. Between the support, mentorship and team approach, they’ve both quickly found not only their niche, but also success for themselves and others.

“By starting our careers at a firm with top notch lawyers, we’ve been taught from the outset how to do complex cases the right way,” Olson said. “That’s a unique opportunity we’ve been lucky to have.”