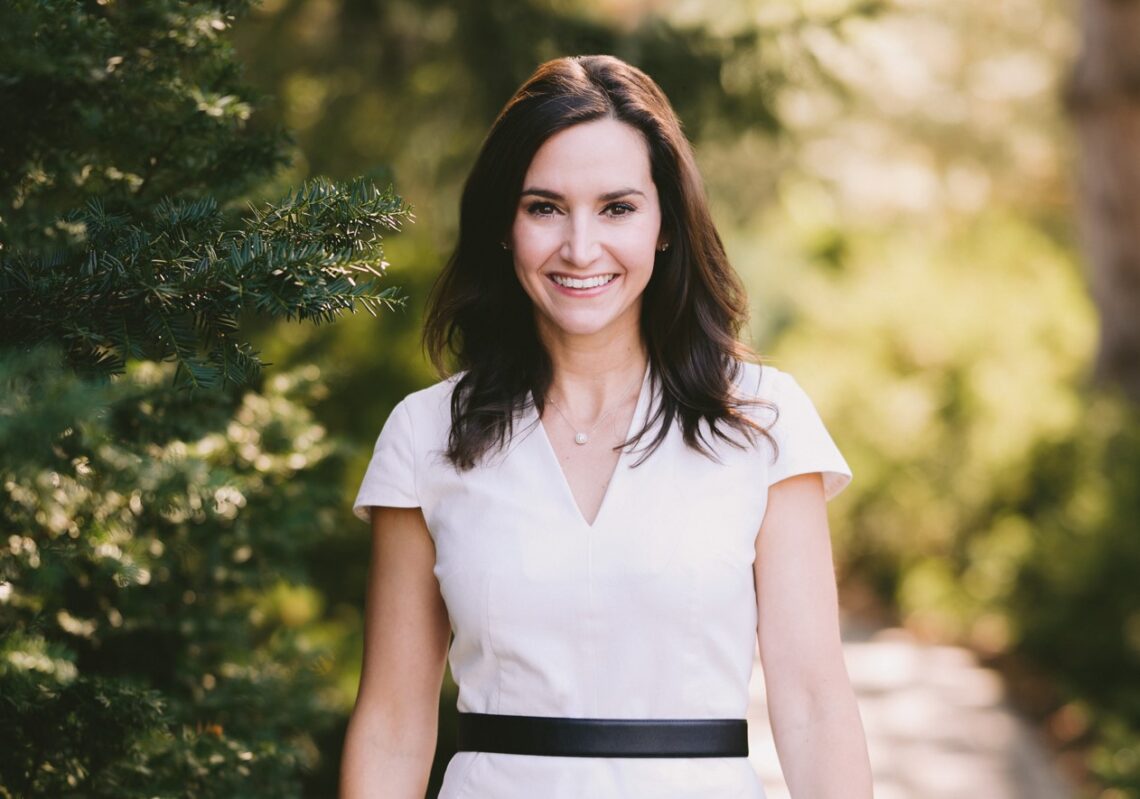 For 15 years, attorney Lauren Campoli has battled injustice. A Minnesota certified criminal law specialist with a thriving solo practice, Campoli, dubbed by a former client “The Barracuda in Ballet Shoes” has tried more than 50 criminal jury trials with an astonishing winning record. In matters spanning everything from DUI/DWI, juvenile felony offenses to sex crimes and white-collar crimes, Campoli advocates for the accused to safeguard their rights, the lives they have built for themselves, their jobs and their future potential. On a more philosophical level, Campoli ensures that the Constitution does not crumble to ineffectual dust.

Campoli has always had the will to fight. Presented with a life-threatening illness in high school, she was determined to maintain her status at the top of her class, and did. She admits, however, with her ever-present sense of humor, that her valedictorian speech was “not very memorable.” With little time to process the impact of a near-death experience, Campoli’s family expected that she would go into medicine. She excelled in science; it made sense.

But Campoli had another calling. At the University of Notre Dame, Campoli took chemistry, physics and biology, courses that, today, help her navigate scientific and technical evidence and testimony. Campoli also became a writing tutor at the university. She successfully petitioned the administration for pay commensurate with other Notre Dame tutors, utilizing an equal protection argument.

“I was very popular among the writing tutors for a day or two after that,” Campoli said. In her junior year, Campoli joined the moot court team. At the helm was her to-be mentor and friend, Bill Dwyer, Esq. With a private practice and family, Dwyer, also a Notre Dame grad, drove nearly every weekend from Chicago to teach a group of students the fundamentals of evidence and trying a case. Campoli still remembers the particulars of the moot case and experiencing the exhilaration of trial competitions in Chicago.

Campoli secretly took the LSAT and the MCAT in her senior year. She also had plans to expand her cultural horizons after graduation. She asked her dad for a one-way ticket to Tokyo, Japan, where she taught English to Japanese adults and children.

Campoli returned a year later with a ticket she bought herself. Her family was relieved, and SUNY Buffalo Law School held her spot. She recalls feeling that law school was the right choice. With another generous mentor, Chris O’Brien, leading trial team and a high energy and exacting appellate advocacy professor, Lucinda Finley, Campoli studied hard.

She was then unleashed on an unsuspecting world, a force to be reckoned with. She spent a summer working with the public defenders in the small Alaskan fishing village of Kenai, where her female mentor, a proponent of the Spence method, allowed her to try cases for people charged with misdemeanors. She spent the next five years at the Colorado Public Defender’s Office, where she earned a reputation for her creative, and often entertaining, advocacy style. With a knack for storytelling, Campoli incorporates audio, video and demonstrative aids in almost all her cases. She has also been known to refer to “My Cousin Vinny,” her favorite movie, whenever relevant.

Campoli attributes her success to the many wise mentors (and a few tough judges) who saw promise in her and who donated their time to teach her new skills. The Colorado public defenders, with their hearts of gold, are never far from her mind. “Back then, when I did not know how to be a real lawyer, they taught me how to do the work. And when I couldn’t afford gas money, they got me to work. Today, they are my best friends and confidants, who are willing to fly to Minnesota in the winter to see me.”

Despite her busy private practice, Campoli continues to take Criminal Justice Act Panel cases. “For our system to function, the law must be fairly applied to all — not just those with financial resources,” she said. “I handle the CJA cases just as I would a private matter because no one is expendable.”

Campoli’s unbreakable will is partner to her extraordinary skill. Asking herself the essential question, how would I want my own case handled, and then pursuing a client-based strategy consistent with that answer, is essential to her many victories. Her list of accolades includes 10.0 Avvo rating; a ranking among the Best 100 Trial Lawyers by The National Trial Lawyers since 2013; A Minnesota SuperLawyer and Rising Star; and being named one of the 10 Best by the American Institute of DUI/DWI Attorneys since 2012.

While her awards are listed on her website, she does not discuss them. “You’re only as good as your next case. Yesterday is already over, and it is today that matters.”

At some point in their lives, many people experience a career crossroads, one that challenges their core beliefs. Campoli came to such a crossroads in 2019, before the pandemic. A few days before Thanksgiving, Campoli got the call that set in motion a two-year legal battle that shook her faith in the system and the people in it.

Campoli, initially hired only for sentencing, treaded where others dared not. She sensed a grave injustice. But finding it took hundreds of hours digging for the proverbial needle in a 4,200-page haystack along with the 65,000 pages of discovery that went with it.

Á la Erin Brockovich, she asked the essential questions, who, what, when, where and, most significantly, why. The answer, discovered by Campoli during the appeals process, was that her client was actually innocent of the crimes charged.

What transpired next stretched her faith in the system to its very limits. The truth, waiting patiently to be heard, was silenced. Without the benefit of a hearing in the trial court, the injustice remained.
As this magazine goes to print, Campoli is still fighting. In a few weeks, Campoli will stand up for justice and, with her client incarcerated since 2017, she will stand alone.

From Catharsis to Renewal

According to Campoli, “Everyone at some time or another gets a case that changes them profoundly as an advocate and as a person.” For her, this is that case.

The past two years have taken a toll — weeks and months trying to piece together the undisclosed evidence, sleepless nights spent drafting documents, and hours contemplating the character of a system that punishes an advocate for revealing the inconvenient truth.

Through it all, she says her husband has been her rock. “He’s never tried to limit my dreams or steer my goals toward more traditional pursuits. He is very patient and understanding of the often relentless demands of this job. He loves us dearly. And he cooks very well.”

Campoli also experienced an outpouring of support from unexpected places. Her colleagues at the federal defender’s office have been instrumental in her growth as an advocate, but more importantly, have offered her the comfort that only a deep understanding of the difficulty of the work can provide.The greatest rewards of this work are not monetary, according to Campoli. “I realized about 50 hours into it that it was a far greater task than I anticipated. When asked by a friend why I continued for so many hours pro-bono, I said, ‘Because I’m in it for justice.’”

Campoli would be remiss if she did not mention that she considered giving up the practice of law altogether. “There were a few months where I contemplated that my 55th jury trial in May 2021 would be my last.”

The feeling was hard to shake.

Campoli completed a real estate license course and was pursuing a broker course. It was almost time for a career about-face. But, perhaps, the truth visited Campoli too. She listened and replied: “I will not be silenced.”

Following her catharsis, Campoli’s fiery sense of justice was reawakened. Like the phoenix rising from the burn, Campoli is stronger than ever.

Campoli has a new office, a full-time and very kind paralegal, two interns, and an investigator. She is also expanding her practice. “This experience has opened my mind to accepting different causes of action that I never considered before — seeking justice in other ways.”

On the subject of accountability, Campoli said she believes the key to police reform is, in part, the judiciary. “When judges start suppressing evidence that is gathered unlawfully, in violation of a person’s Constitutional rights, police officers’ conduct will change. Heretofore, there has been little consequence to law enforcement officials willing to tamper with evidence, conceal evidence or even testify falsely to obtain convictions at all costs. Allowing the police to essentially act unchecked creates a very slippery slope that eventually leads to devastating consequences, as in the case of George Floyd.”

Some would argue that after 15 years in the practice of law, a jolt to the system is a good thing.