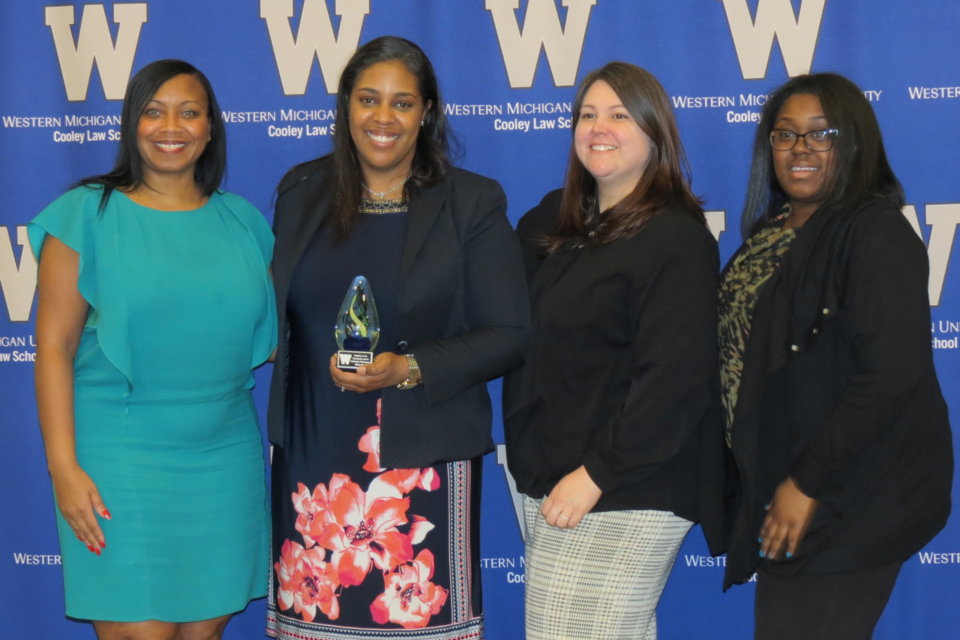 PONTIAC, MI—Oakland County lawyer and Western Michigan University Cooley Law School graduate Markeisha Washington was presented with the law school’s Integrity Award on March 9. Washington, who is the staff attorney for the Honorable Kemeshia D. Gant of Oakland County Circuit Court, was the featured speaker during the law school’s Integrity in Our Communities speaker series.

Washington graduated from WMU-Cooley with honors in 2005, and served as an Oakland County assistant prosecuting attorney for over five years before opening her own law firm, Washington Law PLLC, in 2011. During that time, she represented clients in criminal, civil and family matters. In 2017, Southfield City Council appointed Washington to be the magistrate of 46th District Court. She has tried more than 40 jury trials and is often sought after by other attorneys for trial advice. 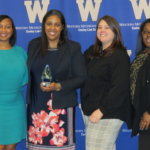