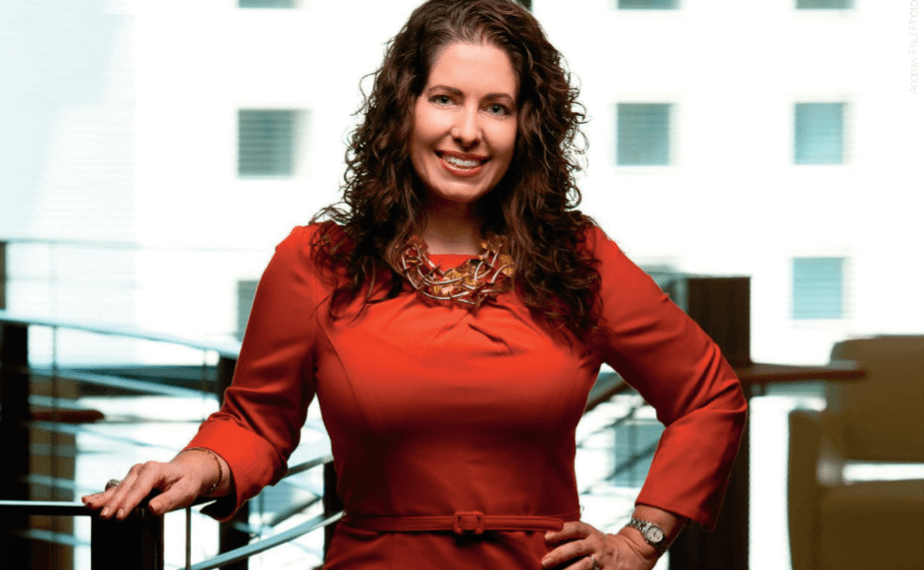 Nicole Goodwin: Enjoying the Challenge of the Unexpected

It is the variety of her profession that Nicole Goodwin, shareholder and litigator in Greenberg Traurig’s Phoenix office, most enjoys about being an attorney.

“I don’t follow a script and don’t come into the office every day and do the same thing,” she says. “No two days have ever been the same. I appreciate the challenge of not only making sure you are well prepared and doing an exceptional job for your clients, but also staying at least one step ahead of your adversary. You can never be 100 percent sure what the other side is going to do and that lends a lot of variability to the workday. I especially enjoy any case, regardless of subject matter, where there is particularly sophisticated counsel on the other side. It raises the game. There is more analysis and the arguments are deeper and can be more intense.”

Goodwin knew as a child that practicing litigation would be her life’s path. Her own dynamic personality – characterized by a need to be right, she says, laughing – and coupled with a love of reading, writing and problem-solving, lent itself well to the profession. For a brief time during her undergraduate years, she considered working in public policy, but her determination to go to law school crystalized in her senior year.

The New Jersey native graduated with high honors from Seton Hall Law School. Goodwin worked as an associate at a large New York City law firm before clerking with federal judge Joel A. Pisano. She credits Pisano as an inspiration and mentor in her early career.

“I learned a lot from him about making sure you are present every day with the highest level of integrity, and that you preserve your reputation at all costs,” she says. “I learned a great deal about those intangibles during the year I worked with the judge.”

Goodwin points to Jeff Walsh, Greenberg Traurig shareholder and national co-chair of the construction law practice, as a mentor in more recent years. He is also one of the reasons she came to the firm from her previous Phoenix firm, where she had worked for seven years and was a partner.

“We had a common client at the time and Jeff reached out to me and asked me to meet with folks in the litigation group here,” Goodwin says. “He was somebody who I respected a great deal and I had seen him in action in court and thought – I want to do more of that. So the opportunity arose to migrate to a global firm and work alongside Jeff, which was an opportunity I couldn’t pass up.”

“Here, I can do very Arizona-based work and also practice on a national scale for national clients,” she says. “That is unique because of Greenberg Traurig’s platform. We, as attorneys, are empowered to create and drive our own custom-tailored practices. So I have been able to take what was an Arizonabased practice and put it on steroids with the support and opportunities of this international, yet nimble, platform. This is definitely a place where each person can come in and make his or her individual contribution within a culture of respect, empowerment and client value.”

Making the initial move to Arizona from the East Coast was something that Goodwin and her husband, Dan, thought carefully about.

“It was one very stormy winter when my older son was about a year old,” she says. “My husband and I started thinking about if we could move anywhere, where would it be. And we thought about the attributes we wanted that would persuade us to take the leap. In my immediate family nobody had ever left New Jersey.

“We considered the Southwest for its amenities and weather and Phoenix in particular because it was a growing city with sophisticated law practices and national firms,” she continues. “I started working with a recruiter and came out for interviews and we immediately knew it was the right decision for us. We moved here in 2005.”

Goodwin loves her adopted home because, as she notes, so many people who live in Phoenix choose to live here. “It is very different from where I grew up,” she says. “In the Northeast, very few people made the initial choice of where to lay down roots. For example, my great-grandparents came over on a boat and New Jersey is where they settled. So several generations later, that’s where the family remained. It’s empowering to live in a place where so many people are looking for an improved quality of life. There is a special energy from all these people who share a common bond.”

Phoenix is also full of cultural and other attractions that Goodwin and her family enjoy. The couple have two sons, James, 11, and Nate, 7.

“We love to take advantage of all we have here in Phoenix,” Goodwin says. “We are always on the go, partaking of museums, performances and other cultural opportunities. There is rarely a weekend we don’t have a ticket to something. We also love music. My husband, who is a stay-at-home dad, is also a musician playing both bass and lead guitar.”

In addition to her busy career and rich family life, Goodwin also makes time to give back in the community. She is on the board of the Southwest Autism Resource and Research Center (SARRC), where she sits on the executive committee and serves as the chair of its governance committee.

“SARRC is a significant commitment and investment for me,” she says. “I am passionate about the organization. It is extremely well run, has dynamic leadership and has a long track record of providing research-backed support for individuals with autism in the Southwest.

“My involvement with the organization started as a parent because my older son became a SARRC client shortly after being diagnosed with autism at 3,” Goodwin continues. “I wanted to know how I could help the organization that had helped us, so I got involved as a fundraiser and committee member before I was asked to join the board. As a board member I am uniquely situated to help guide SARRC for the future. And I have done it with the full support of my firm – Greenberg Traurig has been a valued sponsor of SARRC and its efforts.”

As an adjunct professor at the Sandra Day O’Connor School of Law since 2010, Goodwin is also helping guide the development of the next generation of young lawyers. Developed by Goodwin, the course, Persuasive Speech, helps law students develop their skills for speaking persuasively in and out of the courtroom. She has also volunteered as a judge for mock trials and moot court competitions and as a mock witness for the university’s trial advocacy program.

Pro bono work is also important to Goodwin, and she serves as one of Greenberg Traurig’s pro bono liaisons, linking firm lawyers with pro bono opportunities. She personally donates her time performing pro bono legal services to family courts as a court-appointed adviser and volunteers her time as a judge pro tempore for the Maricopa County Superior Court.

About her life, Goodwin believes it is the blending of the career she is passionate about, with the people she cares about – family, friends and colleagues – her community service, and her other outside interests and activities that make it so fulfilling. “It isn’t just about the work,” she says. “You must have a sense of perspective. That is what makes someone a complete, genuinely satisfied person and that carries through to my time in the office. I can’t think of the last time I haven’t been jazzed to log in and start my day. And why shouldn’t I be – I am very fortunate to do the work that I do, alongside people I admire.”

What does Nicole Goodwin hope the future holds for her litigation career?

“I endeavor to get better every day,” she says. “I never want to get to the point where I am not challenged, so for me that means seeking out and satisfying new challenges, whether that’s servicing new clients, mastering new subject areas, or answering novel questions of law.”