The coronavirus has been described as particularly dangerous for individuals with underlying medical conditions and the elderly. The elderly, it turns out, make up a large portion of the country’s population. In fact, by 2010, 5.5 million Americans lived to the age of 85. By 2050, this age group is expected to grow to 19 million Americans, or 5% of the total population.

“It seems to only affect the elderly and people who are already sick.” In the early days of the pandemic, medical experts, government officials, and news reporters used this talking point as a way to curb panic and comfort the public. What this statement doesn’t say but implies is that some lives are less valuable than others. This, of course, was not the intent, but we have seen evidence in recent weeks that some lives are more affected — and perhaps disregarded — than others in the wake of COVID-19. Studies have shed light on a so-called “shadow pandemic,” one that puts specific members of the population at greater risk, not of the virus but of deadly violence.

According to the National Domestic Violence Hotline, one in four women (24.3%) and one in seven men (13.8%) aged 18 and older in the U.S. have been the victim of severe physical violence by an intimate partner. Since the start of the pandemic, the United Nations has predicted that the lockdown could lead to a 20% increase in domestic violence as victims are held captive at home with their abusers.

Unfortunately, domestic violence statistics are difficult to gather. Even before the pandemic, it’s estimated that only about 50% of victims were contacting law enforcement when assaulted. Similarly, the prosecution of rape and sexual assault is mainly flat, with an estimated 31% of incidents reported. In today’s vastly different world, stay-at-home orders, the unemployment rate, and the highly contagious nature of the disease can make victims even less likely to call for help. Ultimately, that means the current domestic violence statistics may not represent what is actually occurring in residences across the country.

Some city police departments and hotlines are reporting higher rates of domestic violence calls while others report that the calls are decreasing. The Marshall Project found that in Chicago, for example, domestic violence reports to the police fell by 23% compared to the same weeks over the last three years. However, the Virginian-Pilot in Norfolk reported that calls to domestic violence hotlines increased by 76% statewide in March.

The National Domestic Violence Hotline says that a growing number of callers are reporting that their abusers are using the pandemic as a way to further isolate them from their friends and family. Victims also have access to fewer safe resources; they simply have nowhere to go. Women’s shelters may be overcrowded or have closed their doors to limit the spread of the disease. And as this health crisis is expected to plunge the world economy into a recession, victims with financial difficulties will find it even harder to leave an abusive relationship.

The elderly are a high-risk group more likely than others to die from the coronavirus. Women in abusive relationships are at risk of contracting the virus as well, but they’re also in danger of falling victim to this “shadow pandemic.” In response, the United Nations called in early April for urgent action to fight against the global surge in domestic abuse and violence. Secretary General António Guterres wrote on Twitter, “I urge all governments to put women’s safety first as they respond to the pandemic.” 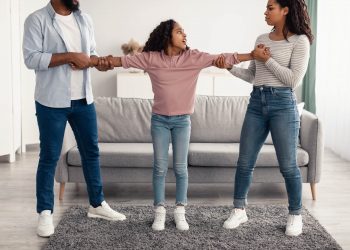 What Are the Different Types of Child Custody Arrangements?