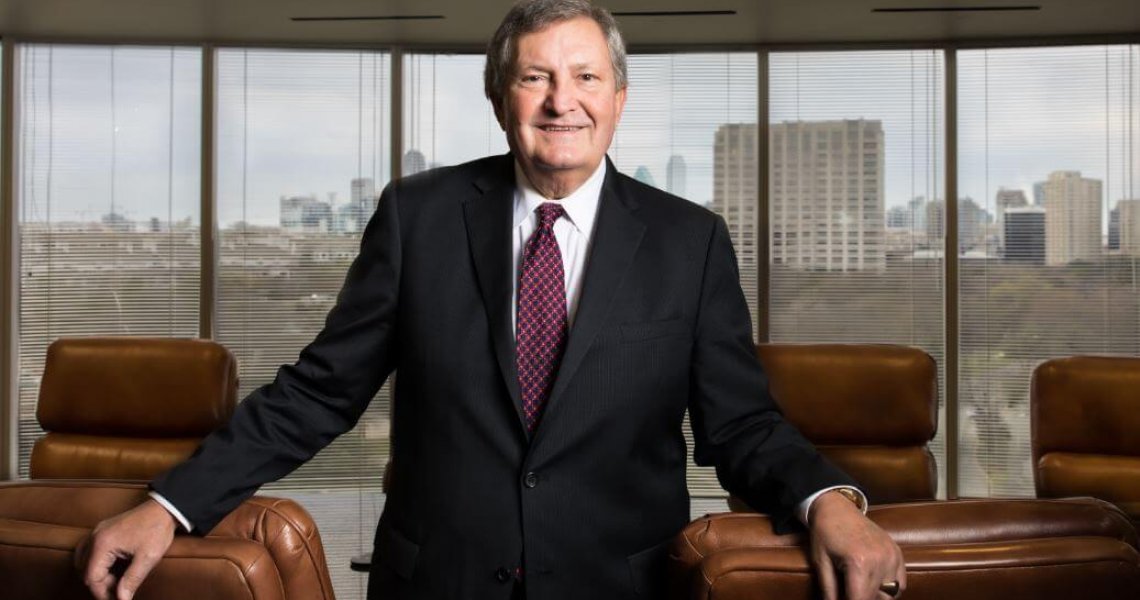 Steve Sumner: From MLB to the Legal Big Leagues

THE EVOLUTION OF A BALL PLAYER

After graduating from Hillcrest High School in Dallas, Steve Sumner signed a professional baseball contract to pitch for the Houston Astros and for the next four years, he pitched for the Astros, Chicago Cubs, and Washington Senators. His successful baseball career ended abruptly due to a shoulder injury.

Playing pro ball is a full-time job and is a very time and energy consuming way of life, but Sumner made time during the winter off – season to attend the University of North Texas. He says his grades reflected his focus on a career in professional sports. “I was completely committed to professional baseball and was doing well. I had good years and had a very promising career ahead of me. It was my career, my life,” he says.

Sumner found himself in a state of career limbo due to his pitching shoulder injury. Following surgery in Philadelphia, he moved to Washington, D.C. for physical therapy. He became fascinated with the political action in Washington and began sitting in on hearings and committee meetings. He realized that most of the participants were lawyers and that realization sparked an interest in the law as a career – something he had never considered.

It was competitive. It was intense. It had a lot of the same earmarks of pitching in professional baseball. I’ve always thought that played a part in my ultimate decision to go on to law school, and I knew then – I was going to be a trial lawyer.”

When he returned to his home town of Dallas, he began going to the courthouse every day to observe trials. “It was so exciting, and it was so significant, and it really reminded me a lot of baseball with those lawyers standing in front of a packed courtroom. Every eye in the room was on them, which is very similar to the experience of a baseball pitcher. It was competitive. It was intense. It had a lot of the same earmarks of pitching in professional baseball. I’ve always thought that played a part in my ultimate decision to go on to law school, and I knew then – I was going to be a trial lawyer,” Sumner says.

THE EVOLUTION OF AN ATTORNEY

Sumner and his partner, David C. Schick, formed Sumner Schick in 1986 and the firm has grown to represent some of the most notable persons and organizations in the nation, including Fortune 200 and Fortune 500 companies.

Sumner’s record as a Trial Lawyer includes being a member of the defense team in all three criminal capital murder and solicitation of capital murder trials of Cullen Davis, which resulted in acquittals for Davis. Sumner notes that “For three years, he learned his trade as a trial lawyer by working closely with his mentor, Richard Racehorse Haynes.”

He was lead trial counsel for the World Boxing Council in a libel/slander civil lawsuit filed against Howard Cosell and the New York Post in Federal Court in New York City.

He successfully defended Ricky Kyle in Los Angeles against charges of murdering his father, after two trials and fifteen months in the courtroom. The book Ulterior Motives by Suzanne Finstad was written about the case and the television series, Investigation Discovery, also featured the case in a 30-minute segment.

The Amanda Deely case was also a wrongful death civil trial that Sumner tried live on National Television for over a month on the television show called “Court T.V.” The jury awarded his client with a multimillion-dollar verdict that was the largest verdict affirmed on appeal that year.

The Barbara Piatrosky case was a very high-profile civil rights trial he tried in Houston and resulted in a very large verdict for his client.

“So, I was evolving out of the criminal arena into more civil cases, and then I started representing Darwin Deason who I think played a huge part in my career. He was the founder of ACS – Affiliated Computer Services. I initially represented him in his personal work and then represented ACS and Xerox. I still represent Darwin and his companies.” Representation of Deason and ACS was a major factor in the decision to dramatically shift direction and move into major commercial litigation representing large companies.

THE EVOLUTION OF A LAW FIRM

Not content to remain static or to rest on past successes, Sumner Schick continues to evolve and re-invent itself to meet the ever-changing needs of the legal community, including entry into one of the most demanding and most exciting legal arenas – Whistleblower litigation. The evolution began when the firm began representing some of the country’s largest companies in Qui Tam defense cases – representing Lockheed Martin, ACS, and Computer Sciences Corporation, for example.

As Sumner explains it, a Whistleblower, sometimes called a “Relator,” is someone who has uncovered government fraud – fraud on the government. “We thoroughly investigate and evaluate the case and then we file suit that is saying we’re standing in the shoes of the government,” Sumner says. The case is filed under seal in federal district court and the government investigates to determine if it’s going to intervene in the case. If it chooses to intervene, it moves forward. If it doesn’t, the relator can go forward with the case.

I don’t think there’s anybody in Texas who can compare to our machine in terms of Whistleblower representation.”

“I don’t think there’s anybody in Texas who can compare to our machine in terms of Whistleblower representation. We have a very capable team of lawyers who handle those cases. We’ve been successful in every defense of the Qui Tam cases and we have recovered millions of dollars for our Whistleblowers.” The firm receives a lot of referrals of Whistleblower claims from other lawyers who recognize that this is a complex and highly sophisticated area of practice and is more cost efficient to refer clients to experienced lawyers to represent Whistleblowers than to attempt to represent these clients themselves.

Although Sumner remains fully active in the firm, he is “shifting more of the heavy lifting” to his son. Justin Sumner is a trial attorney who is experienced in a wide range of general civil and complex commercial litigation matters in state and federal courts. He joined the firm in 2006. His primary focus consists of first and second chairing jury trials, arbitrations, bench trials, motion practice, settlement negotiations, discovery planning, and he has taken and defended hundreds of depositions throughout the country. He successfully defended two cases, as lead counsel, for CSC against IBM in White Plains, New York. He was lead counsel and recovered millions of dollars for a Whistleblower in which the case received national attention. Justin is currently lead counsel prosecuting a civil rights case, representing Miranda Griggs, in Federal Court in Houston. The case has been on the cover of both The Houston Press and The Dallas Observer.

Sumner says, “My son is the future of Sumner Schick. He’s not some kid who doesn’t know what he’s doing. He’s in his twelfth year and is a very experienced lawyer. He’s tried lots of cases with me and on his own. In fact, we tried a case together last year in Federal Court in the Eastern District of Virginia. He’s represented all these major companies and handled major disputes. I’m not retired at all. I’m practicing full time, but I’m very fortunate to have someone of Justin’s experience and capability to evolve the law firm in to the future generations.”

As with his career, Sumner’s personal life continually changes. Perhaps that is best exemplified by the changes in his family life. “I buy into the philosophy if you build a field, they will come. Our field is a lake house on Cedar Creek Lake. It’s a fabulous place for the family, especially our two sons, Justin and Grant, their wives, and our five grand kids. They love it and we, as a family, love to spend quality family time at the lake house.”

He is active in several bar associations. He is a big baseball and football fan. He and his wife have been snow skiers and have skied throughout America and Canada for more than 40 years and still enjoy snow skiing.

Sumner is active in the Association of Former Baseball Players because he is a member of an exclusive group of men – former professional athletes who have become attorneys.

Whenever times get tough, and we face big challenges, I look to his example and realize just how much one dedicated lawyer can accomplish.”

He is an avid reader of the Civil War and has recently visited the Gettysburg and Antietam battlefields. Sumner also collects historical newspapers, especially those reflecting his interest in the War Between the States.

“I love to read about Abraham Lincoln. I have a bust of him in my office. I have the Gettysburg Address on my wall. Whenever times get tough, and we face big challenges, I look to his example and realize just how much one dedicated lawyer can accomplish,” he says.