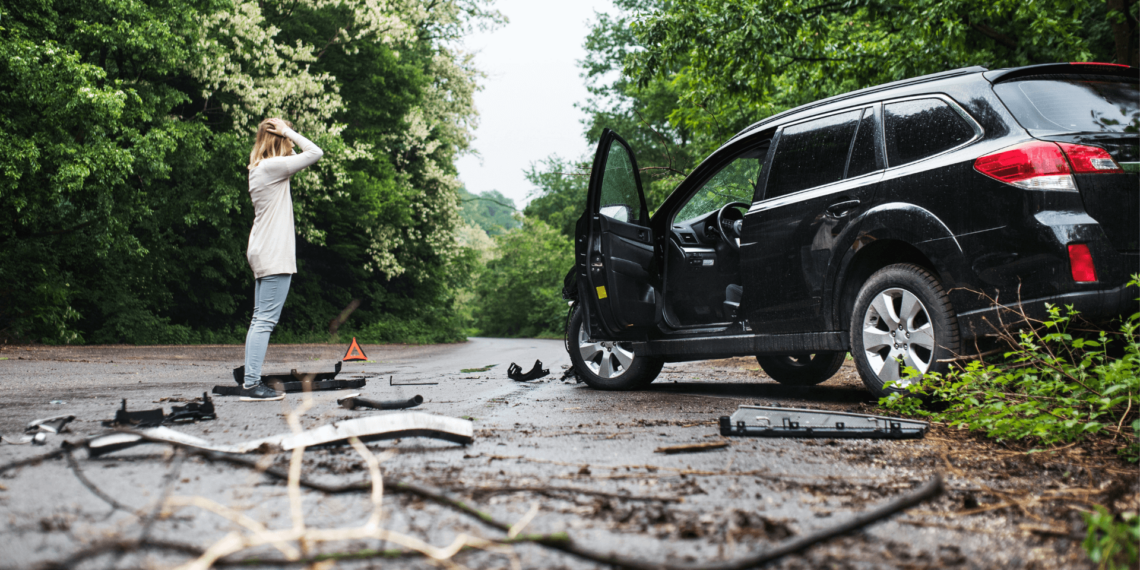 The most important thing to know about car accident injury cases is that insurance rules and liability rules that apply are completely different from one state to the next. Your claim can be affected by several things and there is a pretty good possibility you do not know what they are. This is why it is always recommended to hire injury attorneys to help you. They can deal with complex things like how lawsuits work in no fault states.

In order to help you better determine the best course of action, it is really important to know as much as possible. It pays to be prepared and it is important to be so since this will influence how much you will receive from your settlement or from your lawsuit.

How is Fault Determined in Car Accident Cases?

When car accidents happen, in most US states, it is the at-fault driver who is considered to be financially responsible for the resulting injuries and property damages. Practically speaking though, it is the insurance company of the driver at-fault that ends up covering claims. The driver basically pays nothing and will only need to deal with raised insurance premiums in the future.

In most of the US, traditional fault principles are respected when referring to financial and legal responsibilities following car accidents. However, there are no-fault states in which there are different rules that apply.

Insurance rules differences do have a huge impact on the claims. However, the one thing that has the biggest effect is determining who was the party at fault.

In many cases, fault is just straightforward. For instance, when a driver violates state vehicle codes or breaks unwritten “road rules” (like during rear-end collisions), it is very easy to determine that the person was at fault. In other cases though, especially in serious accidents, determining fault is not at all simple.

If you want to prove liability, you usually have to prove there was negligence exhibited by a driver. To do this, some very important elements have to be established:

When driving a car, you have a legal duty owed to every single other person on the road. This includes bicyclists, pedestrians, passengers, and other drivers. The duty is to be careful when you operate your vehicle so that you do it with outmost safety in mind. This applies to all possible circumstances.

When a driver’s behavior is considered to be at fault, this is established by comparing what the driver did with what other reasonably prudent drivers would do in the exact same situation. If you do not exercise a proper care as you drive the vehicle, it means you breached that legal care. So, you are considered to be negligent. Having evidence like a citation received by the driver for a violation of traffic laws can be very important in establishing breach of legal duty, if this is connected to the accident.

We should note that insurance adjusters will rarely discuss legal duty or breaches when assessing crash fault. However, this is always in the back of the mind of the individual that assesses your case.

What Is Shared Fault?

In the event that the claimant who was injured shared blame for the car accident, this can impact how much you receive in compensation. In some cases, it is possible you will not receive anything from the other parties who were at fault. This is reality when you are at fault and there are some specific laws that apply. Shared fault will impact the case based on state rules.

Shared fault rules are particularly important when a case reaches the trial phase. However, insurance adjusters do take into account the rules as they are making some sort of settlement offer.

In such states, the injured driver can collect compensation even when their actions were considered to have a share in fault. However, the degree of fault is taken into account through the form of a ratio. Basically, it is determined how much you were responsible for the accident. When you are responsible, as an example, at a ratio of 30% and you should receive $100,000, you will only receive $70,000 because you had a share of 30% fault for the accident.

While taking into account the example mentioned below, in a state with modified comparative fault, you are only allowed to get damages when your fault is under 50%. When your fault is considered to be 40%, you can collect $40,000. However, if your responsibility is 80%, you will not be allowed to collect the $20,000 you would be able to in states with pure comparative fault laws.

In some US states, when you share blame for the car accident, you cannot file an injury claim. This is true even in the event that your fault was determined to be just 1%. No compensation will be available under the law and you only have the opportunity of going to court for other reasons. It is vital that you consult experienced specialists like Norris Injury Lawyers to help you since such a scenario is very hard to deal with.

States With No Fault Laws

In around a dozen US states, there is some type of no fault insurance system that applies. No fault is basically mandatory in most of these locations. However, there are a few US states where you are forced by law to choose traditional or no fault liability coverage.

When referring to no-fault coverage, which is also referred to as PIP (personal injury protection), the injured driver needs to first discuss the case with the car insurance company covering them. This happens right after the accident, regardless of fault. The insurance company is going to pay up to a maximum amount. When your damages are higher than that, the only option available for you is filing a lawsuit. There are strict thresholds in place that talk about how serious injuries need to be and how much medical treatment is necessary. As expected, filing a lawsuit is more difficult than negotiating with insurance companies.

Making Insurance Claims Against Another Person

When you are driving and another car crashes into you, in most cases, you have to make a claim. You do this against the liability insurance the other party has. The term used for this is “third-party claim” because you will be the third party when compared to the driver you consider to be at fault and the insurance company covering them.

The insurer of the other party is going to process your claim. However, this does not mean you will receive a fast payment. Insurers often want to first investigate car accidents so they can determine who was at fault. And, in some cases, the insurance company will try to lowball the settlement offered in order to not have to pay as much as they should.

Taking Advantage of Your Car Insurance

Insurance claims are highly complicated and you can end up faced with several hurdles during the process you need to follow. Whenever someone causes a car accident, you want that person to pay. However, there are situations in which you would want to use your car insurance policy. This is true even when someone else was at fault. The most common examples of such cases are:

Suing the Driver at Fault

Instead of using your insurance policy, you could hire a car accident attorney to sue the driver at fault. When you do this, you need to establish the fact that the other party was at fault. This is especially the case when finger-pointing starts. You would need to use items like police reports, scene photographs, and witness contact information to prove who was to blame.

Car accident settlements are usually small and when you are faced with an unresponsive insurance company or the other driver is finger-pointing, you have the option to use small claims courts and sue.

The advantage of going to small claims court is that the insurance company of the other person is forced to present witnesses, hire lawyers, and basically prove the case. As a result, there is a higher possibility you will reach a settlement fast.

When At The Scene Of The Car Accident

Car accident injury claims are all about the proof you can present. This is why it is very important to know what you have to do when you are at the scene of the collision. What you do or do not do can easily influence the outcome of the claim.

The very first thing to do when involved in a car accident is to take a deep breath and check both you and other passengers for possible injuries. Do all that you can to stay calm and not react with anger. It is very important that you stay at the scene and that you contact the authorities. Then, you need to get checked out by a medical professional to make sure you do not have some hidden injuries.

The one thing that absolutely needs to be highlighted is that you have to take out your phone to take pictures. Make sure to shoot all the car damage that is visible and the other vehicles. Focus on road conditions, license plates, and any other potential contributing factors, like road signs. Then, note down phone numbers and names for witnesses.

Last but not least, when the police officer arrives at the scene, make a note of the badge number and name. Get a copy of the report the police officer files as soon as you can. You need to make sure it is accurate. The police report can prove to be very valuable for negotiations with insurance companies.

Car accident injury claims often become complicated and there is a very good possibility you do not know what to do when you are a victim. This is why it is always highly recommended to contact an experienced car accident attorney as soon as you can so that you would be able to guarantee yourself the highest possible financial compensation for what happened. Choose those attorneys who proved to be very good and represented their clients with utmost care and dedication.