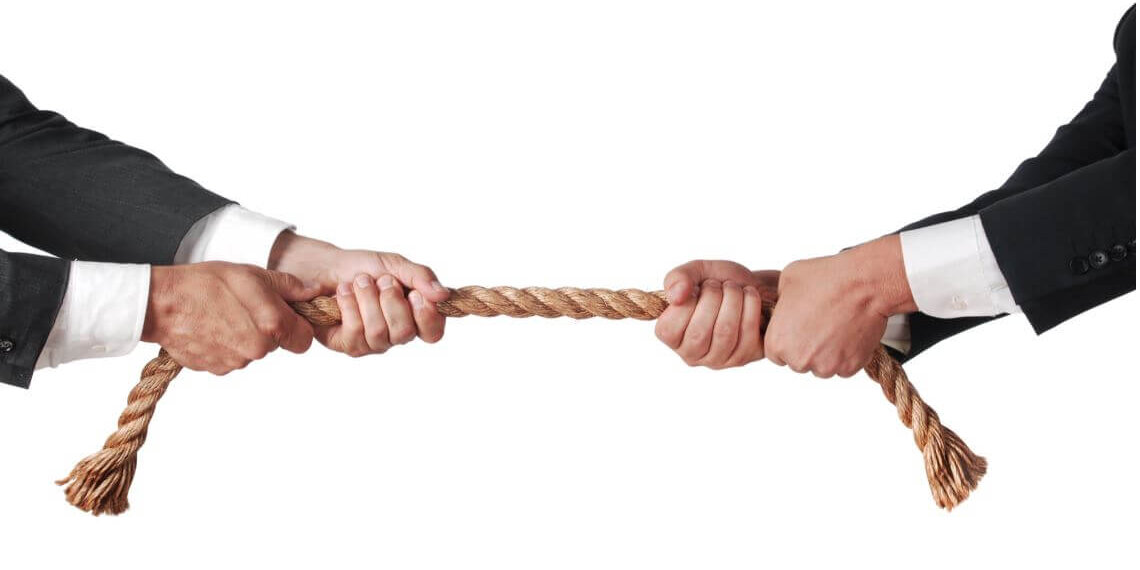 Lawsuits are the ultimate conflict. Once a complaint is filed, the battle begins and fees are incurred. Assuming no one is seeking injunctive relief, the remedy sought is money damages.

When it comes to resolving lawsuits, it often takes more than just money. A plaintiff sues to recover economic damages, and also can seek “compensatory damages” for emotional distress. They want to be “made whole,” which they believe is only fair. This desire has biblical roots: an eye for an eye.

Defendants rarely agree to make a plaintiff whole. Indeed, the goal of mediation is compromise. So how do you bridge that gap, where there is not enough money?

People who bring lawsuits – and those who have been sued – are angry. They have been hurt, disrespected, betrayed. Their lives have been disrupted. Emotional harm and frustration typically needs to be addressed before someone is willing to put a dispute behind then.

So, if it’s not money, what does it take? It takes another form of “conflict currency.” Money, of course, is the primary form of currency for resolving lawsuits. Money is generally defined as a “medium of exchange;” a “unit of accounting, a store of value,” something that we all agree to accept in making transactions.

Money is a conflict currency, but not just for the obvious reasons. The symbolism of money can meet an emotional need, in addition to a financial need. For example, the mere fact of offering money – in spite of settlement agreements that state the settlement is “not an admission of liability” – is an acknowledgement of harm done.

An apology meets that need as well, and many disputes can be more easily resolved with a formal, or at least a genuine, though informal, apology.

A change in a defendant’s policy, or a subsequent remedial measure, can also serve as valuable acknowledgement currency.

Some defendants wish to simply offer a lump sum, without tying it to anything. I believe this misses an opportunity. In employment cases, defendants often seek to resolve cases based on back pay. In a personal injury case, an offer can be based on medical bills. I often hear the complaint, “But they aren’t offering anything for pain and suffering!” The defendant may have concluded since there are no psychologist bills, there is no “proof ” of emotional distress. But that lack does not necessarily mean the plaintiff did not suffer.

I have seen defense counsel have more success in negotiations by reducing the amount offered for “hard” damages, based on a percentage of liability analysis, and instead shifting money in the off er toward the emotional or “soft ” aspects of a claim.

If amounts are tied to a specific item, such as lost wages, medical bills, past pain and suffering, future lost wages, future treatment, an off er has more meaning, and is more likely to be received constructively, at least in the initial stages of negotiation in mediation.

The same thing can be true of attorney’s fees. A defendant may take the position, “We aren’t paying any attorney’s fees!” If the plaintiff has gone deeply out of pocket, that position can be frustrating. An offer of some amount for fees, though lower than an amount sought, works particularly well when defense counsel has spent much less on attorney’s fees than plaintiff ’s counsel, so that a reduced off er is comparatively reasonable.

A monetary off er in an employment case of amounts tied to years of service, so as to resemble a severance package, can provide dignity and meet both a need for respect, and to feel appreciation for past service. A monetary off er for future lost wages, or future medical needs, addresses the fear and insecurity a plaintiff might have about not having enough money to provide for their needs.

A letter of reference, a change of a termination to resignation, a company-wide email, or press release can meet a need for communication to others of a positive outcome.

Structuring a payment over time might meet a defendant’s need to ensure a plaintiff abides by a confidentiality provision and so meets the need for trust. Similarly, a pocket judgment for an amount larger than the settlement amount can address a plaintiff ’s distrust that a defendant will actually make the promised payments over time.

Finally, the process of mediation offers reassurance of a voluntary willingness to listen, to exchange information, to share perspectives and to be open to options for resolution. The process meets the need for communication, and addresses the frustration that parties can feel over the inability to resolve a case over a long period of time.

In short, it is wise to work with as many conflict currencies as possible, both monetary and non-monetary, when working to resolve a case. Amy Lieberman