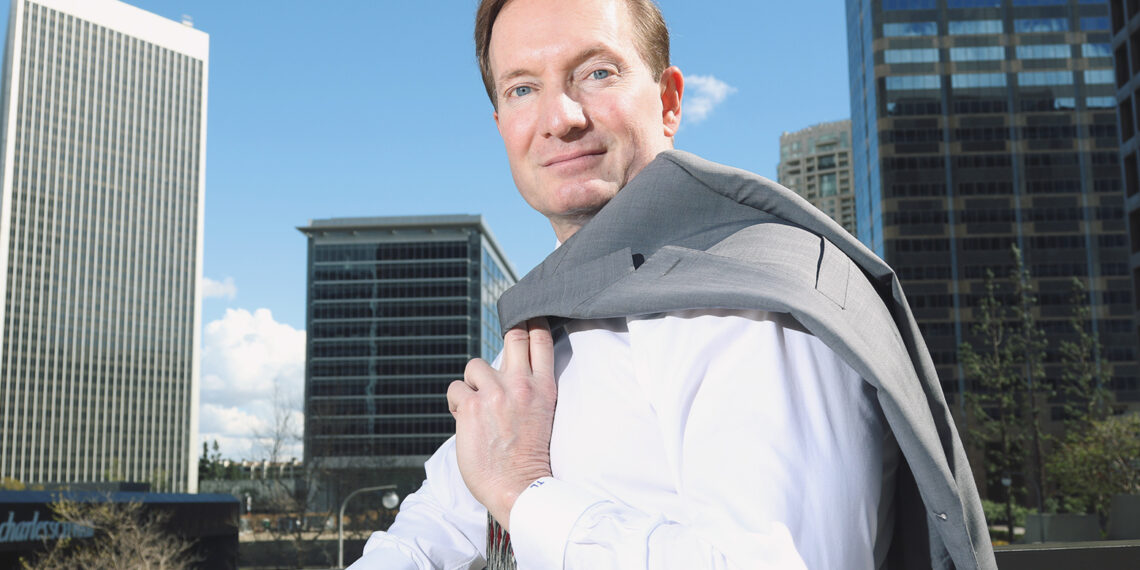 Attorney Tre Lovell, principal of the Lovell firm, is ready to take on any opponent, the bigger and tougher the better.

Applying skills he learned as a youth Tae Kwon Do champion, Lovell says preparation is the key when going up against opposing counsel or another fighter, whether in front of a stadium of spectators or a judge and jury.

“Much like in a courtroom, you’ve prepared as much as you can, and when the match begins, you just get out there and do it,” says Lovell, who credits his martial-arts training for the fearlessness he carries today. “You have to trust that the preparation is there and feel confident that you can prevail.”

It was this mindset and determination that helped earn Lovell a black belt at 14 and win the National Junior Olympics in his sport at 15, among numerous state championships. But while his martial-arts practice was a straight rise to the top, Lovell’s road to law wasn’t necessarily a clear one.

“I went to law school not really knowing what else to do,” he says. “My dad was a lawyer. I knew that after I received my undergraduate degree, I wanted to continue my education professionally, so I went to law school as a default. I thought, ‘If I didn’t like practicing law, I could use the degree as a backdrop into business or something else.’

“But then as I started to practice down the road, I really liked it. It was my calling. It was meant to be.”

Pomona College in Claremont, California, brought Lovell from Las Vegas to the Golden State. He realized that SoCal was where he wanted to settle, but his first job out of law school, at a large firm in Downtown Los Angeles, was not.

“I started out working for a firm that did primarily insurance defense and products liability defense,” Lovell says. “I didn’t really enjoy it and wondered if I still wanted to be an attorney.”

Thanks to friends in the acting world who started sending him contracts to review and presenting entertainment legal issues to help with, he made the shift to areas of law that were a better fit.

“I developed an interest in entertainment and business and realized that’s where I wanted to focus in large part,” he says. “Intellectual property and employment also attracted my attention.”

The entertainment industry, he learned, is multi-dimensional—and goes well beyond what’s on the screen.

“The entertainment industry is very niche,” he explains. “There is such a demand to get into the entertainment world—as an actor, writer, director, producer—that there’s a lot of room for abuse and being taken advantage of.”

In their rush to find their place in the industry, Lovell says, people will also often take shortcuts and act without a proper legal foundation. He conducts seminars where he cautions people getting into the field on what they need to do legally to protect themselves.

“If you’re getting into it from a producer standpoint, for example, you need to take a step back to make sure all of your agreements, rights, understandings and dealings are in writing and clarified,” he says.

Other important details include structuring the business properly, securing intellectual property, clearance, ensuring compliance with labor and guild requirements, and protecting investors, among many other things.

“Projects start going wrong because people get so excited to be working together that they forget to button up the basics,” he says. “And that comes back to bite them.”

Bigger than the screen itself, Lovell says, is the industry’s interesting overlap into the issue of freedom of speech, which he also addresses in his practice.

“When people are making their movies and TV shows, that’s all freedom of expression,” he says.

“When dealing with freedom of expression, additional complications and protections arise,” explains Lovell. “Such complications may include entertainment properties containing defamatory speech or otherwise depicting someone in a negative way, incorporating private information without permission, usage of a name or likeness without authorization, and other types of misappropriation.”

Along these lines, he explains, litigation in the field of entertainment can often be more difficult than other areas of the law because of the First Amendment protections that apply, frequently governed by California’s anti-SLAPP statute.

“The anti-SLAPP laws, in my opinion, have become much too draconian and overbroad,” he says, “to the point where rather than reducing the number of meritless suits, they have actually served to chill the filing of legitimate cases.”

Lovell believes this in an area of reform of which California is in dire need. Another is in the area of internet defamation, where by the time the legal system catches up, a person’s name, livelihood and reputation have already been decimated, he says.

Although much of Lovell’s work covers the entertainment industry, his clients aren’t the only ones earning standing ovations.

He’s particularly proud of a case in which he represented 140 victims in a $200 million international Ponzi scheme involving condominiums in the Dominican Republic under the auspices of what seemed to be a legitimate deal.

“When I took on the case, this group had a large, multi-national law firm in Miami who had been representing them and just gave up,” he says. “They paid the firm a lot of money, and the lawyers dismissed their case and stopped fighting for them. Then the victims found me.”

Lovell says the victims, whom he describes as smart, educated people who’d simply gotten lured by a very organized and orchestrated fraud, had sustained horrendous economic trauma in terms of losing their savings and their homes, while having to start over in the twilight of their lives.

“It was the worst financial devastation I’d ever seen,” he says. Feeling their pain, he says, “the first thing I thought of was what if this happened to my grandmother.”

At first, Lovell says he had doubts about taking it on.

“It was such a big case and involved over 20 defendants in five countries, which included law firms, financial institutions, real estate developers, sales companies and media corporations,” he says. “At the time I had a smaller practice.”

Colleagues cautioned, “You can’t take this case; it will bankrupt you. How are you going to do this?”

“I was at a turning point in my practice,” says Lovell. “I asked myself, ‘Do I take the safe cases, or do I make a move here and do something important on a much larger scale?’”

The clients were primarily located in Northern California with others scattered around the United States and Canada. Every three or four months he would travel north to share status and strategy with the group at large for five or six hours at a time.

“After every meeting they would stand up and clap, and at least one person would come up to me with tears in their eyes thanking me for helping,” he says. “It was very emotional and just motivated me to fight for them even more.”

The case lasted years, but Lovell secured millions in recovery, and with its success changed Lovell’s mindset. “After this, there was no case too big or too important that I couldn’t take on.”

In addition, it also evoked his disdain for bullies, which existed since he was a kid.

“Growing up, I’ve just never liked bullies, and always felt empathy for the weaker or disadvantaged,” he says. “One of the reasons I do this type of work is because there are brazen and arrogant people and companies out there who don’t care if they hurt others and think they can hide behind big law firms.”

Lovell says he gets a lot of referrals from other attorneys after they’ve exhausted the routes of demand letters and settlement attempts in cases against the big networks and studios and realize they have to go to litigation.

“Some attorneys, after being unable to settle a case pre-litigation, are reticent about filing suit and taking on a Netflix, Lionsgate, Google or some other huge media/tech company,” he says. “They’ll refer them to me because these are the cases I like.

“People ask me, ‘Why are you taking a case against a big company like Lionsgate or Google?’” he says. “And my response is the only reason I’m doing it is because it’s against Lionsgate or Google. The bigger the bully the better.”

Again, Lovell harkens back to his martial-arts training. “I’ve got one life to live,” he says. “I can either live it in the corner and play it safe, or I can jump in the middle of the ring, go for it and take on the big cases and big challenges that require me to be tough.

“I may take a beating and even get knocked down,” he adds. “But no matter what, I’m getting up and staying in the fight.”