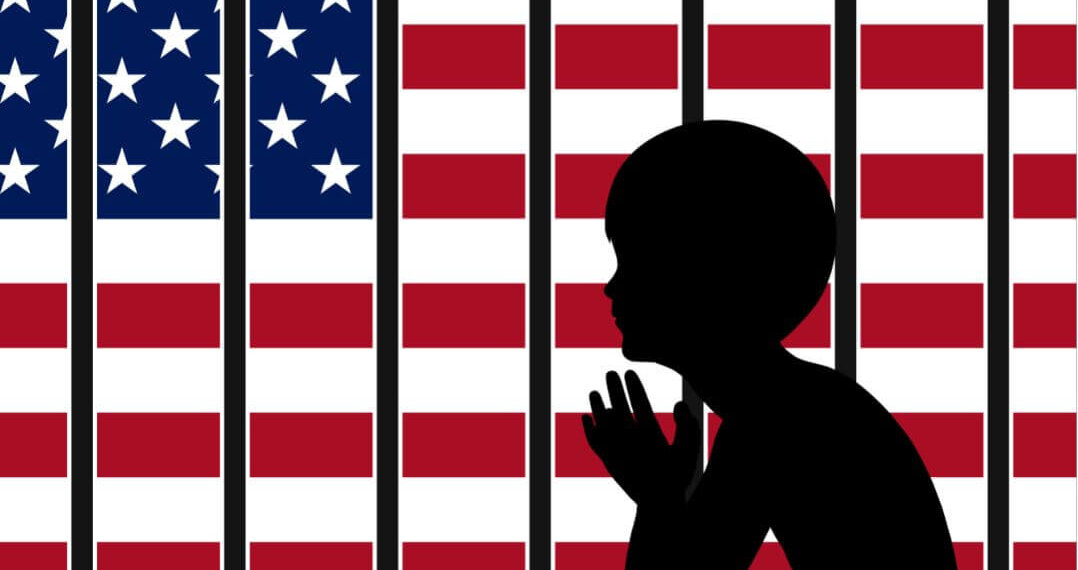 Tens of thousands of undocumented children have been apprehended at the border since 2014. Children arriving with a parent are placed in expedited removal, an out-of-court summary deportation process, unless the parent can demonstrate “credible fear” of persecution or torture if returned to their country of origin. If an asylum officer finds that that there is credible fear, the families are placed in formal administrative court proceedings.

Unaccompanied minors that enter the United States, on the other hand, are typically placed into standard removal proceedings and not expedited removal. Customs and Border Protection routinely transfers custody of these children from countries south of Mexico to the Office of Refugee Resettlement (ORR) in the Department of Health and Human Services within 72 hours. The ORR strives to unify the minors with family or place them with sponsors.

Whether accompanied or not, a child is not provided an attorney at government expense. It is no surprise that without legal representation, a child is more likely to be ordered deported, creating a serious access to justice gap for children in removal proceedings. According to the Transactional Records Access Clearinghouse at Syracuse University, nearly 50 percent of unaccompanied children are unrepresented by counsel. Unlike family court, the federal government does not follow a “best interests of the child” test when making detention, voluntary return, or placement into removal proceedings decisions.

In the last few years, the federal government has provided some funding to support organizations that assist unaccompanied minors, but there are not nearly enough resources to assure that every child is represented in immigration court.

On Feb. 11, 2016, Senator Harry Reid referred to committee S. 2540, the Fair Day in Court for Kids Act. The bill would authorize the Department of Justice to appoint or provide counsel at government expense to children in removal proceedings. Unfortunately, an obstinate 114th Congress means there is meager hope that the bill will get past committee, let alone become law.

While there is no Sixth Amendment right to counsel in immigration hearings, there is a Fifth Amendment guarantee of due process. Someone in removal proceedings is entitled to a “full and fair opportunity” to be represented by counsel, to apply for an asylum defense and to present testimony and other evidence in support of the claim.

In J.E.F.M. v. Holder (now F.L.B. v. Lynch, 14-cv-01026-TSZ (W.D.Wash)), plaintiff s filed a nationwide class action in 2014 on behalf of minors who are challenging the federal government’s failure to provide them with legal representation in removal proceedings. The case raises the question as to whether certain children not afforded the representation of counsel at government’s expense in removal proceedings will be deprived of due process.

Without class certification, children who are not individually named in the case could not benefit even if the modest number of plaintiff s in the case are successful. However, if the class is certified, the case may have a profound impact by providing a larger pool of children with representation against skilled government attorneys adept at winning removal orders.

In J.E.F.M., the government opposed allowing this case to proceed as a class action. At one point during discovery, an incident occurred that revealed the nonsensical defense of an allegation of due process violation. During a deposition, an immigration judge serving as an expert witness on behalf of the government stated he had taught immigration law to 3- and 4-year-olds. This fact, he claimed, showed that a young child can adequately navigate through a removal hearing without counsel.

Therefore, perhaps it would come as no surprise that on June 24, 2016, a beacon of hope for nationwide access to justice gleamed bright. The District Court granted a request to certify a class potentially allowing thousands of unrepresented children to be plaintiff s.

The class has been defined as follows:

All individuals under the age of eighteen (18) who: (1) are in removal proceedings, … within the boundaries of the Ninth Judicial Circuit,…; (2) were not admitted to the United States and are alleged, in such removal proceedings, to be “inadmissible” … (3) are without legal representation, … (4) are financially unable to obtain such legal representation; and (5) are potentially eligible for asylum…, withholding of removal …, or protection under the Convention Against Torture, or are potentially able to make a colorable claim of United States citizenship. Subclass: All individuals in the Class who are under the age of fourteen (14).

However, one thing is for certain — there is a realistic hope for similarly situated, potential plaintiff s in other judicial circuits because this case could serve as a model for subsequent claims in other jurisdictions. With so many unaccompanied minors facing the risk of deportation to violence- ridden home countries, the impact of a positive ruling could be life saving for thousands of youth. Alan Diamante