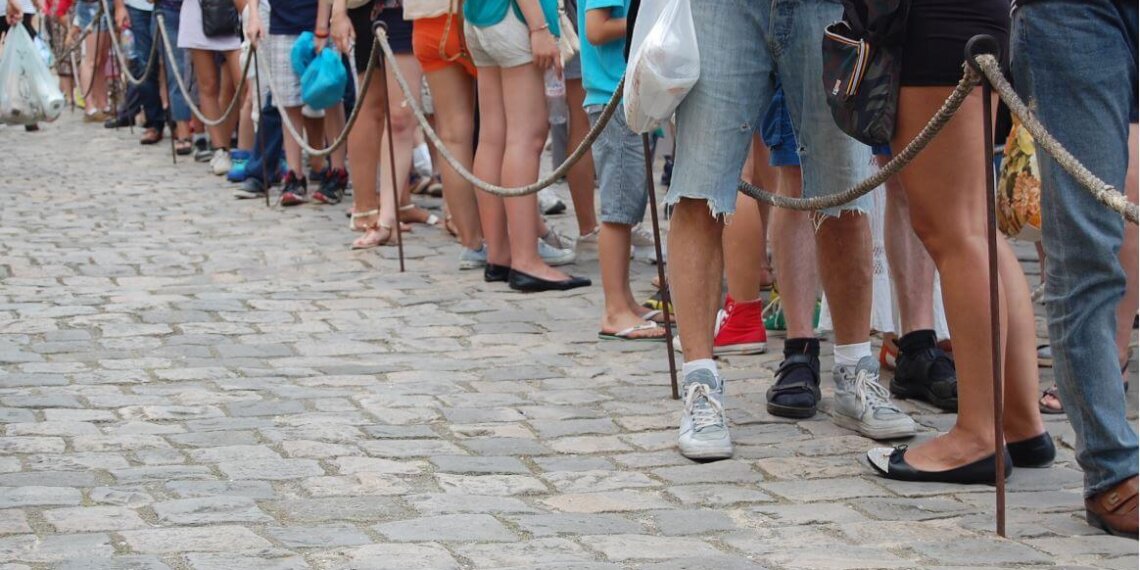 The majority of the estimated 11 million undocumented foreign nationals in the United States are from south of the U.S. border. Contrary to what some people believe, there is no single legal immigration line for these and other people to wait in. There are multiple lines with different waiting periods; some are unreasonably longer and less fair than others. The myriad visa programs have different requirements. Some visa options are temporary, like for tourists, research scholars and students. There are also paths for lawful permanent status in the United States for foreign nationals.

There are many, distinct immigration lines, but not everyone is eligible for a fasttrack to permanent residency or a pathway to citizenship. For example, thousands of people apply for asylum in the United States each year. There is no asylum line per se. If you make it to the United States, you can apply for asylum. However, it can easily take years to adjudicate an asylum matter. If granted, an asylee can then apply for their permanent residence after one year. According to the Department of Homeland Security (DHS) Yearbook of Immigration Statistics, only about 7.6 percent of all individuals granted asylum in 2012 came from Mexico or South America compared to 34.5 percent that came from the People’s Republic of China. Given the statistics, most will be denied, especially if the intending applicant comes from a country, like Mexico.

With respect to family immigration, Congress has set a finite number of visas that can be used each year for each category of immigrants. Individuals who want to become permanent residents through their qualified family member or potential employer will be classified in categories based on a preference system.

Many of these petition categories have statutory annual caps. Large countries with high immigration rates, such as India, China, Philippines, and of course, Mexico, have substantially longer waiting periods than other countries. For example, only 65,000 siblings of U.S. citizens are allowed to become LPRs each year under this category. Many more applications are submitted each year causing a backlog for certain countries with a high volume of petitions. For this reason, it can take decades for a citizen to immigrate his Mexican sibling or adult son or daughter.

In order to alleviate the backlog in certain preference family categories, in 2002, Congress passed the Child Status Protection Act (CSPA) which altered when and how children would be considered to have “aged-out” in the visa petition process. For instance, children who are unmarried and under 21 at the time a U.S. citizen parent files a family petition on their behalf can now preserve their status as someone under 21 and thus, complete the process to become LPRs immediately, notwithstanding the fact that they turned 21 before completing the process. Otherwise, if a family petition beneficiary of an LPR ages out, it can result in a lengthy waiting period, keeping families separated. CSPA allows a limited “age adjustment” for a beneficiary of an LPR. The adjusted age is determined by subtracting the biological age of the beneficiary by the number of days the family petition was pending before being approved by DHS. In addition, the child must seek to acquire LPR status within one year of the visa becoming available. CSPA usually does not work for LPR petitioners since the adjusted age must be less than 21 and rarely is.

The reality is that the vast majority of undocumented immigrants could not have entered into any reasonable legal line to immigrate, and if the intending immigrant qualifies as a beneficiary of a family petition, the waiting period can seem like a lifetime.

There is no special category for foreign nationals who want to come to the United States regardless of education and economic worth per se. The closest to it, is the diversity visa, also known as the lottery. Fifty-thousand diversity visas are available under this category but people from Bangladesh, Brazil, Canada, China, Colombia, Dominican Republic, Ecuador, El Salvador, Haiti, India, Jamaica, Nigeria, Pakistan, Peru, Philippines, South Korea, United Kingdom, Vietnam and unfortunately, Mexico, are not eligible to apply because more than 50,000 people have immigrated from these countries in the last five years. In addition, applicants are expected to have a high school education or certain skilled work experience to be generally eligible.

On a somewhat positive note, recently the State Department adjusted the dates for filing LPR applications for some categories in the family-sponsored and employmentbased preferences to better reflect a timeframe justifying swifter action in the application process. Presently, a Mexican, adult son or daughter of a U.S. citizen only has to wait about 20 years to have a visa available to be an LPR instead of 21 years. On Nov. 20, 2014, President Obama announced a series of executive actions on immigration including plans to modernize the visa system. Thousands continue to wait.Alan Diamante