What a Defense Attorney Does and Types of Cases They Handle 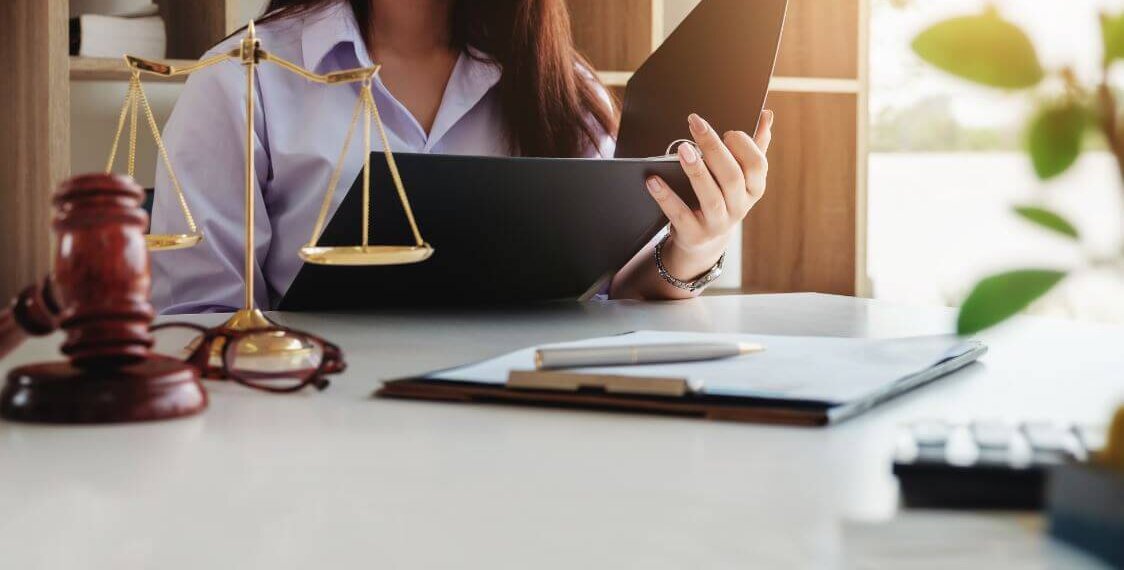 If you are trapped in the charges of any case you have the right to defend yourself, the law I Los Angeles allows a person who is accused of charges of any crime to fight back with the prosecution and to put the perspective in front of the court. The law protects the rights of a defendant person and helps to bring the balance into justice for both the petitioner and the defendant.

You might be provided a defense lawyer by the court of Los Angeles, or you can hire any criminal defense lawyer privately. The lawyer will help you out with the case and consequences that might occur during the case.

The lawyers follow a common pattern for the cases they solve or support. This pattern easily understandable by the client too. So that a client can trust his/her lawyer and the client can openly discuss the case. The pattern has the following steps:

The lawyer gets to introduce either by the court or approached by an individual. The lawyer asks some basic question to see the background of the case. The questions are simple and directly related to the case. Then you can give the lawyer some additional information for a better understanding of the case.

Lawyers investigate the case by themselves. They may hire any private investigator to comprehend the case deeply. They focus on every detail, either it is a minor one or huge. They also investigate the witnesses and their credibility.

The lawyer, with the help of gathered information, will make a defense strategy that will be followed during the case trial. The lawyer, before the formal filing of the case, can try to persuade the district attorney or the prosecution to dismiss the case or to get some leniency in the charges.

The defense lawyers also participate in the jury selection process. If they found any jury, member biased during the selection period, they can speak for that, and that might eliminate the member from the jury.

The lawyer represents the defendant in a plea bargain with the judge and prosecution. The lawyer negotiates either to dismiss the case or to minimize the punishment or sometimes for any compensation in place of punishment. The lawyer can accept any favorable deal for the client.

The lawyer also represents the client in the court at the trial. The defendant cannot represent the perspective in the court, as the law does not allow this. The lawyer fights and argues to defend the clients’ rights and to convince the judge to get the best results in the client’s favor.

The phases of the criminal trial process

The arrest to sentence, the criminal prosecution usually has three core phases:

The case started with the arrest, and the defense lawyer is also assigned or hired at this stage. The lawyer starts the work from this stage. They first meet and try to convince the prosecutor not to file the formal case. They show the defendant perspective to the prosecutor, who can dismiss the case before filing as he might be taking a decision after knowing only the petitioner’s side story.

If the case is filed formally, the lawyer will further process about the case, investigate and make strategies for the trial.

The second stage in the process is where the court notifies the defendant about the criminal charges. It is also notified that if the option of pleading guilty or not guilty to the charges. The “accused” need to file any guilty and not guilty plea before plea-bargaining between the prosecutor and defense lawyer. Then the judge decides whether the case will be dismissed, the “accused” will get released on bail, or he/she will be kept arrested.

When the “accused” entered a not guilty plea, the case will enter in the third stage that is adjudication. The defense counsel gets to introduce with the case and its relative information at this stage. The preliminary hearing proceeds if a felony is charged to the accused, or direct trial held if a misdemeanor is charged to the accused except the situation that case is resolved in the plea bargaining.

The prosecution presents the facts that prove the accused is commendable of the charges. If the judge found these facts met to the standards, the accused will answer the alleged charges.

There are two possible outcomes of the preliminary hearing, either the case will be resolved in plea bargaining or proceed to the trial.

There can be types of cases, which are experienced by a defense attorney. But some of the most repeated is as follows:

Driving under the influence:

The DUI is not brought the allegations of crime every time, but from the first time, they may cause serious penalties like losing your license for a year or to be a prison in county jail or hefty fines. If you alleged to the charges again, the sentence would be more abrupt, and if any injury or death occurred, it could cause a very severe sentence.

DUI not only caused sentence but also affect the future, you might have difficulty in finding employment or the effect on car insurance might be affected due to the DUI allegations on your record.

From the possession of a controlled substance to its trafficking, the drug crime has very serious criminal codes in the law. The charges might defer from a mere infraction to a misdemeanor or even a felony depending on the type of drug, its quantity and the crime related to the drug including possession, manufacturing, sale, transport, and trafficking.

The drug crime might also cause you the record with the connection of other crimes like violence with any gang or individually or possessing firearms illegally; it may cause an expansion in punishment.

The drug crimes’ sentence starts with a drug diversion program for the first time, but it can be increased to the loss of driving privileges, hefty fines, probation, and as drug offender registration. The sentence may vary or increase according to the crime.

The assault means to harm anyone physically purposefully, and battery means to apply physical force on anyone deliberately. The sentence intensity depends on the harm caused to the victim. If assault or battery is done but nothing harmed than the case will be treated as a misdemeanor, but it can be a felony and have severe sentence if the victim is harmed seriously. If a weapon is used for the crime, then the case will be treated as a felony.

The domestic violence cases included rape, kidnapping, stalking, and abuse in the law, and it can be filed against any close relationship like a parent, spouse, dating partner, or cohabitant. Any of the domestic violence cause arrest on the complaint but with a little chance that may be accused party is innocent. The case may cause the sentences and penalties. You may lose the visitation rights of child custody, any employment, and the chances of good employment and reputation would be affected too.

Crimes related to theft and robbery:

The cases include smaller to bigger robberies and involve grand larceny, fraud, and auto theft. The sheerness of the case depends on how the crime was done and if any firearms were used. It also depends on the value of the theft supplies.

The misdemeanors can cause second-degree charges that include fines and county jail imprisonment. The case will become more severe if any previous record existed or any injury or death occurred during the law violation.

The weapon crimes include any illegal possession to any other crime committed with the weapon. The illegal possession can bring severe results, which may increase with the record of other violation. It can cause stain on the reputation and can affect many privileges. You may also lose the opportunities of employment due to the record with violation charges.

The sex crimes started from sexual harassment to the rape. The law includes statutory rape, prostitution, spousal rape, child abuse, and indecent exposure along with sexual harassment and rape. The sheerness of the crime can make it crucial for the defense, and it may lead to overlooking the rights of the accused.