What If I Die Without A Will? 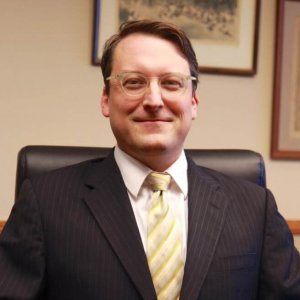 Many Texans have heard that a person’s spouse inherits all his or her assets in the absence of a will. The basis for this belief may be that, due to a 1993 statutory change, all a decedent’s community property passes to his or her spouse if all surviving children and other descendants are of the same marriage. However, if there are any children from a prior marriage or there is separate property, the statutory scheme becomes more complicated.

… if there are any children from a prior marriage or there is separate property, the statutory scheme becomes more complicated.

The rules of intestacy are best illustrated by example. Assume that Jack dies without a will, married to Jessica. Jack has three children – Samantha and Anthony, from a prior marriage, and Celeste, from his marriage to Jessica. Jack owns a vacant lot in San Marcos as his separate property and Jack and Jessica owned their house in San Antonio as community property. A bus runs a red light; Jack dies. Because a spouse has certain homestead rights under the Texas Constitution, Jessica would have the right to occupy the house for life, but Jack’s one-half community interest would vest equally in Samantha, Anthony, and Celeste, subject to such rights. Samantha, Anthony, and Celeste would inherit the San Marcos lot, subject to a one-third interest in Jessica for life. If Jessica decides to sell the house, the title company will require, at a minimum, affidavits of heirship setting out Jack’s heirs and a deed from Jessica, Samantha, Anthony, and Celeste. During Jessica’s lifetime, Samantha, Anthony, and Celeste cannot sell the lot without her involvement. Although Jessica’s homestead rights would make her liable for expenses of upkeep of the house, they would also entitle her to receive the income from the property.

When multiple generations die without a will, the problems compound. Assume that Bill and his recently deceased wife had the following children: Derrick, Vladimir, and Cookie. Assume Bill has a son, Marcel, from a previous marriage. Bill dies owning Blackacre, situated in the Eagle Ford Shale. Derrick, Vladimir, Cookie, and Marcel would each acquire an undivided one-fourth interest in Blackacre. But let’s assume that Derrick plans to leave his estate to his long-distance girlfriend, Cindy. In addition, assume that Derrick has a strained relationship with Marcel. If Derrick outlives Bill, never gets around to signing his will, and dies with no children, Marcel, as Derrick’s half-brother, would be entitled to onefifth of Derrick’s estate, and Derrick’s other two siblings would each be entitled to two-fifths of his estate. Derrick’s siblings obtain affidavits of heirship from disinterested witnesses and record them. ABC Oil offers to lease Blackacre, but when Marcel refuses to sign, moves on. Vladimir, Cookie, and Marcel opt to sell Blackacre.

Now Becky, a woman who has been living with Derrick, files an affidavit in which she claims to be the common law spouse of Derrick. This conflicts with the previously recorded affidavit stating that Derrick’s only heirs are Vladimir, Cookie, and Marcel. The only title company in town declares that Blackacre cannot be sold without a judicial declaration of heirship. This is a costly procedure – once the application is filed, the probate court must appoint an attorney ad litem to represent the interests of any unknown heirs, which will cause Derrick’s estate to incur additional legal fees and court costs, not to mention the cost from the likely litigation pursued by the purported common law spouse.

… in each of these cases, instead of utilizing the simplest estate planning, the individual opted, even if by default, to let the State of Texas decide how his assets should pass.

A simple will would have avoided each of the situations above. If Jack had simply left the house to Jessica in his will, no affidavits would have been necessary to sell the house, and only Jessica would have needed to sign the deed. If Derrick had left his estate to Cindy in his will, as he intended, Cindy alone could have signed the oil and gas lease. Some of these situations could have also been avoided by the use of a transfer on death deed, which was created by statute in 2015. However, in each of these cases, instead of utilizing the simplest estate planning, the individual opted, even if by default, to let the State of Texas decide how his assets should pass. Joseph L. Koehl

Joseph L. Koehl, of Duncan Bressler & Williamson, practices in the areas of estate planning and probate, as well as oil and gas and real estate matters. He is board certified in oil, gas and mineral law and is a member of the State Bar College. Joseph received his Bachelor of Arts from the University of Texas at Austin and his law degree from Baylor Law.