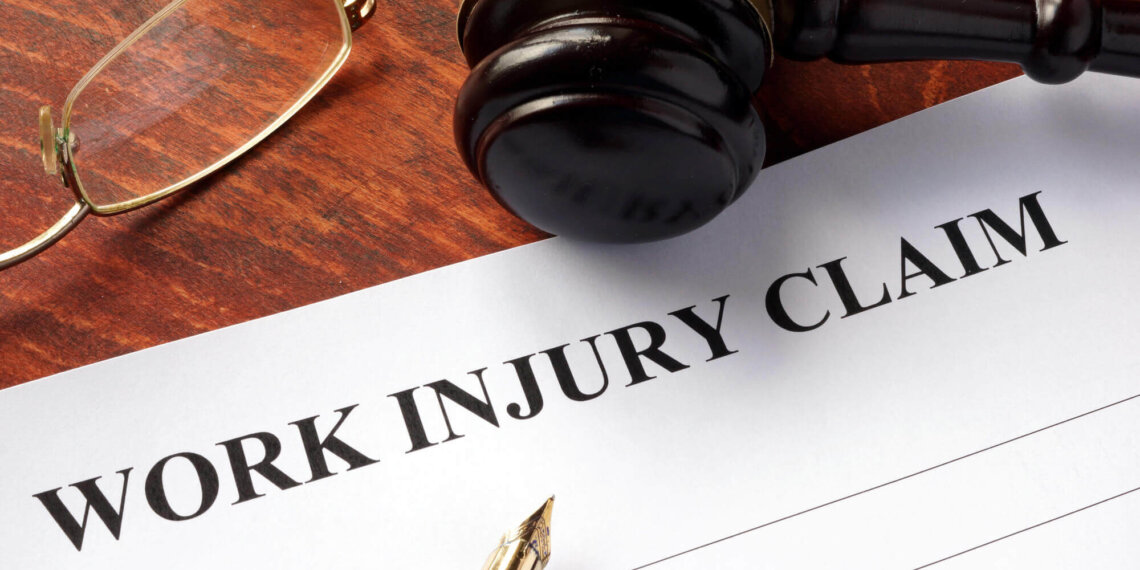 In 2018, a whopping 2.8 million non-fatal workplace accidents and illnesses occurred in the US. These resulted in over 900,000 cases of days away from work. Worse, over a third of these cases (37%) were serious enough to require medical attention.

It’s because of these hazards that almost all US states require workers’ compensation. In fact, this type of employee insurance now covers about 129 million US workers.

Unfortunately, simply filing a workers’ compensation claim doesn’t guarantee coverage. Employers and insurers can deny these claims, such as what happened to 7% of workers’ comp claims in 2017.

This is why you should know what makes workers’ compensation claims “undeniable”. This way, if you find yourself injured on the job, you can raise your chances of getting fair compensation.

Ready to learn about workers’ compensation eligibility factors? Then let’s dive right into it!

An Injury Covered by Workers’ Compensation

Workers’ comp covers injuries that occurred in the course of employment. They can take place in the workplace itself or outside of job sites. They can also happen while doing something outside of the office but on behalf of an employer.

So long as the injury has something to do with the job, workers’ comp should cover it. The most common is overexertion and bodily reaction, which led to 295,830 cases of days away from work in 2017. Contact with objects, slips, trips, and falls are also common workplace injury causes.

A Workplace Accident or Injury Reported to the Employer Right Away

For workers’ comp claims to be legitimate, employees first need to file an accident report. Each state has its own reporting deadline, so make sure you know what yours is.

In South Dakota, for instance, employees only have three business days to file the report. In Nevada, workers need to submit an incident report within seven days after the accident. Many other states, like California, Florida, Indiana, give employees up to 30 days.

During medical emergencies, you can head to the nearest ER regardless of which state you live in. Other than this, your worker’s comp may restrict your choice in a treating doctor. This depends on your state, your employer, and their insurer.

You need to abide by these requirements, or you could end up having your claim rejected.

The “Choose Your Own Doctor” Method

In some states, such as Illinois and New York, employees have the right to choose who treats them. However, this only applies to workers whose employer doesn’t have a provider plan.

If yours does, you need to see a doctor under the plan’s managed care arrangement. If not, you may still have to see a doctor approved by the state to treat workers’ comp injuries.

Many states have regulated (but not mandated) managed care plans for workers’ comp. This allows workers to choose any treating doctor who is part of the insurance network. Failure to do this can result in the rejection of a workers’ comp claim.

Connecticut is one example. If you choose a physician “outside” of the managed plan, you’ll lose your workers’ comp benefits.

Getting Treatment from the Physician Specified by the Employer

In other states, like North Dakota and Ohio, employers have the right to choose a “provider panel”. This consists of physicians who workers need to see if they get into a workplace accident.

In both states though, workers can still choose their first treating physician. But if the employer has a provider panel, then future treatments must come from one of these doctors.

A Workers’ Compensation Claim Filed within the Statute of Limitations

Legitimate workers’ comp claims are those filed within the state’s statutes of limitations. As with report deadlines, these “statutes” also dictate how soon you should file a claim. Again, this depends on which state you live in, although most have one to two-year deadlines.

Vermont and West Virginia, however, both have a six-month statute of limitations. You need to submit a workers’ compensation claim within six months from the day you got injured. In Ohio, this deadline applies to occupational illnesses.

No matter how severe your injury is, make sure you file your claim before the deadline. Insurers may think something’s fishy if accidents don’t get reported right away. To them, it makes complete sense to report something as bad (and expensive) as a workplace injury ASAP.

Anyone who saw your accident, be it a co-worker or a client, can serve as a witness. They’ll help build your case and prove that your injury took place while on the job. Your employer and their insurer will also ask you to provide their names and accounts.

However, it’s best to gather witness accounts ASAP, while their memory is still fresh. After all, the brain can purge memories of alarming moments, such as accidents. If witnesses aren’t asked to recollect these details, they may forget it altogether.

Herein lies the problem: your injury may be severe enough that you need to stay in the hospital. Sprain and strain injuries alone can already lead to 10 days away from work. By then, your witnesses’ memories of your accident may already be fuzzy.

Mismatched witness accounts can result in the denial of your workers’ comp claim.

A highly experienced workers compensation attorney can help in such cases. These legal pros will handle most of the legwork of the claims process for you. They’ll collect evidence and interview witnesses on your behalf.

In fact, the first thing they’ll do is to ensure your claim is legitimate.

If no one witnessed your accident, the best thing to do is to report it to your employer ASAP. Share as many details as you can to your co-workers too. And be sure that every account of your story is consistent.

Your medical records, which your initial treating doctor will take, is crucial evidence. It should contain the same details as what you’ve written in your accident report. If there’s any discrepancy between the two, the insurer may deny your claim.

A worker who gets injured on the job but found to be under the influence has no claim at all. This can be alcohol or illicit substances like drugs. Even if the injury did happen at work, the presence of alcohol or drugs will invalidate the claim.

One possible exception is if the accident occurred in a company gathering. If there were alcoholic drinks served, then workers’ comp may still cover the injuries.

Many insurers invalidate claims filed after the worker is no longer employed. They can contest these claims and say that the worker did not sustain the injury at their previous work.

This is another reason you should never delay filing a workers’ comp claim. Even in case of an illness that develops over time, you should at least report the symptoms ASAP. This way, if your illness turns out to be work-related, you at least met the condition for filing an injury report.

There are certain cases wherein filing a claim outside of employment is still valid. For instance, your injury may have occurred only a few days from your last day at work. If you filed an incident report while still employed, your claim may still be valid.

Another example is if your employer fires you in revenge or “retaliation” for filing a claim. Retaliation is quite common in the US, with 39,469 cases reported to the EEOC in 2018 alone. This is against the law, so you can still file a claim and even sue your employer.

There you have it, your ultimate guide on what makes a workers’ compensation claim valid. So long as you meet all the conditions listed here, you have every right to your workers’ comp benefits. Don’t let your employer — or their insurer — tell you otherwise.

What’s important is to report your injury as soon as possible. This is true even if you’re not 100% sure yet that your illness may be due to work. You’ll be glad you did if your treating doctor confirms that it really is work-related.

Need a lawyer who can help you with your claims process? Then feel free to use our site’s lawyer directory to point you in the right direction!