Going to court for a child custody battle with your ex can be quite nerve-wracking. Entering those double doors and walking through the aisle as judges, multiple witnesses, and jury members observe your every move.

If you’re going through a legal battle for the right to care for your child in a small lawyer’s office, that frightening feeling might linger. However, it’s possible to reduce those anxieties by understanding the things to expect throughout this legal endeavor.

Expect the judge and other members of the courtroom to ask several questions during the child custody dispute. These probing questions may decide which parent gets to keep the rights to take care of the young one.

Some topics asked during the hearing may include, but aren’t limited to, the following:

Another question that may surface during the child custody battle is, ‘did the child experience abuse or violence committed to one or multiple household members?’ Prepare to answer if your kid is a witness or suspect to these situations.

Take note that there may be cases wherein the judge declares that both parents are incapable of caring for the young one. In turn, the ruling evaluator might send the child to a foster home.

It’s also possible that these questions might result in a temporary custody order. According to a blog post on the Burggraff Tash Levy PLC website, this particular legally-binding command puts the child in the temporary care of a parent or foster home until the judge declares a final decision. This temporary order may also result from having unclear or indefinite answers from the probing questions asked.

Always remember that you’re a party to the decision of who gets to maintain care for your child. Regardless of what transpired between you and your ex, don’t throw your emotions around.

This is why it’s important to outline a custody agreement or parenting plan with your chosen attorney. Preferably, the legal document will outline how both parents will take care of the child during and after the custody battle. This plan will help set the stage for an eventful post-divorce relationship. The regulations imposed in the file may help reduce conflict between you and your ex.

Moreover, possessing a parenting agreement allows both parties to remember the element that might be the most important component in this matter–your child.

Thus, to have a good parenting plan, it should be in your best interest to hire a child custody lawyer with an excellent history of dealing with several divorce cases.

One of the various myths about child custody battles is that mothers always win. But that’s not always the case. The judge’s decision may lie on the testimonies presented by multiple witnesses during the hearings.

Note that multiple testimonies in child custody cases are essential. One witness’ testimony may not necessarily be enough for a judge to rule in your favor or for the other party. If you want to maintain custody for your child, consider bringing multiple witnesses to the court.

However, the tides may turn against you if you try to fabricate the truth. Instructing your witnesses to lie during court may only result in you losing the legal right to continue caring for your young one. This scenario may also be true for the other party.

Understand that the witnesses help the judge to assess whether or not you or your ex is the best parent. Some witnesses that the judge may call to the stand are a grandparent, nanny, neighbor, or babysitter.

Still, you may fortify your claims by producing hard evidence that you’re the best parent to care for your child. For example, you may explain that your lifestyle is better than the other parent’s daily routine. You may also say that you always worked and cared for your kids, and the other parent has abandoned them.

These are only sample scenarios, and you shouldn’t use them if these events didn’t happen. Otherwise, the judge may declare that you’re unworthy of caring for your child.

It’s safe to say that you shouldn’t go to a child custody battle without understanding the potential outcomes. With that in mind, you shouldn’t think that there’s only one possible agreement that may arise from the situation.

In other words, you should understand that different child custody practices exist. For instance, one type of child custody is when a parent has physical custody over the child. This agreement presents one parent to have the right to make the kid stay in the home of their mother or father that won the custody.

Another potential result is legal custody over the child. This outcome refers to a parent’s ability to make certain major decisions regarding the young one’s life. These decisions may include medical treatments or educational preferences.

Talking to Your Child

Last, don’t forget to talk to your child about what may happen during and after the child custody battle. Tell your kid about the ups and downs of divorce. For instance, you may explain that when a couple gets married, it usually takes a while before they reach a place where both parties can communicate well with each other.

You may also explain to your child that couples may need to go their separate ways even after marriage. However, this event might not mean the end of their relationship. But it only means that both parties decided to take different paths in life.

Communicating with your young one will help them learn that divorce might not be the end for the family to see each other. Still, your little one may need to understand that times will be different after the child custody hearings.

Learning what to expect in a child custody battle with your ex may help reduce the stresses involved in this legal conflict. Know the potential questions, understand the agreements, and prepare for multiple testimonies that may ensue during the hearing.

Note that you may or may not win the right to take care of your child. However, understanding the potential events that may happen in the courtroom or legal office may help ease the pains from these trying times. 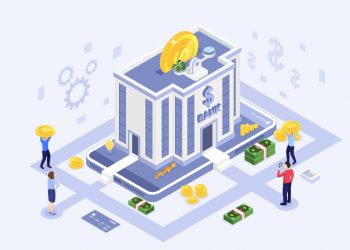