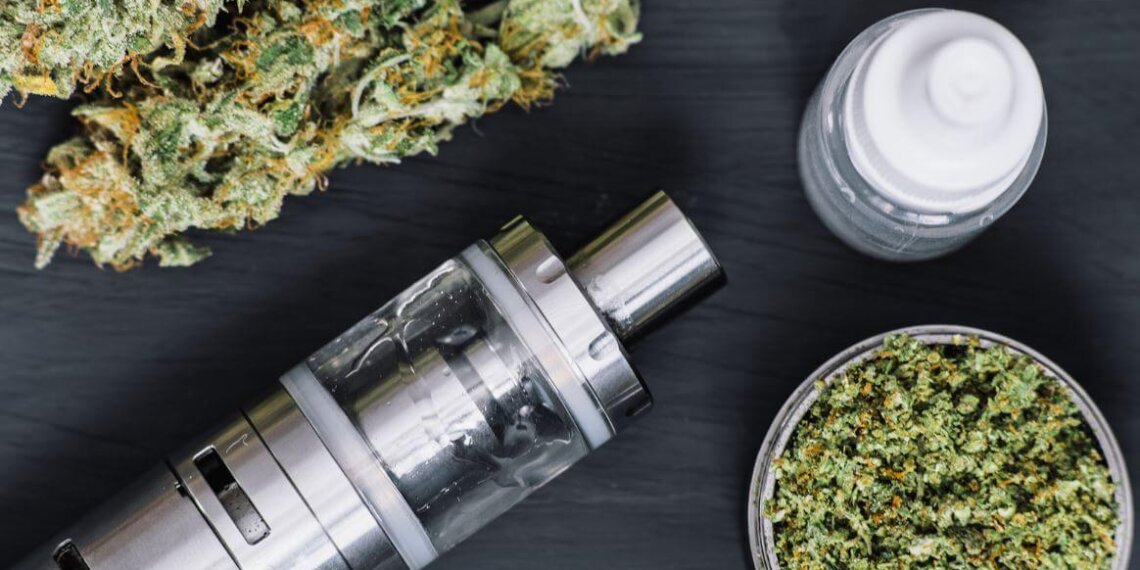 Generally, I’m not a big fan of traditions. I’m a disrupter by nature and profession. However, here’s a tradition I remember fondly from my time in the Ohio Senate: my colleague, Bob Hagan’s annual ceremonial introduction of legislation authorizing the medicinal use of marijuana.

I’m using the term “ceremonial” because the bill had absolutely no chance of being enacted in a legislature dominated by conservative Republicans. Th e fact that the bill was DOA did not, however, stop Hagan from engaging in an 18-year-long quixotic quest – a quest that was also extremely lonely because no one ever offered to cosponsor the bill.

That’s why I watched in amazement as House Bill 523, which establishes the Ohio Medical Marijuana Control Program (MMCP), sail through the legislature in less than six weeks. When Gov. John Kasich signs it into law, Ohio will become the 26th state to legalize marijuana.

Hagan must be feeling dazed and confused.

He won’t be alone because passage of the bill, which contains surprisingly few specifics, is just the first step in what promises to be a long and complicated legalization process fraught with uncertainty for patients, doctors, suppliers, employers and workers. In other words, the new law creates a veritable playground for lawyers who will spend thousands of hours crafting the regulations governing the new industry and then, advising clients on how to comply with them.

Let’s take a look at some of the issues involved.

Under the bill, the newly-created 13-member Medical Marijuana Control Advisory Committee will draft proposed rules and regulations for the MMCP. Their proposals will be submitted to the Ohio Department of Commerce, State Board of Pharmacy and State Medical Board whose members will finalize and administer the regulations.

Lawyers will be heavily involved in creating the new regulatory scheme and dealing with a wide range of issues, including: (1) patient and caregiver registration requirements; (2) development of administrative code language detailing the oversight re- Former Ohio Attorney General Marc Dann has been fighting for homeowners, consumers and small businesses since he began his private practice in 1990. Upon leaving office in May 2008, Dann volunteered to represent homeowners facing foreclosure and became even more concerned about the standing of certain servicers to foreclose on his clients. Recognizing that the problem of fraudulent foreclosure practices was epidemic in Ohio, Marc Dann established the Dann Law Firm representing more than 500 homeowners in foreclosure in more than 65 different counties in Ohio. sponsibilities of at least three state agencies; (3) establishing licensing protocols for cultivators, processors, testing laboratories and dispensaries and physicians; (4) implications of decriminalization and continued prohibition of the cultivation of marijuana for personal use; (5) dealing with the ability of local governments to restrict the number and location of facilities; (6) different property tax treatment created for agriculture related to medical marijuana production; and (7) issues for businesses, physicians, attorneys and other professionals participating in the industry.

As I mentioned earlier, writing regulations dealing with these and other issues is the first phase of work that will require substantial legal counsel. Helping clients comply with the regulations represents the long-term challenge and opportunity for the legal community. For example, corporate and tax practitioners will need to address Section 280E of the federal tax code, which specifically prohibits individuals and entities involved in the marijuana industry from using many of the tax deductions and credits that are available to other businesses.

Lawyers representing banks and financial institutions will also be busy. Most attorneys are aware that it is extremely difficult for marijuana-related enterprises to obtain financial services from federally-chartered entities. Although the bill exempts Ohiochartered institutions that provide services to compliant marijuana enterprises from sanctions, navigating the complicated multijurisdictional landscape will require experience, expertise and caution.

Because the new law does not require employers to permit or accommodate an employee’s use, possession or distribution of medical marijuana, employee use in the workplace and the impact of drug-free workplace policies will occupy the time and attention of employment and labor lawyers.

Finally, I suspect that defense lawyers, law enforcement officials and prosecutors will spend years clarifying what constitutes legal cultivation, possession and use of marijuana – all matters that are complicated by the fact that marijuana remains illegal under federal law. Given this conundrum, lawyers advising clients should be aware of Ohio Disciplinary Rule 1.2 (d), which provides:

A lawyer shall not counsel a client to engage, or assist a client, in conduct that the lawyer knows is illegal or fraudulent. A lawyer may discuss the legal consequences of any proposed course of conduct with a client and may counsel or assist a client in making a good faith effort to determine the validity, scope, meaning, or application of the law.

One thing is clear, state and local government agencies, Ohio businesses and consumers and the lawyers who represent them will have plenty to sort out over the next few years as the regulations for legal medical marijuana in Ohio are draft ed and implemented and the new industry the law creates takes flight.

My suggestion for dealing with this fluid situation and ensuring that you are offering sound legal advice to your clients is to stay abreast of the regulations as they are written, study marijuana industry-related court and administrative law decisions, and be proactive in notifying clients when changes that may affect them occur.  Marc Dann