Why Lawyers Have Secrets 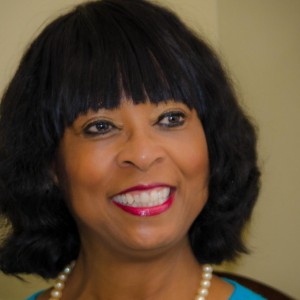 Imagine that you have received an invitation to an opulent banquet for lawyers only. This event is to be held at a 5-Star hotel and promises to provide you with plenty of tasty delicacies. The menu includes hot and cold Hors oeuvres, lobster, shrimp, imported cheeses, prime rib, seafood, and signature cocktails. Everyone in the firm is invited to this event. Would you want to go?

There is one catch. You must pick up your ticket from the administrative department. And, you must walk down a long hallway past your colleagues wearing only your underwear. Would you still want to go? Probably not. That would be humiliating.

This potential loss of dignity is how lawyers feel about confessing any of their weaknesses or problems to someone in the firm. No attorney wants to admit they are suffering. How can a lawyer admit to depression, anxiety, or having to expose that they have suicidal tendencies? Making that call to an administrative member of the firm feels as humiliating as walking down the hallway in underwear.

Most lawyers will not ask for help. They have visions of ruining their reputation. Members of the firm do not trust that their confession will be confidential. They have nightmares of being labeled as a weak lawyer. No, they would rather die. Unfortunately, an alarming number of lawyers do take their own lives.

In 2017, a groundbreaking report by The National Task Force on Lawyer Wellbeing sparked a movement. The legal profession acknowledged that they were in a crisis.

The report cites statistics among lawyers:

The ABA asked law firms to take a pledge to help their lawyers.  Law firms took massive action and addressed these issues. Firms set up their banquets. They began to discuss these issues in their retreats, group training, and webinars. They set up departments for employee assistance. Yet hardly any lawyers are coming to the banquet.

Attorneys feel that protecting one’s reputation is paramount. They avoid the stigma of mental health challenges at all costs.

When I was a little girl in the early ’50s, when Eisenhower was President, I loved to watch a TV show called “I’ve Got A Secret.” A celebrity panel would each take turns trying to guess the visitor’s secret. I always wanted to guess the secret as I stared at our tiny black and white screen.

Lawyers are playing the game, “I’ve Got A Secret,” but this is not a game show. As a whole, the legal profession probably prefers that these alarming statistics would go away.

When asked about his lawyers’ well-being, Hal, a section head at a large firm, said, “Well, I don’t know to which law firm those numbers apply, but I am certain that our lawyers are all fine.”

Every day I see lawyers like Hal in denial. I also speak with others in the legal profession, hoping that their depression will go away, the stress will subside, or that the suicidal thoughts will disappear. We all know that these symptoms get worse, not better over time.

Sally, an associate who suffered from depression and migraine headaches, sighed, “If I try to focus more and get stronger medication from my psychiatrist, I’ll be fine.”

I asked Sally, “How long have you been seeing your psychiatrist, and how often have you changed your medication?

“I’ve been seeing my psychiatrist seven years, and I change my medications, probably every eight or nine months,” she replied.

“Sally, what do you think is going to be different this time?” I asked.

“I have to do something. I am going to go crazy if I don’t manage my stress better!”

Sally’s situation is all too familiar in the legal profession. Left to her own devices, she keeps using band-aids that are not a lasting solution.

Law firms have priorities. They say, “Because of the pressure for profits, we can’t deal with these emotional issues.”

With the losses from COVID-19, the legal profession has been affected. There is no time to address the secrets that lawyers are hiding.

According to a white paper published by The Right Profile, turnover has cost the top 400 law firms in the US billions of dollars. There are also escalating costs from lost productivity and mistakes.

Learning From the NFL

In recent years the NFL has made nontraditional changes. For example, an owner of a football team knows that one of the biggest hazards their players face is physical injuries. Ankle sprains, knee injuries, quad and hamstring strains, dislocated shoulders, and concussions will always happen.

Teams began to invest in Pilates, Yoga, and Ballet classes for their players. I live in a town with the Jacksonville Jaguars. Imagine my surprise when these big football players joined our class.

NFL teams discovered that Pilates helped elongate the player’s muscles and increase motion and reduce injuries. Yoga improves their balance and joint movement. Ballet helps them to avoid and handle tackles with grace, and it also improves flexibility. A football player goes to these classes to perform optimally on the field.

During the game, the team also provides doctors, trainers, and physical therapists on the sidelines, ready to care for injured players.

Football is a tough game. But management is willing to step out of the norm and try new disciplines to prepare their players. They invest in their players before, during, and after the game. Any team would have scorned ballet, Yoga, and Pilates during the 1950s. However, today the NFL is willing to try unconventional approaches.

On the other hand, law firms are more traditional and slow to change. Unlike football players, lawyers suffer mental threats, not physical injuries. The by-product of practicing law is the mental stress, the demands, the adversarial nature of the profession, judges, clients, law firm politics, and the long hours. There is also much business and social drinking, which has become another hazard of practicing law.

To remain in good standing, a lawyer has to keep secrets. They must hide their suffering even from themselves.  Unlike a football team, which acknowledges the game’s hazards, law firms are not investing in the equivalent of Yoga, Ballet, and Pilates for their lawyers. Law firms can support their lawyer’s ability to cope by using nontraditional methods like peak performance strategies, neuroscience, neuroplasticity, and stress-relieving practices like meditation.

An excellent beginning for lawyer well-being is here. The banquet has been prepared. Now, it’s the firm’s job to make it user friendly. By helping remove the stigma and implement creative approaches, firms will give attorneys the support they need.  Investing in one-on-one, group support, and creating an ongoing community will allow lawyers to perform their best.

Occasional webinars, quarterly meetings, or covering these issues in a retreat are cursory. Making changes and investments in new approaches will drive law firms to become more robust, productive, and profitable. Taking the health and well-being of lawyers to the next level will create healthier, happier teams and increase net profits.

Since 1992 Pamela DeNeuve has spent over 38,000 hours giving lawyers a proven and successful strategy to build 7-figure law practices and get the right clients into the door.