Why You Need a Defense Lawyer if You Get a DUI 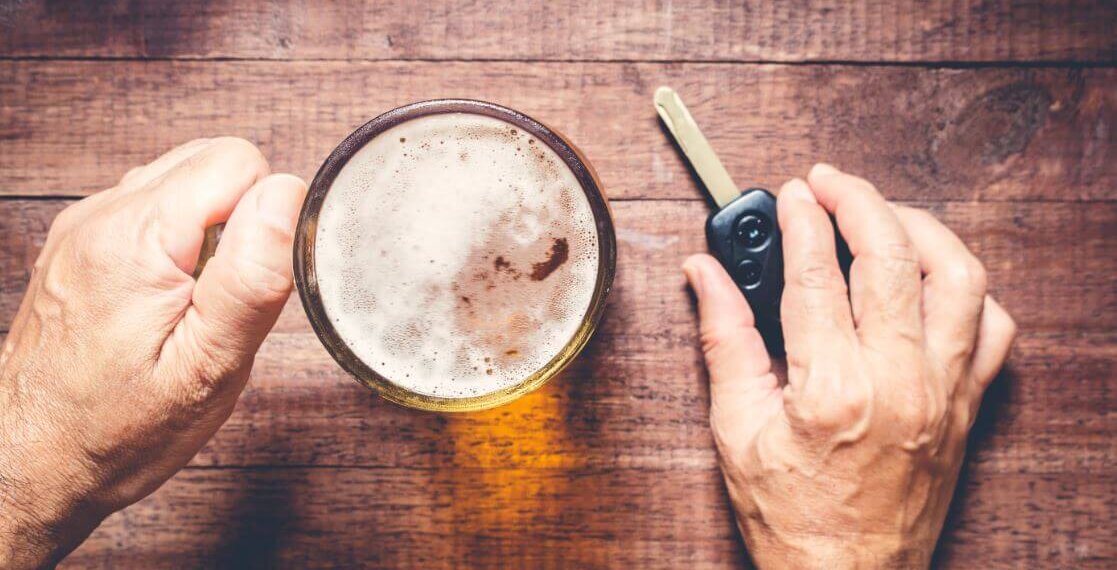 You are usually charged with DUI, DWI, or OUI when you are caught drunk driving. Drunk driving means operating a vehicle while you are under the influence of alcohol or an illegal drug. The vehicle can be a car, bike, truck, and even a bicycle. It’s an offense because you can hurt yourself and anyone on the road when driving under the influence. If you are caught in this situation, the police officer will test to see if you have any substance in your body that can affect your judgment.

Say No to Drunk Driving

Let me start by stating that drunk driving shouldn’t be taken lightly. You have no control over yourself when you consume more than a certain amount of alcohol or drugs. This state is usually called ‘drunk’ or ‘high’ and you can’t take any decisions in these states. Driving is a task that requires constant attention and the ability to make a decision every few seconds. It’s suggested that you shouldn’t drive even if you are feeling emotional, whether sad, tense, or too happy. Driving under the influence has caused thousands of deaths. It is our responsibility to avoid such rash actions as a responsible citizen of United States.

Drinking has become a part of daily life for many of us. It impairs our decision making when we are drunk. In this situation, some people make the wrong decision of driving themselves. Police officers keep an eye on vehicles that are not driving correctly. They stop such vehicles and arrest the driver if he/she is found under the influence. This creates a big problem for the driver that can directly impact his/her family and future.

What Do DUI Defense Lawyers Do?

We hate the crime, not the criminal. DUI defense lawyers understand that you may have made a mistake. They help you get out of the mess with least or no punishment. They also consider the possibility that you might be charged incorrectly. Sometimes an officer can also make a mistake. It is also possible the Breathalyzer or any other tool that police used to test Blood Alcohol Level (BAC) might be faulty. There are many more things to consider which lawyers are well aware of. That’s why you should hire them as soon as you get a DUI. Below I have shared eight reasons why you are going to need a DUI defense lawyer when facing a charge of Driving under Influence.

After the police officer has arrested you, he will present you in front of a court before starting the prosecution. It’s called the arraignment. Here the judge will ask whether you admit your mistake or not. In other words, is your plea ‘guilty’ or ‘not guilty’. Some people think that you don’t need an attorney for arraignment. I believe you should acquire the help of an attorney even before the arraignment. ‘Guilty or not guilty’ may sound like a simple question but it determines what will happen next.

A DUI defense lawyer knows what answer would be best for you depending on the situation. They have the experience to see how the case will turn in the future. The court wants you to accept that you are guilty so there won’t be any trial. It will save the court’s time and resources. That’s why they even let you off with a lighter sentence.

You will have to face a trial to prove your innocence if your plea is not guilty. Depending on what state you are in, there may be a jury trial. You can also request the judge for a jury trial. An attorney will have studied your case. He can better judge if you can get off easy with ‘guilty’ plea. It will be more trouble if you say you are ‘not guilty’ and then you are proved guilty.

2.  You will Face a Prosecutor

It’s not just a judge and jury who will listen to you proving your innocence. There will also be a prosecutor in the trial whose job is to prove that you are guilty of drunk driving and get you as harsh punishment as possible. Moreover, you will also be seeing the officer that arrested you. That officer will present evidence why he arrested you. These pieces of evidence will include the results of the BAC test and testimony of that officer.

It is a crime if the test result shows blood alcohol concentration was equal to or higher than 0.08 percent. Officer will most probably have used a Breathalyzer for the test. It is also possible that he may have asked you to answer some questions or perform some actions to see if you were under the influence. They usually have recordings of all these things. Only a professional and experienced DUI defense lawyer would know how to find fight against presented evidence.

3.  You Don’t Know How to Negotiate

It can get unpleasant in courts. Prosecutor will try his best to break you and trap you in your words. You may think you are smart and won’t be easily influenced by any lawyer but you won’t even know and it would have already happened. Many innocents get confused like this and unintentionally say something which ends up proving them guilty. You are not a professional lawyer, and you don’t know how to negotiate with another lawyer. Leave this job to an attorney who does this for a living. He’ll know better what to say and what not to say in the court.

4.  Your License will be Suspended

Whether the charge is proven or not, your license will be suspended. The suspension depends on the number of times you have been charged with DUI before. In some cases, it may even be revoked. It is suspended for 4 to 12 months if it’s your first time. You can, however, challenge the suspension. Otherwise, you will need to wait until its expiration. Do you know how to challenge it? Probably not if it’s your first time DUI.

An attorney knows the proper procedure and is more likely to get your license back. The court may ask you to go to therapy, attend an educational program, or do some community service for a certain period to get your license back. In California State, the law only gives you ten days to challenge the suspension. If you are facing any similar case, you should contact a top-rated Vista DUI defense lawyer for help.

5.  You May Have to Pay Huge Fines

Many people are afraid to hire a lawyer because of the service fees they charge. Fee of a good lawyer is worth his services. They help you win your freedom which have a negative impact on your future. Besides, you may have to pay a big fine to the court if the charge is proved. You can avoid that big fine by paying a little of it to a good attorney. This reason alone is worth hiring the services of a professional.

6.  It Can Result in Jail Time

You can also be sentenced to jail in DUI cases. Many other punishments involve SCRAM bracelet, community service, and heavy fines. People are most afraid of going to jail. Even in difficult cases, a DUI defense lawyer will help you stay out of jail. A judge usually never sends you to jail if it’s your time. DUI is basically not a felony as long you didn’t hurt anyone by drunk driving. It’s a different case if you have caused an injury or killed someone in an accident. Unless you are willing to take the chance of going to jail, best practice would be to get help on your side.

In order to prove your innocence, there is required effective evidence to present in court. You don’t know what you need and how to get it. A good DUI defense lawyer will gather useful evidence and documents. He will prepare his side before the trial. Even if you gather evidence yourself, you don’t know valid it is. It won’t be difficult for a prosecutor to raise an issue about the validity of your evidence. An experienced attorney can identify the issues that are likely to be raised and resolve them. He will deal with insurance premiums, driver license, court dates, and SS-22 forms for you.

8.  They will Get all the Answers Right

It’s not an easy thing to answer sharp questions of a prosecutor. He can confuse and cause disagreement in your statements. Your DUI defense lawyer knows how to answer and how to question back. He will prepare you for the court. He will first discuss the entire story and get every little detail. Then he will tell you all questions likely to be asked and how to answer them. He will get your story straight and practice with you if needed. You will also be guided about how they might try to confuse you and how you can keep yourself together. A good attorney also tells you things that you should avoid saying or doing in the court.