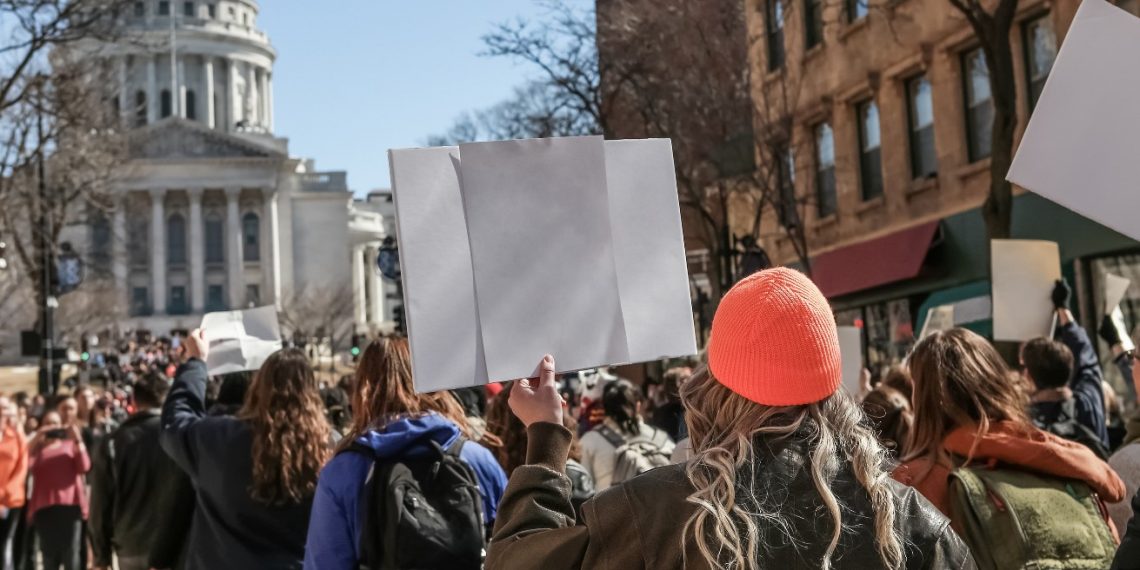 As the coronavirus continues to spread across the United States, stay-at-home orders have been met with backlash from thousands. Almost every state in the country has enacted some sort of stay-at-home policy, with some being harsher than others, relative to the severity of outbreaks in their state.

Among these states was Wisconsin, which announced its first stay-at-home order March 24. Nearly a month later, the state’s Department of Health Services issued even stricter restrictions on non-essential movements, this time threatening violators with up to 30 days imprisonment, or a $250 fine, or both.

The backlash to the new order was immense, among both the public and the state government. The Wisconsin state government went as far as to challenge the order in court, calling into question Palm’s authority to make such orders. Wisconsin Legislature v. Palm was heard before the Wisconsin Supreme Court, to determine whether Andrea Palm’s strict regulations could stand, based on the state’s precedence in handling emergency orders.

The “Safer at Home” Order, known officially as Order 28, called for all individuals in the state of Wisconsin to remain at their homes except to perform essential activities related to health and safety. In addition, Order 28 commanded all non-essential business to cease, including restaurants, bars, and public gatherings. Palm included a section threatening criminal punishment for violators of the order. Some found the order to be a drastic and unnecessary abuse of power. On the other hand, some people understood that drastic measures could be necessary to stop the spread of the coronavirus.

At the time of the first Wisconsin stay-at-home order, the state had 457 confirmed cases. That was in late March, and by April 16, the day Emergency Order 28 was introduced, the number of cases had jumped to 3,875.

As Secretary-designee of the Department of Health Services, Andrea Palm took it upon herself to impose regulations intended to prevent this number from getting any higher. Her actions did not sit well with the Wisconsin Legislature, or the Wisconsin Supreme Court, for that matter. They did not agree with the idea of a government official taking it upon themselves to do anything, even in the most extreme circumstances.

Wisconsin Legislature v. Palm was brought by the Legislature before the Supreme Court of Wisconsin, who established that it had original jurisdiction to hear the case.

The Legislature’s argument was that Order 28 was a “rule” as defined by Wisconsin law, and that Palm did not follow standard rulemaking procedure in enacting it. Logically, if Order 28 met the statutory definition of “rule,” then it and its criminal penalties would be unenforceable, because Palm did not follow rulemaking procedures to get it out there. Any criminal penalties to be imposed by the order would be null as well.

They claimed that Order 28 falls under the statutory definition of a “rule” because of one particular phrase. The statute outlines that a “general order of general application” is a rule by law. This phrase was key to the Legislature’s argument, and to the Court’s interpretation of the statute.

The argument of the Legislature was that Order 28 fulfilled this requirement because it applied to everyone in Wisconsin.

Palm contended that the order applying to everyone in the state was not enough to justify its classification as a rule. She instead claimed that it was an “order of state-wide application,” which she could issue without having to follow procedure. Palm argued that as Secretary of the DHS, she had broad authority to impose regulation to control communicable diseases. The Court did not appreciate this argument, since in their view, her authority came at the expense of peoples’ fundamental liberties.

In fact, the Court did not view Palm’s actions or arguments very favorably at all. The Court’s previous interpretations of the “rule” statute were such that if a class of people being regulated by an order were described in general terms, and new members could be added to the class, then the order was a general order of general application. Since Order 28 applied to everyone in Wisconsin, present and future, it met this standard.

In its decision, the Court described Palm’s actions as “controlling, subjective judgment,” stating that rulemaking procedures were in place to prevent this sort of behavior. They held that she did not have the authority to issue an order like this, nor to enforce it with criminal penalties. Palm’s arguments that there were exceptions for emergency procedures did not hold water with the Court, which found that none of the exceptions applied here.

Ultimately, the Court found Order 28 to be unenforceable because it met the statutory definition of a rule, and was not enacted under standard procedure.

The results of the Wisconsin Supreme Court’s decision were that restrictions on non-essential business have been eased, yet social distancing guidelines are still being encouraged state-wide. Some local governments have adopted their own stay-at-home orders, but there is nothing comprehensive for the whole state.